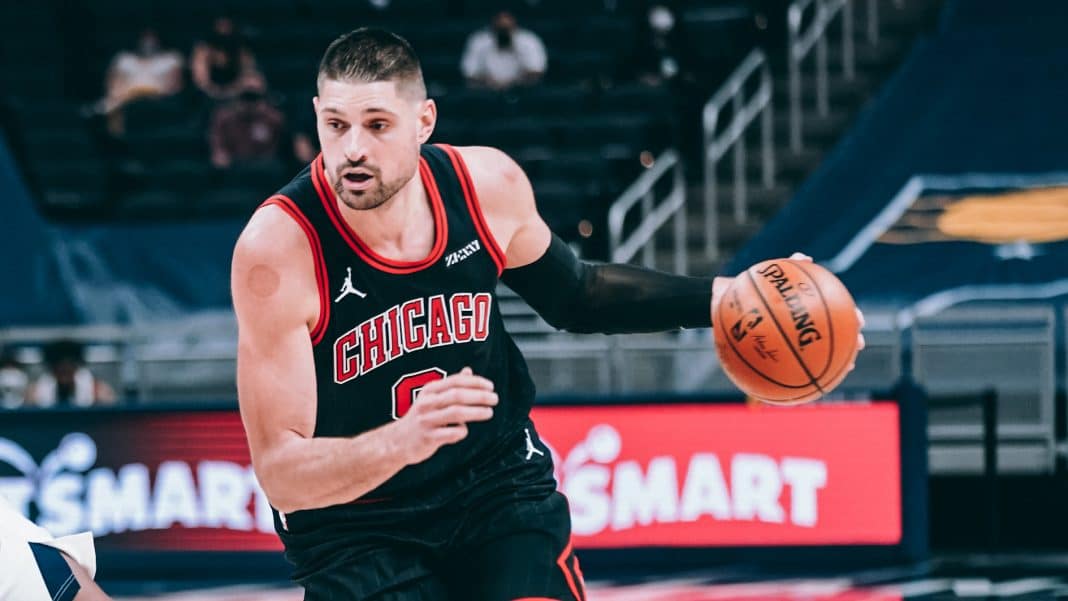 The Bulls got a very important win last night against the Indiana Pacers. They capped off just their sixth game together as a new unit. While they are sitting at a record of 2-4 since the trade deadline the team appears to be heating up. Coming off their first win as a new unit on Sunday the Bulls had hoped to carry that momentum into last night’s key matchup. The Bulls beat the Pacers 113-97 and looked to be in control for the majority of the game. New Bulls center Nikola Vucevic took over the game and ensured the win.

Nikola Vucevic had his best game with the Bulls.

He joins Pau Gasol and Joakim Noah as the only Bulls players with a 30/15/5 game since the Jordan era. pic.twitter.com/Nr5HsgdPEa

The Bulls as a whole looked good. They played as one unit and shared the ball. This team is just beginning to get in rhythm with one another and that will only get stronger as they continue playing with one another. While we are only six games in with this new squad one thing appears to be true, the Bulls made the right call bringing in Vucevic.

The LaVine-Vucevic combo can be lethal

Even though we are only six games into having two All-Stars on this Bulls team, we can already see the impact that these two can have. Zach LaVine has always needed a center who can screen and roll to the basket with authority. He now has that in Nikola Vucevic. There’s still a lot of progress to be made but it’s clear that these two are starting to click.

This is going to be huge for the Bulls as they get more comfortable with one another. LaVine no longer needs to be the scoring threat for the team as Vucevic can put up just as many points. Their pick and roll game requires defenses to make a decision and it’s either they pick up LaVine or Vucevic. This makes them a lethal combination. It seems like these two know just how good they can be with one another on the court.

"Us in the pick and roll is going to be deadly moving forward."
– Zach LaVine on Nikola Vucevic

LaVine is aware of just how good they can be together and that is the main reason why the front office brought Vucevic to Chicago. Since Vucevic has come to Chicago he has led the team in scoring 5 out of 6 games. He has been taking over as the Bull’s primary offensive weapon and LaVine is okay with that.

You cool if your volume numbers potentially dip with Nikola Vucevic on board?

This is key for a stable locker room. Often you see trades happen that lower player’s minutes or scoring and it causes a riff. It looks like LaVine knows what his output means to the team and is ready to continue working with him.

The next 10 games are important

The Bulls are currently the 10th seed in the Eastern Conference. They are one game behind the 9th place Pacers who they beat last night. Over the next ten games, they will be facing off against teams with a combined record of 213-286 (0.427). If they want to ensure themselves a spot in the playoffs these next ten games are very important.

The Bulls next 10 games:

This is going to be the most important stretch of games this season. Combined record of 213-286 (0.43) It's time for them to push for the playoffs. #BullsNation

The Bull’s toughest opponents during this stretch include Atlanta, Boston, & Charlotte. The Bulls need to come out of this stretch with a winning record to keep themselves in the chase. In the current standings, the Bulls are only 5 games out from being the 4th seed in the Eastern Conference. A strong push here and they could find themselves at a middle-of-the-road-seed. This team is starting to click at the right time and a favorable schedule could be exactly what they need to start working with one another.

Will we see the Bulls in the playoffs this year?

100%. Multiple factors that come into play when answering this. The first is the Eastern Conference, to put it frankly, it’s bad. The Eastern conference is pretty much wide open except for the top 3 seeds. The Atlanta Hawks are three games above .500 and they are the 4-seed.

The second factor is the Bulls now have a legit duo in Vucevic and LaVine. Even before this trade, the Bulls were hanging tough in the 9/10 seed. Now with a major improvement at center, this team is only just beginning their run for the playoffs. Unless there is some major injury I 100% believe the Bulls will find themselves in the playoffs. Whether that be in one of the play-in games or as a 5/6 seed the Bulls will be playing in the playoffs. 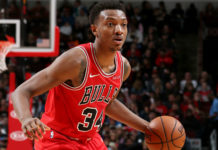