The Chicago Bulls Have Officially Been Eliminated From Playoff Contention

Well, Bulls fans it’s over. After the Washington Wizards win tonight the Bulls have officially been eliminated from the 2021 playoffs before they even began. The writing was on the walls but now it’s official. The Bulls did this one to themselves. Throughout the season they had 6 different stretches of losing 3+ games in a row. In the month of March, they lost 6 straight. While this certainly stings it wasn’t a complete surprise. The Bulls needed a lot of help just to get into the play-in game. The Bulls have three games remaining and the only thing they have left to do is build chemistry with one another.

High lottery odds are ideal, but there is undoubtedly value in playing like this to end the season too.

Look at what the Suns did last year. Not saying at all that’s who the Bulls will be, but building chemistry/momentum is key before a big offseason. It can change things.

While the Bulls aren’t exactly in the same boat as the Suns these last three games are important. We know that shooting guard Zach LaVine and Center Nikola Vucevic are going to remain with the team. Using these last 2 games to continue building chemistry with one another is essential. While there will certainly be a new point guard on the team come next season these two can still figure out how to work with one another. This Bulls offseason needs to be filled with moves if this team wants to make a name for themselves in the East.

Another season with a losing record

This will be the 4th straight year that the Bulls will finish with a losing record. It’s painful to see especially with the hype created after the Bull’s big trade. Unfortunately, we didn’t see the impact we expected post-trade deadline. Sadly this is the best season the Bulls have had in 4 years.

Last night the Chicago Bulls won their 30th game of the season.

But that doesn’t mean there’s no hope for next season. The main piece the Bulls traded for was Vucevic. They wanted to pair LaVine with another All-Star. Vucevic has been playing incredibly since joining the Bulls. Since joining the Bulls he’s averaged 22.0 PPG, .481 %FG, 11.6 RPG, & 4.0 APG. He’s been extremely consistent for the Bulls.

That's Nikola Vucevic's 15th double-double in 23 games with the Bulls.

There should be very little concern from Bulls fans about Vucevic performing next year. The same goes for LaVine. He can absolutely still perform offensively. It’s going to be a matter of who else can the Bulls put around them this offseason.

LaVine isn’t happy about it

To no one’s surprise, Zach LaVine isn’t thrilled about missing the playoffs yet again. In his 7 year career, he’s never been in the playoffs.

Zach LaVine said it's "upsetting" and "sucks" that the Chicago Bulls will likely miss the playoffs this season.

LaVine: "I want to be in the playoffs and be on that stage. We are just not there yet."

While we feel for Zach this doesn’t sound like someone who’s ready to quit on his team. After the big acquisition to get Vucevic I think LaVine finally feels supported by the Bulls front office. He knows that the team is building the future around him. This offseason is going to be telling. If the Bulls are serious about creating a winning team they are going to need to make some big moves to bring in skilled players. The young core didn’t work well this season and a few of those players need to go. If the Bulls want to keep LaVine and Vucevic happy they will listen to what they think the team needs.

Get ready for the offseason

Prepare yourself for a lot of speculation once we get into the offseason. There will certainly be talk during the playoffs but as soon as we get out of those the rumors will begin to appear. The Bulls will be tied to countless free agents and trade targets. It’s tough to believe any of the rumors considering the Bulls made a massive trade and no one was prepared for it. The Bull’s front office is very quiet about their moves. Executive Vice President of Basketball Operations Artūras Karnišovas will likely keep it that way. 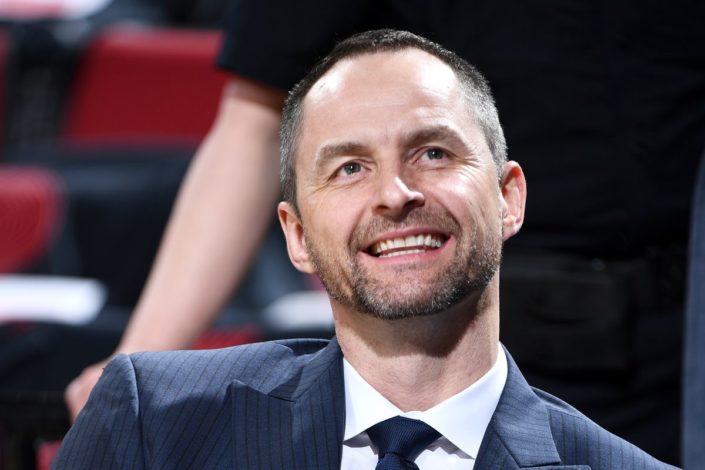 This man is going to have the most important offseason of his career. Bulls fans have been patient long enough and want to win now. Stay tuned for any and every rumor that comes out regarding the Bull’s offseason moves. It will be hard to know what the front office will actually do but we will be sure to cover it all.

Ayo Donsumu has been the surprise of the Chicago...
Chicago Bulls News

The Bulls pulled out a dominant win over the...
Chicago Bulls News

The Bulls are set to face off against the...
Chicago Bulls News

The hometown kid is back at it again. And...
Chicago Bulls News

Bulls Take Down Best Team In The East Short-Handed

After beating the Knicks and the Nets in their...
Chicago Bulls News

DeMar DeRozan Is Getting The Respect He Rightfully Deserves

Bulls star Zach LaVine has always been a confident...