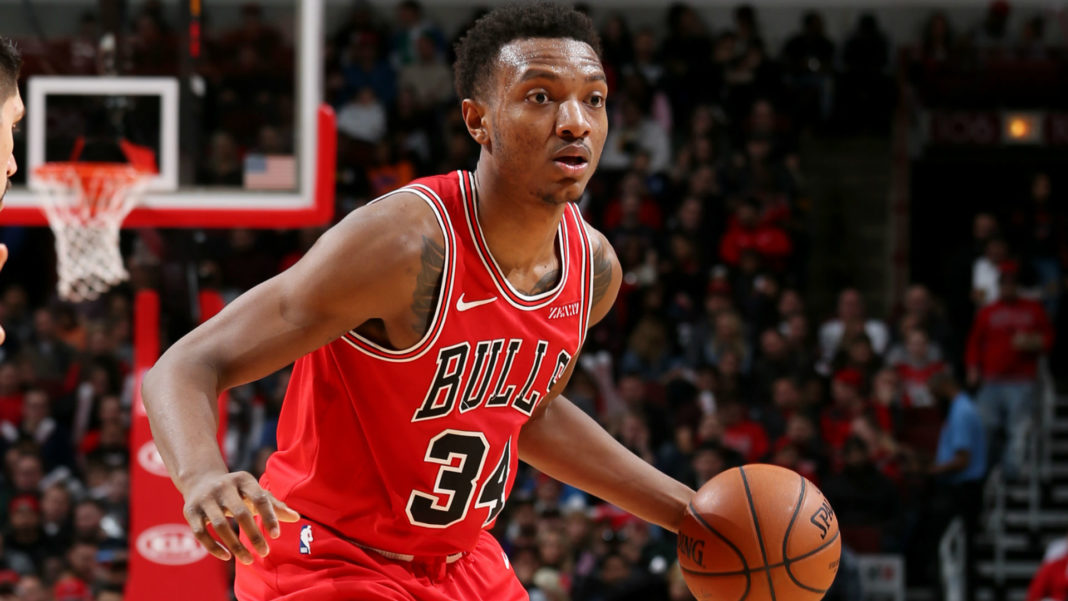 The Bulls have come out of the All-Star break flat. They have lost both games in convincing fashion as the offense struggled to score. This hasn’t gone unnoticed by head coach Billy Donovan and it looks like he’s seen enough. Heading into the third game of the second half of the season it looks like there will be a change in the starting lineup.

Per sources it’s sounding like Donovan is going to be swapping out center Wendell Carter Jr and guard Coby White. He will be adding two veteran players in guard Tomáš Satoranský and Forward Thaddeus Young. Anyone who has been watching the Bulls this season would most likely agree that this is a much-needed change. However, if you need more convincing let’s look at the numbers this year.

The Bulls starting five by the numbers

For starters let’s take a look at Carter Jr. His numbers this season look, well, not good. His struggles go beyond his individual numbers as they have been affecting the team’s net rating.

I'm not saying to panic and make a rash move, but these on/off court numbers for Wendell Carter Jr this season are VERY concerning pic.twitter.com/qKt5cPhs2N

It’s hard to argue with these numbers this season. Even just looking at his individual stats you can see Carter Jr. is struggling. He’s averaging 11.8 PPG and 7.9 RPG. That’s actually his best points per game average of his career however, he looks uncomfortable at times on the floor. Even Carter Jr. knows he’s been playing poorly and I believe this benching will be good for him.

"These last couple of games have frustrated the shit out of me."
– Chicago Bulls center Wendell Carter Jr

Let’s hope this benching will light a fire under Carter Jr. and he will come back stronger than before.

The next Bulls player who will be headed to the bench is PG Coby White. This season Donovan was focused on moulding White into a true point guard. It hasn’t gone great as White has struggled to turn into a floor general. White absolutely can score and has a great shot but being the facilitator for the team hasn’t seemed to work. The Bulls already have shooting guard Zach LaVine on the floor who is there to score and create his own opportunities. Having essentially two shooting guards on the court hasn’t seemed to work.

Really getting Zach and Coby split up is a really good idea. As much as you can limit their minutes together, it's better for the team. #BullsNation pic.twitter.com/2KrSJLT8mz

The stats don’t lie. With them both on the floor the teams net rating is at -7.81, when they are on the floor separately you see the exact opposite. Donovan appears to be aware of that and he wants to see how that will work. This gives White a good opportunity to cook off the bench along with Carter Jr. This will be a good move for all of them.

Under the new proposed lineup Donovan is adding two players with more experience than the current starters. While Tomáš Satoranský has only been in the league for five seasons he’s started in 151 games in his career compared to White’s 37. On the other side of that you have Thaddeus Young who has been in the league for 14 years. This adds two experienced players to the lineup that can help facilitate the ball and make decisions that the younger guys might be missing.

The Bulls young core has only truly played in 8 games together. They have a 2-6 record and a -17.6 net rating. Simply put they just haven’t worked together. This change is much needed for this team and it’s refreshing to have a coach who is willing to make those tough calls.

The Bulls face off against the Toronto Raptors tonight and this will be the first look at the reported new starting lineup. Keep an eye on how this team is moving the ball with this new lineup. They haven’t looked comfortable with this young starting lineup. Hopefully under this new lineup we will get to see the offense get back to where it was before the break. Regardless of what happens let’s be grateful that we have a coach willing to change the lineup when things aren’t working out.