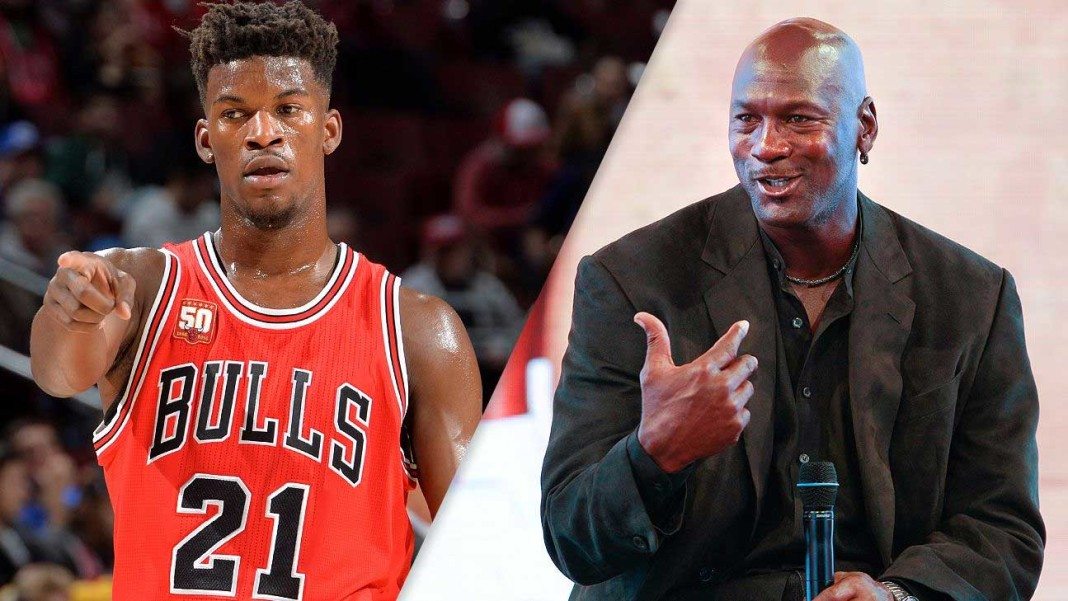 You’ve got to be kidding me, right?

You have to love the internet sometimes.

The latest rumor to be floated out there by none other than Terez Owenz, is that the Chicago Bulls‘ Jimmy Butler is the illegitimate son of Michael Jordan.

Jimmy Butler broke the Chicago Bulls’ franchise record for most points in a half set by Michael Jordan earlier in the season. The two have a striking resemblance, and one tipster tells us there’s a reason why. Butler may be MJ’s illegitimate child. This sounds crazy but they do look a lot alike. – T.O.

It’s possible the “rumor” – and at this point it is ONLY a rumor – came from late last year when CBS Sports did a story about Jordan and Butler playing in a basketball camp together.

Despite the fact that Jordan is now 52-years-old and Butler is just 26, Jordan beat him in a number of different shooting contests, according to the CBS story.

At one point, CBS reports that Jordan said to Butler, “Son, you’ll never be like me, pass the ball to your teammates.”

Ironically, on Jan. 3, Butler broke Jordan’s record for most points scored in a half with 40 in a win against the Toronto Raptors.

After Butler broke the record and was asked about it by Dan Roan of WGN, he replied:

According to the rumor, Butler could very well be Jordan’s “secret” son.

The two have a striking resemblance, and one tipster tells us there’s a reason why. Butler may be MJ’s illegitimate child. This sounds crazy, but they do look a lot alike.

Michael Jordan claims the child born out of wedlock is possibly Jimmy Butler, the unwanted love child from 1988 that he covered up to save his marriage.

Jimmy took on his mother’s surname of Butler and is reported that she was paid off so Jordan’s public image and legacy would not be tarnished.

After 13 years, Jimmy’s mom kicked him out of the house because the payments stopped.

Jordan had a kid with a woman at or around the time Butler was conceived. It was well documented and is even reported that he tried to sneak into the hospital and that she received 23 roses while in the delivery room.

I highly doubt this rumor has an ounce of validity, but it was too damn funny not to share.