As the Bulls entered this season they had a decision to make, sign forward Lauri Markkanen to an extension or let him play out his contract. In the end, the two sides couldn’t come up with an agreeable contract and here we are. Markkanen is set to be a restricted free agent after this season. This scenario put Markkanen in a new position this season. He needs to prove that he hasn’t hit his ceiling yet as a player and show the Bulls why they should re-sign him. Markkanen has played in 12 games this season and so far he’s making his case for a new contract.

Through his first 12 games, Lauri is averaging 20.5 PPG, 51.8 %FG, 41.3 %3FG, & 6.3 RPG. He is playing the best basketball of his four-year career right now. He’s showing improvement on the defensive side of the floor on top of his offensive performance. He appears to be playing with more fire and his teammates are noticing.

Zach LaVine on Lauri Markkanen: "Obviously we all understand his situation. He's going out there proving what he's worth. And we like that chip on his shoulder."

There were questions about how Markkanen would respond coming into this season, so far he’s shown up in games. A lot of his improvements appear to be coming from him being more aggressive. Markkanen may just be getting to his best basketball of the season and I’m sure he wants to see that continue. Just look at how he’s performed over the last two games for the Bulls.

Markkanen is not only scoring more but he’s shooting at a high percentage. He’s taking and making smart shots. He’s been a difference-maker in his 12 appearances this year. It looks like not getting that contract has only fueled Markkanen’s fire.

Lauri wants to stay in Chicago

When it comes to loyalty to the team and the city of Chicago it looks like Lauri has no desire to leave. Ahead of the deadline to extend Markkanen he publicly stated that he wanted to stay in Chicago.

#BullsNation Lauri Markkanen is pushing for his agent to get an extension done before the 12/21 deadline.

“I really want to be here for the long term. So I’m putting some pressure on my agent to get it done." #NBA #NBATwitter pic.twitter.com/iA2TJfgsUy

Markkanen wanted to get a deal done and by all accounts, it looked like the Bulls did as well. Obviously, that didn’t happen as the two sides couldn’t find a number they both agreed on. But Markkanen still appears to want to stay in the city of Chicago. A lot can happen between now and the end of the season so that will be something to monitor. After the contract extension didn’t happen Lauri stayed pretty quiet about it.

“They had their reasons” for not doing the extension, Markkanen says.

It looks like that was enough to light a fire under Markkanen. Hopefully, he is doing all of this in an effort to stick around in Chicago. However, it’s important to note that if Markkanen continues playing at this level there will be many teams lining up to try and grab him at the end of the season.

Since the Bulls didn’t give Markkanen a contract extension they could be in a tough spot come seasons end. Markkanen is a restricted free agent which means the Bulls will be able to match any offer for him. That’s where things could get dicey. If the team 100% wants Markkanen back the price tag could be too high depending on how the remainder of the season goes. If another team offers a huge sum for Markkanen the Bulls would need to match that in order to get him back. That price tag could be way more than the Bulls had expected and they may have to let him walk. 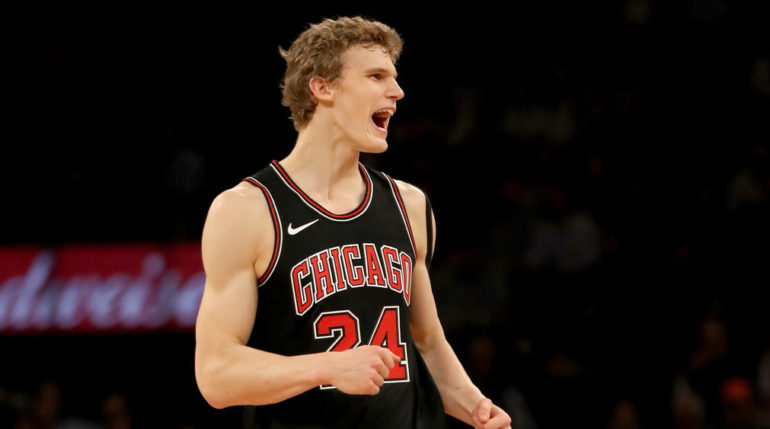 One reason why Markkanen has been playing better this season is because of new head coach Billy Donovan. Donovan preached playing to the player’s strengths. It looks like he is doing that when it comes to Markkanen. Instead of forcing him into situations that he isn’t comfortable with he is letting him get in a groove. It appears that coach Donovan has full confidence in Markkanen and wants to put him in positions to be productive. It’s also possible that Donovan just reminded him that he can shoot it from anywhere and has size.

Lauri Markkanen is such a different player this season. No, he hasn’t been perfect, but he looks way more engaged.

He’s a seven-footer who you have to respect at any spot on the court, and it seems like Billy Donovan has made him remember that.

Regardless of what it is, he’s playing well right now. There’s still a lot of season left and anything could happen. One thing is for sure if Markkanen continues to play like this the Bulls are going to need to cough up quite a bit of money to keep him around. Teams that are looking for one more piece to push for a championship would undoubtedly be gunning for Markkanen. It will be interesting to see how the rest of this year plays out. Right now Markkanen is proving his worth to the Chicago Bulls. 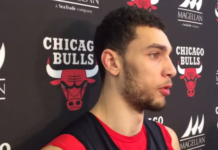 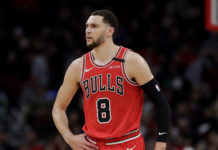