The Chicago Bulls have released their training camp roster. pic.twitter.com/0cZ4o0cWY0

While there aren’t any surprises on this roster it does open up a few good questions for this team as to who will make it through and who won’t. There are 19 players being brought into training camp and once all is said and done there can only be 15 on the roster and 2 two-way players. Ahead of training camp, the Bulls added two players who were assumed to be just training camp players. However, there is a possibility that one of them could grab a roster spot.

The Bulls signed free agent Center Noah Vonleh on Thanksgiving day and this will be his second stint with the Bulls. During his 21 games with the Bulls, he had the second-best statistical stretch of his career. Vonleh averaged 6.9 PPG, 6.9 RPG, & 41.3 FG%. These numbers aren’t eye-popping but they are solid support numbers.

This is where things get interesting for Vonleh. There is one potential center spot that could open up based on his camp performance. If Vonleh balls out during the 5-day training camp the Bulls may trim some fat from the team to give him a spot. The fat I am referring to is Bulls Center, Cristiano Felicio. 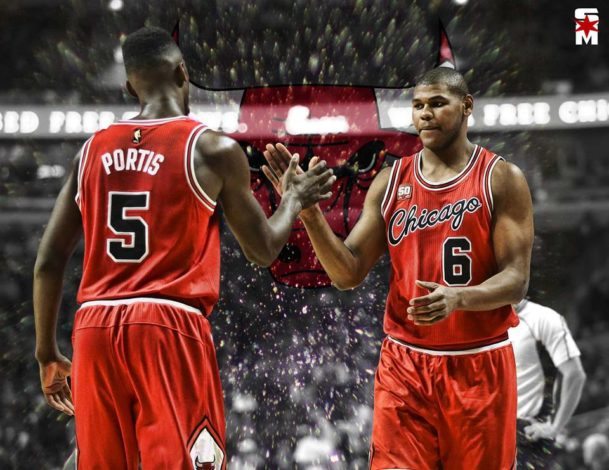 Felicio was drafted by the Bulls in 2015 and hasn’t turned into much of anything as a player. In this previous season, Felicio played in 22 games and averaged 3.9 PPG, 4.6 RPG, & 63.0 FG%. He hasn’t been what the Bulls expected and he has been riding the bench over the last couple of years. However, there’s one reason the Bulls haven’t gotten rid of him.

Felicio may not be a great center but he sure did a good job of grabbing as much money as he could from the Bulls. In 2017 the Bulls reached an extension agreement with Felicio which equated to a 4 year $32 million extension. This will be the final year of Felicio’s contract but the Bulls would eat that money if he’s released. In case you are wondering how much money they will lose it’s $7,529,000. That’s a lot of dead money to give up.

However, if the Bulls think he will be riding the bench again this year they may need to move on. It all boils down to who will be more productive with their minutes. If the Bulls believe Vonleh is that guy then there’s no reason to keep Felicio. The money loss will sting but the depth at the center position could pay off down the road.

Another addition ahead of training camp was free-agent guard Zach Norvell Jr. He came into the league last year after being picked up as an undrafted free agent. Norvell spent this previous year on both the Los Angeles Lakers and the Golden State Warriors. He only saw about 40 minutes worth of playing time at the NBA level last season. He spent the rest of his time with the team’s G league affiliates. Norvell Jr. seems to only be around for training camp purposes. The Bulls have 9 guards on the roster for training camp and Norvell doesn’t look like he will take one of those spots from someone else. The two-way contracts are already locked up so he would have to outperform one of the players who already have a roster spot to stick around.

He will most likely find himself on a G League team at some point this year but it won’t be with the Bulls.

Don’t expect a whole lot to shake up after training camp concludes. The only realistic move would be the Bulls showing Felicio the door. Even that move may be a stretch. The Bulls should go into the preseason with a similar roster to last year’s regular-season roster. Expect this training camp, preseason, and regular season to be an evaluation year for this team. The Bulls have a lot of expiring contracts after this season and they want to understand who’s worth keeping around and who to drop. Then they will swing for the fences in free agency next year. 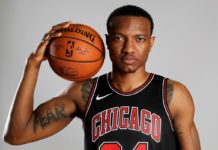 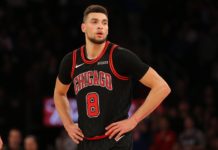 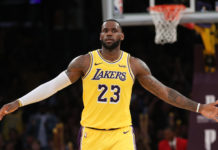