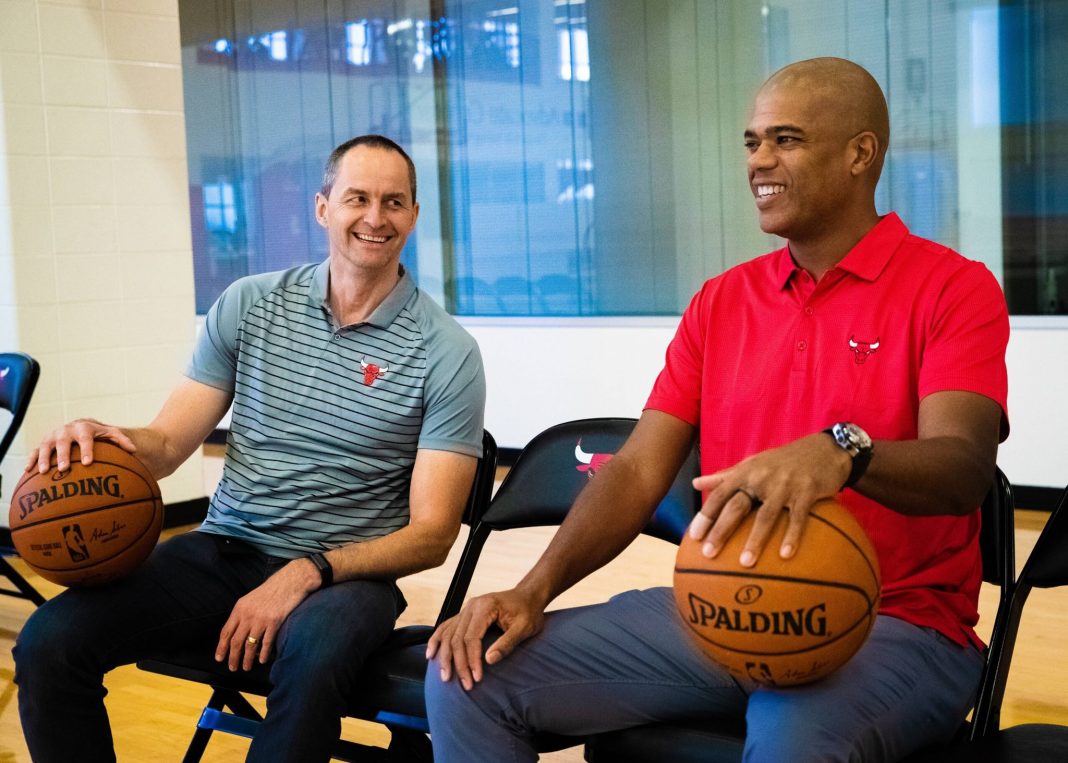 If you ask a Chicago Bulls fan about what they just did in free agency they will likely have good things to say. The Bulls added two new starters to a team that went 31-41 last season. They completely changed the trajectory of a team in just over a year. The Bulls now look to be contenders in the Eastern Conference. That has Bulls fans everywhere excited. Now that the excitement of free agency has started to wind down ESPN ranked the best and worst free agency moves. Surprisingly the Bulls landed on both ends of that spectrum. The Bulls two new starters got very similar contracts but very different reactions to them.

The signing that was graded as the best value-free agency contract was none other than Bulls point guard Lonzo Ball. Originally the reported deal was 4 years $85 million. When the final details came out the deal was slightly under that number.

Lonzo Ball's four-year deal in a S&T to the Chicago Bulls came in slightly less than was reported:

Final season is a player option. $1M in unlikely bonus money per season for Ball.@spotrac

There are a few reasons this deal is rated as the best value. For starters, Lonzo Ball is only 23 years old. He still has many years ahead of him and hasn’t even hit his prime. Another reason is when you look at the other guards that were signed in free agency. While Ball gets more money per season he’s much younger than some of the other big-money guards taken. Take into account guard Evan Fournier signed for $19.5 million per year and he’s 28, guard Tim Hardaway Jr. signed for $18.5 million per year and he’s 29. The guard market had a high price tag and the Bulls had to pay this price to get Lonzo. There’s much more upside here with a 23-year-old guard. The Bulls needed a facilitator for their offense and Lonzo has averaged 6.4 APG over his career.

Paying this price was absolutely worth it for the Bulls and his upside is what gives this signing an A+ rating.

The worst value free agency contract according to ESPN was that of forward DeMar DeRozan.

When all the details were ironed out it came out to being $82 million fully guaranteed for DeRozan. While I can agree this was a bit of money for a 32-year-old DeRozan it certainly wasn’t the worst contract handed out during free agency. DeRozan is coming off a 21.6 PPG & 6.9 APG season. He can still play at a high level in the NBA and isn’t showing signs of regression. However, the reasoning behind this being the worst value signing of free agency is based on the team’s future. This deal and Lonzo Ball’s deal put the Bulls in a position where they will need to go into the luxury tax next season in order to pay shooting guard Zach LaVine. This in turn makes the Bulls a very pricey roster. If the team is successful then the price really doesn’t matter.

They go on to say that the Bulls overpaid in more than one way. The sign and trade acquisition for DeRozan included both players and picks.

The San Antonio Spurs have officially announced the DeMar DeRozan sign-and-trade to the Chicago Bulls.

They add Al-Farouq Aminu, Thaddeus Young, a future first round pick and a 2022 and 2025 second round pick.

The deal included forward Thaddeus Young who was a key contributor for the Bulls last season. On top of that, it included a 1st round pick and two 2nd round picks. Those picks were likely added in to entice the Spurs to take on the contract of Al-Farouq Aminu. While that was a lot to bring over DeRozan in the grand scheme of things it isn’t as bad as it’s made out to be. Young was a great contributor last season, but he wasn’t a long-term solution. Losing Young isn’t going to be a reason why the Bulls fail. The tough part for this trade was the 1st round pick.

The Bulls front office sees a window now. In order to be competitive, they gave up what they had to. This pick entices the Spurs to take on a big contract in Aminu and send DeRozan to Chicago. The 2nd round picks sweeten the deal to where they couldn’t say no. For the Bulls, this is a move that they felt they had to make to succeed now. While others may think they overpaid with the trade I think this is exactly what it had to take to get there.

The obvious statement here is only time will tell. This team could go on to do great things and none of the money or trades will matter in the end. If it blows up these deals will be picked apart piece by piece. The Bulls appear to have built a solid starting five. While it took losing some players and picks the value is still to be determined.