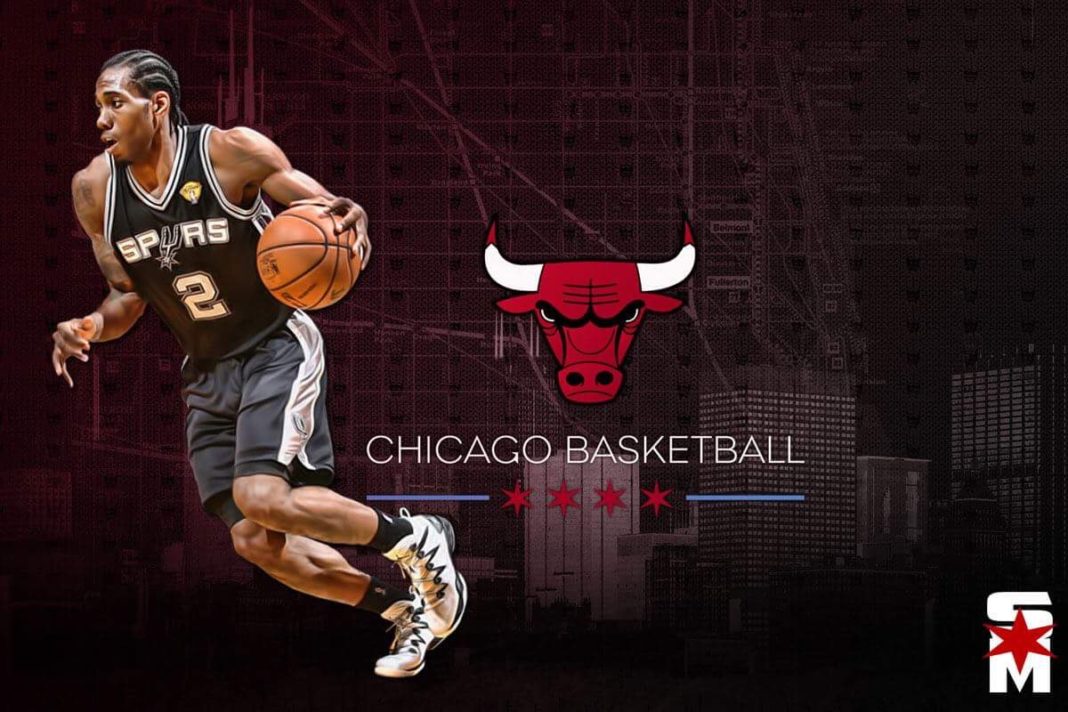 No seriously, he did.

"The Chicago Bulls definitely have a trade package to put together for Kawhi Leonard."
– @WindhorstESPN on ESPN 1000

Ok, so, that’s extremely exciting. When healthy, Leonard’s probably a top 4 or so player in the league. The Bulls have had just one player since Michale Jordan retired that was capable of making the kind of impact Leonard can, and that player lasted less than four years before his knees exploded.

Ok, now on to the not exciting part. This trade isn’t happening. There are three reasons for that.

#1-Any Trade Would Involve Lauri Markkanen

To get Leonard the Bulls will have to part with Markkanen and both of their first rounders, at least. With Leonard’s contract and Zach LaVine’s pending raise, The Bulls won’t have enough cap space to improve their starting five from Kris Dunn-LaVine-Leonard-Bobby Portis-Robin Lopez. That starting five isn’t getting the Bulls past Boston or Philly.

If Leonard is indeed on the table, there will be 29 teams bidding for his services. If you don’t think there are multiple teams out there that could beat the Bulls’ best offer, you’re crazy.

#3-Kawhi Won’t Re-Sign With The Bulls

This one’s pretty self-explanatory. He can opt out of the final year of his contract, making him a free agent next offseason. He’s not passing up free agency to sign with the Bulls.

So, sorry to stomp all of the hope out of you, Bulls fans, but Kawhi Leonard isn’t coming to Chicago.