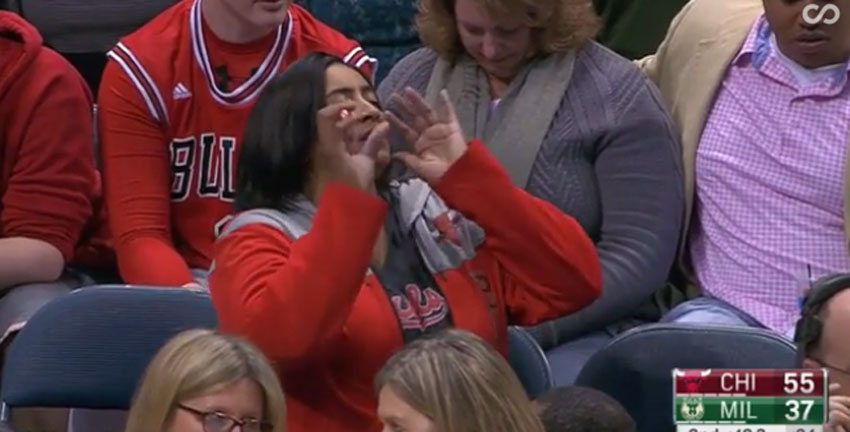 Chicago Bulls fan-favorite, and WGN television host,  Stacey King, had his hands full last night. During the Bulls 102-98 win, a female fan in the audience apparently gave King as much as he could take before he finally addressed the situation when the microphones continued to pick up the lady’s voice yelling in the background.

Check out the video.

“Ok, this lady behind me is a true fan but she is quite annoying.” Stacey King said.

“I mean she has been yelling in my mic the whole night. She is a true Bulls fan, we love you …” King says before he’s interrupted by another “Let’s go Bulls, let’s go.”

Some Bulls fan have indicated that it’s Lola Jefferson and she works at the United Center. Wonder if King knew that.

Awesome. (props to @_MarcusD_ for the GIF)