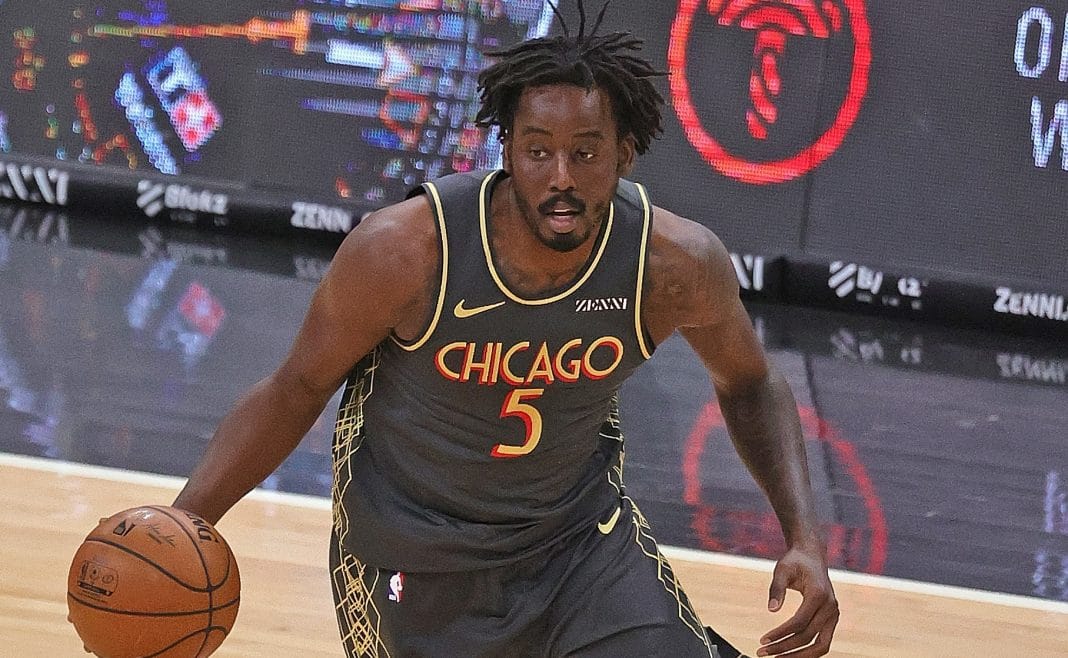 The Bulls made a blockbuster trade this season acquiring center Nikola Vucevic. Along with Vucevic they also brought in forward Al-Farouq Aminu. He didn’t see the floor much for the Bulls this season playing in only six games. Regardless of the amount of time, he saw on the floor Aminu is planning to exercise his player option and remain with the team.

Chicago Bulls forward Al-Farouq Aminu plans to exercise the $10.2M player option on his contract for next season, sources tell ESPN. Aminu will return to the Bulls in 2021-2022 after arriving with Nikola Vucevic in the deadline deal with Orlando.

This really shouldn’t come as a surprise to anyone. He had a player option that would get him $10.2 million next year. There’s no way that Aminu could fetch that much in free agency. Exercising his player option was going to happen unless his main goal was to sign with one of the top teams in hopes of winning a title. Now that the Bulls will be on the hook for $10.2 million for a player who barely hit the floor what can they do next?

Will Al-Farouq Aminu be on the roster next season?

Knowing this front office it would be hard to see him still on the team when the season begins in October. $10.2 million is just too much for a player to sit on the bench especially with the improvements needed on this team. Since coming to Chicago after the trade deadline Aminu appeared in six games averaging 11.2 minutes per game and scoring 1.5 PPG. Essentially he would come into games during garbage time, that’s it. The Bulls just went through a season with center Cristiano Felicio on the bench taking $7.5 million to not play. They certainly won’t want to do that again.

At this point, it’s almost a guarantee if the Bulls make a trade Aminu will be in whatever they are shipping out. If a trade is made to acquire someone with a high price tag Aminu will get thrown in to offset some of that money pretty much like what happened when he came to the Bulls in the first place. That’s most likely the only way the Bulls are going to get him off the team’s roster. The Bulls won’t take a hit of $10.2 million in dead cap money. If trade news breaks absolutely expect Aminu to be involved.

If you look at Aminu’s stats over the years it’s clear that he’s regressing. He was coming off a hot season in Portland before he signed with Orlando. He was smart enough to get himself a two-year deal with a player option. Since signing that deal he has appeared in just 41 games over two seasons. He has averaged 4.4 PPG, 33.8 %FG, 23.3 %3FG, & 4.8 RPG. Simply put he’s fallen off. He’s not the player he was in Portland and he was able to cash in before the downfall. Unfortunately for the Bulls, they are on the receiving end of that.

Billy Donovan didn’t use him

The most telling thing about Aminu and how the Bulls view him comes from head coach Billy Donovan. Since coming over in the trade Donovan just didn’t use him. It seemed that from the jump he knew that Aminu wasn’t going to work in his system. Here we are now with Aminu planning to stick around and get his money. Aminu certainly knows that his NBA career is coming to an end and he wants to ensure he gets his money. You can’t blame the guy there. However, this season told us what we needed to know. Donovan doesn’t have a use for Aminu in his plan. If the Bulls can’t throw him into some trade then he will just ride the bench and fill in barring any injuries.

The Bulls front office is quite crafty and if they can move him I’m sure they will. Welcome to the beginning of the Bulls offseason. As the playoffs are beginning for other teams the Bulls are planning for the future. As of right now, Aminu is going to be part of the Bull’s future.