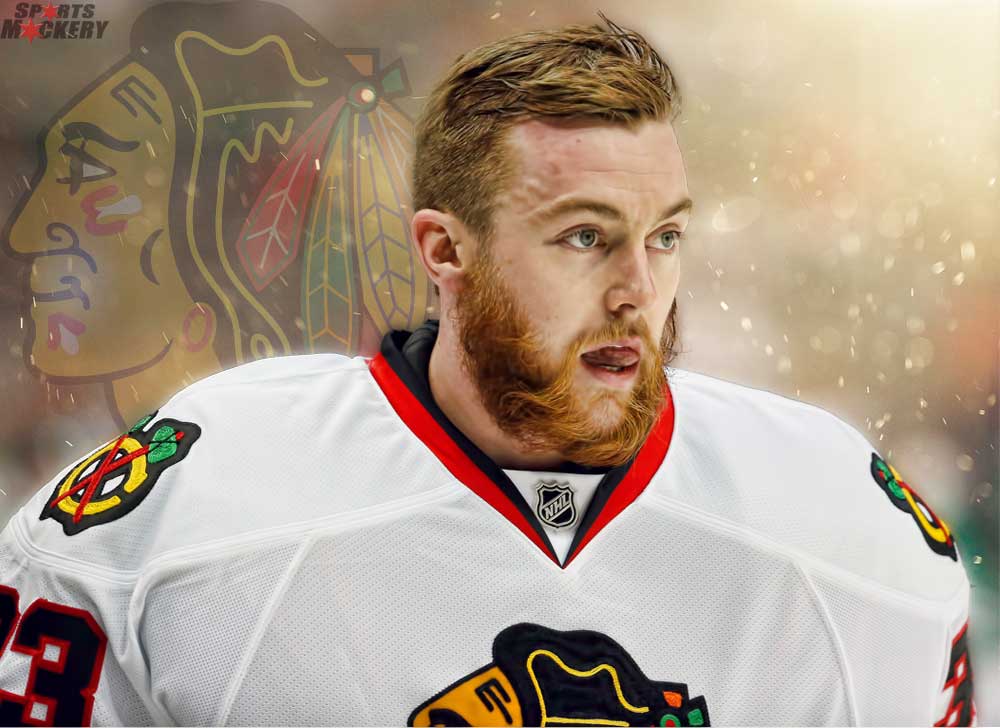 2015 Stanley Cup champion goaltender Scott Darling is returning to the Blackhawks organization after the Rockford IceHogs signed him to a professional tryout on Monday. Darling, now 32, last played in the NHL during the 2018-19 regular season for the Carolina Hurricanes. In three years with the Blackhawks (2014-17), Darling, a Lemont, Illinois native, posted a 39-17-9 record with a 2.37 goals-against average, .923 save percentage, and four shutouts.

Scott Darling, a 2015 #StanleyCup champion with the #Blackhawks, has signed a PTO with the Rockford #IceHogs.

A Trip Down Memory Lane

After graduating from the University of Maine in 2010, Darling spent the next five years working his way up to the NHL from the lowest professional leagues in North America, including stops with the Louisiana IceGators and Mississippi RiverKings of the Southern Professional Hockey League (yes, those are real teams in a real league). The former sixth-round pick of the Arizona Coyotes also battled issues with alcoholism and anxiety, both of which he courageously overcame.

Darling signed on with the Blackhawks ahead of the 2014-15 season and spent most of the year playing for the IceHogs. But heading into the postseason, Darling slid into the backup goaltender role and wound up playing a HUGE part in the Hawks’ third Stanley Cup in six seasons. With Corey Crawford struggling early on in the first round against the Nashville Predators, Darling started the final four games of the series, posting a 3-1 record with a 2.28 goals-against average and .936 save percentage. In Game 1, Darling relieved Crawford and stopped all 42 shots faced, leading the Blackhawks to a 4-3 overtime victory.

WARNING: Darling Will Not Play An NHL Game With The Blackhawks

Before everyone starts assuming that Darling will make an appearance with the Blackhawks this season, it’s important to remember that he has not been good since leaving the franchise in 2017.

Then, after failing to sign with a team in North America, Darling went overseas and played with HC Innsbruck in Austria during 2019-20. Once again, the former Stanley Cup champ looked like a shell of his old self, going 9-24 with a 3.34 goals-against average and .898 save percentage. Clearly, Darling is FAR from an NHL caliber goalie at this stage of his career.

Darling Will Serve As A Mentor Down in Rockford

The IceHogs opened training camp on Monday, and Darling joined Tom Aubrun, Cale Morris, and Matt Tomkins as the four netminders on the roster. With Kevin Lankinen shining up in the NHL with the Blackhawks, he likely will not be sent down to Rockford ahead of the season opener on Feb. 5. Both Malcolm Subban and Collin Delia would need to clear waivers in order to be sent to Rockford, which is a situation the Blackhawks will want to avoid.

Aside from Darling, Tomkins is the only other goaltender on the IceHogs’ roster with AHL experience. While Darling will receive a start or two from time to time, he is expected to serve a larger role as a mentor for his young teammates. In an organization that he is quite familiar with, Darling will have the chance to get comfortable and be himself. It’s truly a win-win for both parties.

Welcome back to Chicago (and Rockford), Scott!