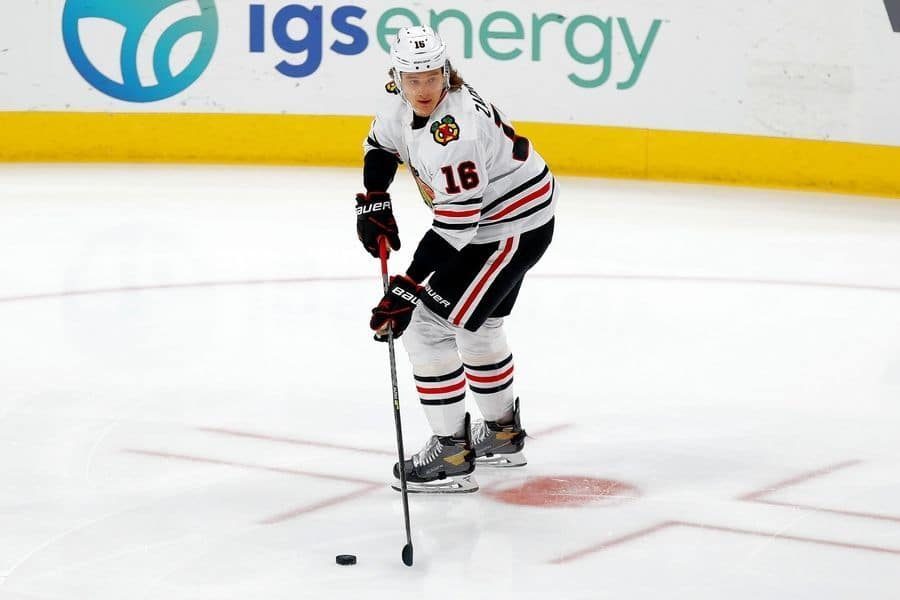 Early Sunday morning, the Chicago Blackhawks agreed to terms with defenseman Riley Stillman on a three-year contract extension with an AAV of $1.35 million. Stillman, 23, was acquired by the Blackhawks along with Brett Connolly, Henrik Borgstrom, and a 2021 seventh-round pick from the Florida Panthers on April 8 in exchange for Lucas Wallmark and Lucas Carlsson.

“It’s great to come into an organization that believes in me and wants me to be here,” Stillman said during his presser on Sunday. “From what I’ve seen here the last two weeks, I love the city of Chicago, the organization all the way through is top notch and I’m really excited to be here.”

Stillman was set to become a restricted free agent at the end of the season but is now signed through 2023-24.

What’s Next For Big Z?

With Stillman’s extension now official, Nikita Zadorov is the lone Blackhawks’ defenseman left unsigned for next year. Stillman has appeared in only six games for the Hawks since the trade, averaging 16:43 of ice time, but the rugged 6-foot-1, 200-pound blueliner has impressed the organization with his physical style of play. Zadorov, of course, plays a similar style on the back end, which could make him expendable this offseason. Just a few weeks ago, Blackhawks GM Stan Bowman listened to offers for Zadorov at the trade deadline but ultimately decided to stay put.

Looking at the numbers, Zadorov is tied for 5th in the NHL with 154 hits through 47 games, which translates to 3.3 per game. Stillman, albeit a small sample size, averages 2.7 hits per game with 16 in six contests for Chicago. Not far off from Zadorov, who is among the league leaders in that department. According to an article by The Athletic’s Scott Powers, Stillman also has the better defensive-zone denial rate and defensive slot-pass completion rate. Again, small sample size, but Stillman has undeniably been a force so far in his short Blackhawks career.

Another detail to consider with Zadorov is that he reportedly will be looking for a small raise on his next contract. Zadorov currently is signed with the Blackhawks for $3.2 million but is expected to ask for $4-4.5 million as a restricted free agent this summer. If the Blackhawks feel confident in Stillman’s abilities, then they could save a couple of bucks by trading Zadorov’s RFA rights. However, Powers does believe that a deal could be worked out if ‘Big Z’ is willing to take a bit of a discount to remain in Chicago.

Stillman’s new deal also likely changes the Blackhawks’ plans for the upcoming Seattle Expansion Draft, which is set to take place on Wednesday, July 21. At the moment, the Hawks are projected to protect seven forwards, three defensemen, and one goaltender. On defense, Duncan Keith (full no-movement clause) must be protected, and Connor Murphy can be penciled in alongside him. For a majority of the season, Zadorov and Calvin de Haan were battling for the third and final protected spot, but Stillman is now expected to fill that seat. Bowman made it abundantly clear on Sunday that Stillman has solidified himself as part of the rebuild on defense.

“Having a young, physical defenseman like Riley in the fold is exciting for the future of our team,” general manager Stan Bowman said. “He is growing into an excellent all-around defenseman, and that continued development is something we look forward to seeing firsthand. We love his size, and his toughness adds another piece to our defense.”

If Stillman does get protected, then Zadorov and/or de Haan would be left exposed unless the Blackhawks switch to protecting four forwards and four defensemen. However, the Hawks risk exposing young forwards like Brandon Hagel, Dylan Strome, or Henrik Borgstrom with that method. 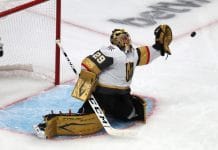 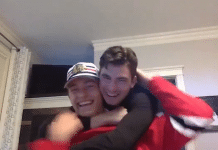