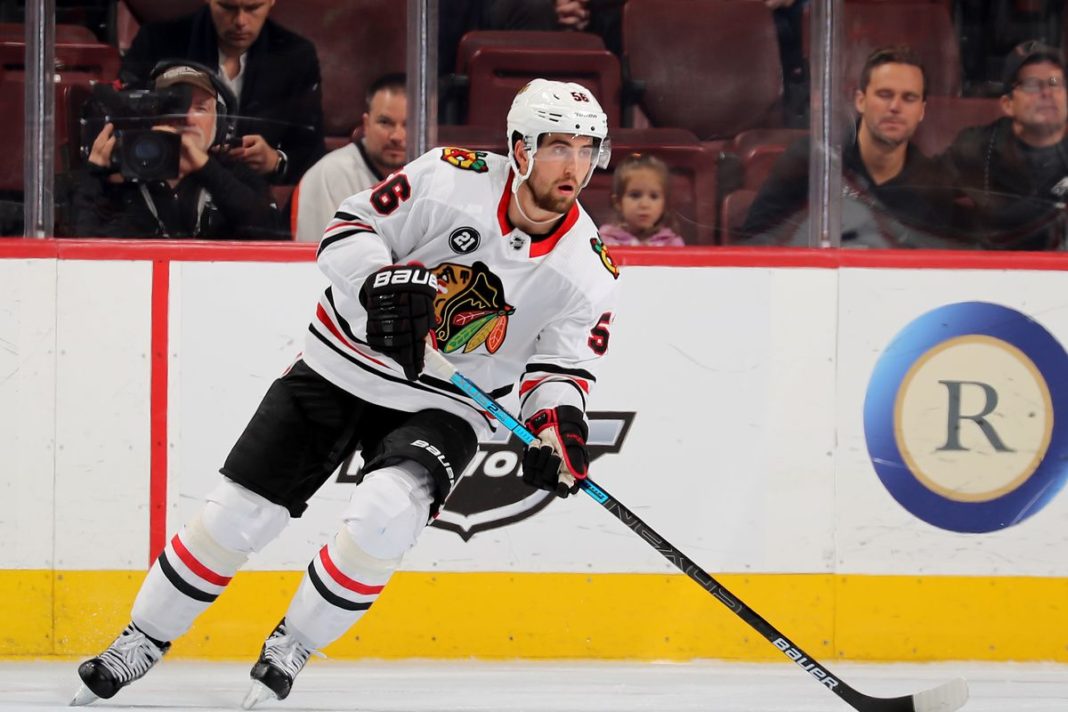 Canadiens GM Marc Bergevin has been spotted multiple times at both Blackhawks and IceHogs games this season.

While the NHL trade deadline isn’t until Feb. 24, 2020, as teams close in on the halfway mark of the season, they begin to get a sense of their club’s identity. The Chicago Blackhawks are off to a 12-13-6 start to the 2019-20 season, and with every devastating loss, the playoffs begin to appear less and less likely.

One Blackhawks player involved in trade talks over the last year is left-handed defenseman Erik Gustafsson. Gustafsson, 27, is set to become an unrestricted free agent this summer. At the moment, it seems quite unrealistic that the Blackhawks bring back Gustafsson in the offseason. Instead of letting him walk for nothing in return, it would be wise for the Hawks to move the Swedish blueliner while he still holds some value. Of course, with just three goals and seven assists through 30 games, the Blackhawks would get pennies on the dollar for Gustafsson, but it’s still better than nothing.

According to sources, the Canadiens are on the search for a left-handed defenseman. The Blackhawks currently have a surplus of left-handed defensemen in their system (Keith, de Haan, Maatta, Gustafsson, Koekkoek, Gilbert, Holm, Beaudin, just to name a few) and certainly could afford to move one of them.

These two teams have made a couple of trades in recent years (Danault for Fleischmann and Weise, Shaw for 2nd round pick, reacquisition of Shaw), and it wouldn’t be surprising to see another deal worked out. Blackhawks GM Stan Bowman loves to trade with the same team multiple times (look at the Coyotes and Hurricanes rosters), and the Canadiens certainly fit that mold.

It’s still a little early to say the Blackhawks are undoubtedly going to trade Gustafsson, but considering the way the season has gone so far, it seems more likely than not. Both the Hawks and Canadiens are currently on the outside of the playoffs looking in, and a potential swap of two struggling players could benefit both teams.

It will be interesting to see if Canadiens GM Marc Bergevin continues to attend Blackhawks and IceHogs games in the future.

For more Blackhawks news and updates, follow the author (@JackBushman2) on Twitter. Make sure to check out the author’s podcast, Talkin’ Hawkey, which can be found on Apple Podcasts, Spotify, and Twitter (@TalkinHawkey).