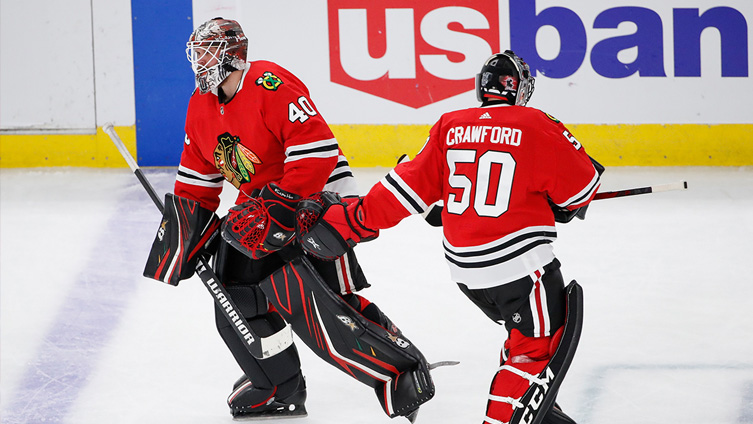 Golden Knights head coach Peter DeBoer confirmed on Tuesday afternoon that Robin Lehner will start in net for Game 1 against the Blackhawks.

Game 1 of the best-of-seven first-round series between the Chicago Blackhawks and Vegas Golden Knights kicks off at 9:30 p.m. (CT) on Tuesday. Coming into the series, there has been a lot of chatter about Golden Knights’ goaltender Robin Lehner, who, of course, was traded by the Blackhawks in exchange for bread crumbs at the trade deadline.

Well, to make matters more interesting, Vegas’ coach Peter DeBoer named Lehner the Game 1 starter over veteran Marc-Andre Fleury on Tuesday. Lehner, a 2019 Vezina Trophy finalist, was 16-10-5 with the Blackhawks this season with a 3.01 goals-against average and a .918 save percentage prior to the trade on Feb. 24.

After the trade, Lehner made three starts with Vegas before the regular season was paused on Mar. 11, going 3-0-0 with a 1.67 goals-against average and .940 save percentage. The 29-year-old netminder also went 2-0-0 for the Golden Knights during the round robin to help them secure the No. 1 seed in the Western Conference.

“I don’t know. All I know is it’s going to be fun playing them,” Lehner said about taking on the Blackhawks in the first round. “They’re a very good hockey team, and I have a lot of respect for them, the whole organization… but I think I really like it here (with Vegas), we’re a great hockey team.”