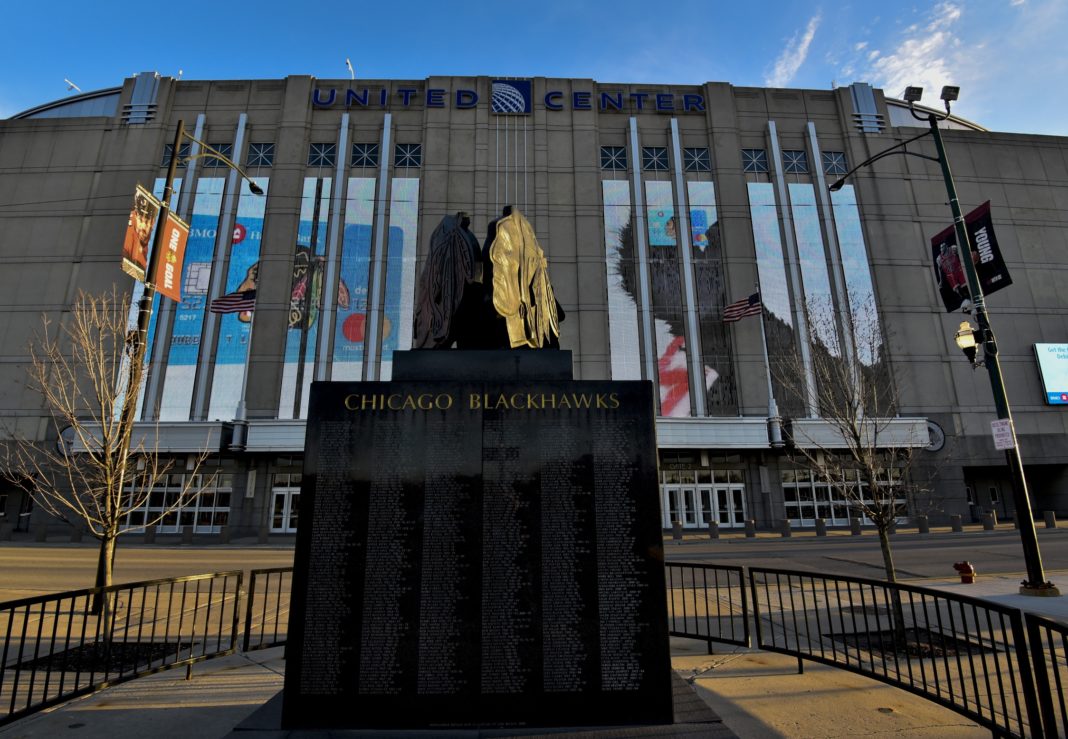 General manager Stan Bowman did not give Drake Caggiula a qualifying offer and announced Thursday that the Blackhawks will not re-sign two-time Stanley Cup champion, Corey Crawford.

Thursday morning was quite eventful for the Chicago Blackhawks. The day kicked off with general manager Stan Bowman confirming that pending restricted free agent Drake Caggiula did not receive a qualifying offer from the Blackhawks and will hit the free-agent market on Friday. Caggiula was acquired by the Hawks in December of 2018 from Edmonton in exchange for defenseman Brandon Manning, a trade that played part in the firing of then-Oilers general manager Peter Chiarelli. The scrappy forward went on to tally 27 points (14 goals, 13 assists), 137 hits, and 44 penalty minutes in 66 games across two seasons with the Blackhawks.

Bowman confirms @ByScottPowers' reporting that Drake Caggiula and Slater Koekkoek were NOT qualified and will become UFAs.

"Doesn't necessarily mean these players won't be coming back to the Blackhawks. We're hopeful to get Malcolm (Subban) signed."

Then, Bowman also announced that veteran goaltender Corey Crawford will not return to the Blackhawks next season. Crawford, a 2003 second-round pick by the Hawks, will hit the market on Friday after spending the past 10 seasons as the starter in Chicago. The 35-year-old netminder started 473 games for the Blackhawks and played an enormous-but-somehow-underappreciated role in two Stanley Cup championships in 2013 and 2015.

"I had a conversation with Corey earlier today and it was an emotional talk."

“[Crawford]’s up there with the legends of the Blackhawks. Corey stands tall as a two-time Cup champion,” Bowman said. “The message to Corey and to everyone else today is that we’ve decided we have some young goaltenders here in Chicago we believe in.”

With the Blackhawks pinned up against the flat salary cap this offseason, Bowman feels the time is right to move on and pass the torch to Collin Delia, 26, or 25-year-old Kevin Lankinen. Bowman is also looking to re-sign Malcolm Subban even though the Blackhawks did not give him a qualifying offer before Wednesday’s deadline.

The Blackhawks GM insisted that the decision to move on from Crawford was more about committing to the youth movement rather than a dispute in salary. Bowman also hinted that other veteran players on the roster could find themselves on another team by the start of next season.

The Athletic’s Pierre LeBrun reported earlier in the week that the Colorado Avalanche and Boston Bruins have interest in trading for forward Brandon Saad, who is in the final year of his current deal with the Blackhawks. With all the young defensemen coming up in the next few years, a veteran like Connor Murphy or Calvin de Haan also could be available. Ryan Carpenter and Alex Nylander are two forwards that could also be moved in exchange for later-round draft picks.

It seems well overdue, but the Chicago Blackhawks are officially in rebuild mode. Although, starting from scratch is going to be difficult with Patrick Kane, Jonathan Toews, Duncan Keith, and Brent Seabrook accounting for roughly $33 million of the $81.5 million salary cap. Each player holds a full no-movement clause in their contracts and are on the books for at least three more years. The cherry on top is the extra year of Seabrook’s ludicrous deal.