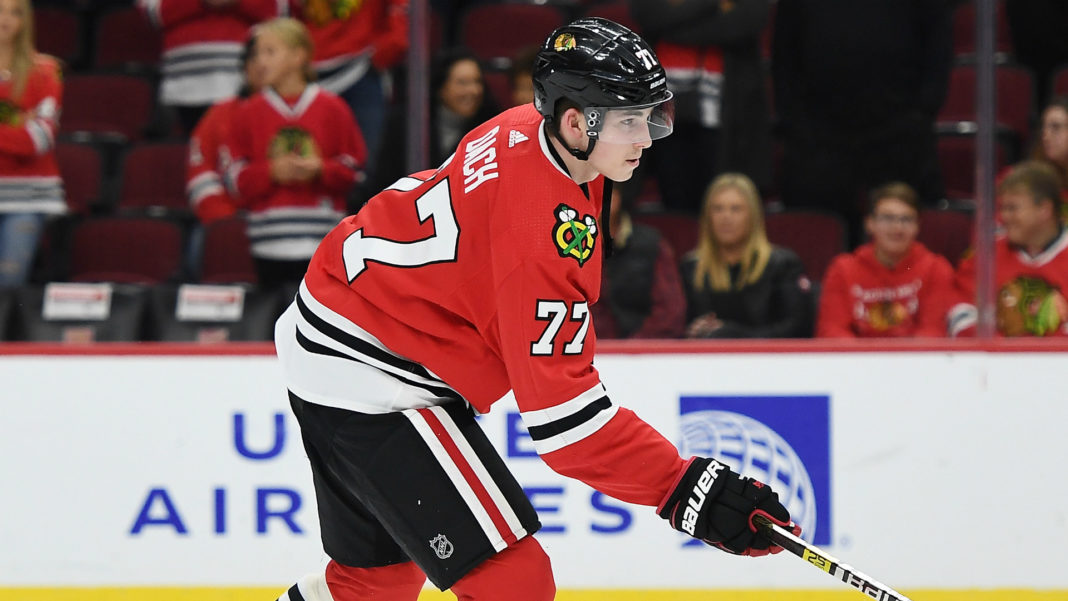 With the NHL and NHLPA FINALLY settling on a 56-game schedule and a January 13 start date for the 2020-21 regular season on Tuesday, there have been some concerns in the last couple of days about Blackhawks’ forward Kirby Dach’s availability for Team Canada in the 2021 World Junior Championship. The tournament is currently set to begin on Christmas Day and runs through January 5, which is right around the time the Blackhawks are expected to open their training camp.

However, news broke on Thursday afternoon stating that the Blackhawks told Hockey Canada that Dach can remain with the team as long as he does not miss any regular-season games. This should not be an issue for Dach and the Hawks, as the World Junior Championship will wrap up on January 5, and the NHL regular season begins eight days later on January 13. Of course, everything is still subject to change due to COVID-19 concerns, but Dach appears to be on track to play for Team Canada in just over two weeks.

Translated: The Chicago Blackhawks told Hockey Canada that Kirby Dach can stay as long as he doesn't miss regular season games in the NHL. His presence at the World Juniors should therefore not be a problem. https://t.co/huVLM3CJN1

Following a two-week quarantine due to a COVID-19 outbreak in camp, Dach and Team Canada hit the ice after their half-month hiatus for a team scrimmage on Wednesday night. Dach picked up right where he left off before the outbreak, as the 2019 No. 3 overall pick tallied two goals and two assists for Team White in a 6-4 victory. Dach skated on Team White’s top line along with Washington Capitals prospect Connor McMichael and Buffalo Sabres prospect Dylan Cozens, with all three players being first-round picks in the 2019 NHL Draft. That trio will likely remain intact for Team Canada in the tournament, head coach Andre Tourigny hinted on Wednesday after the scrimmage.

“They make it tough for us to break up right now,” Tourigny said Wednesday on Dach’s line with Cozens and McMichael. “We’ll keep going with that. That’s something we envision can be a really good line moving forward. We’ll see how the rest of the lineup unfolds, but that’s a good option for us.”

Even though he is more of a natural center, Dach has been getting looks on the wing in camp for Team Canada recently. In Wednesday night’s scrimmage, Dach played right wing on Team White’s top line, with McMichael slotted in at the center position. Dach’s move to the right-wing should not concern Blackhawks fans, as this merely gives Team Canada a deadly top line with strong faceoff depth. There were some worries last season about the 19-year-olds abilities at the dot, but those are not unusual for a teenager in the NHL. Dach is still locked in as the Blackhawks’ second-line center going forward.

Team Canada has the deepest roster on paper in the 2021 World Junior Championship, even after multiple players were forced out of the tournament due to COVID-19. Canada won the Gold Medal at last year’s World Junior Championship without Dach, as he was up with the Blackhawks at the time. Dach is set to suit up this time around, and his addition gives Team Canada a tremendous opportunity to go back-to-back. Will they? Tune in over the holidays to find out!