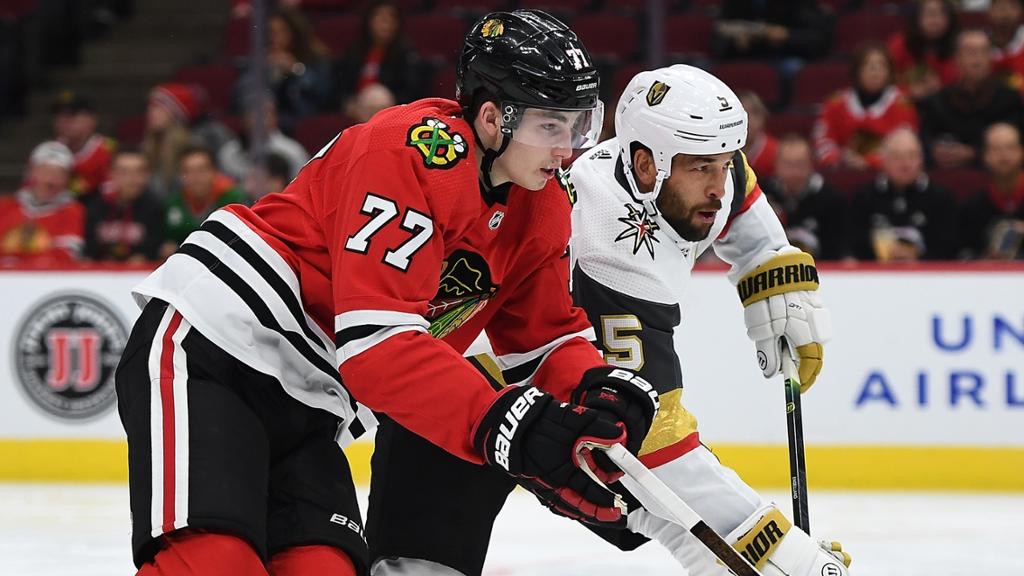 Another day, another devastating blow for the Chicago Blackhawks. The team announced on Monday night that 2019 No. 3 overall pick Kirby Dach underwent successful wrist surgery and will be out for approximately four-to-five months. Dach’s 2021 regular season is likely over.

Dach, the captain of Team Canada at the time, suffered the injury on December 23 in an exhibition match for the 2021 World Junior Championship against Team Russia. Dach collided with Russian defenseman Ilya Safonov at center ice in the third period and immediately headed off to the locker room. The following morning, TSN’s Pierre LeBrun announced that Dach suffered a wrist fracture and would be heading back to Chicago for further testing. Well, now we know the results of those tests.

With the 2021 NHL regular season currently scheduled to run from January 13 through May 8, Dach could return to the Blackhawks’ lineup late in the year, but that is a best-case (and quite unlikely) scenario. The more probable outcome is Dach watching the Hawks from up in the press box for the entire season. With the franchise currently in the midst of a rebuild, it would not make much sense to rush their future superstar (fingers crossed) back from an injury for just a handful of games. As a result, Dach will likely be back on the ice for the Blackhawks in 2022. A DEVASTATING loss.

The Blackhawks were hoping for Dach to take the next step in his development this season and play on the second line along with Patrick Kane. In the 2020 playoffs, Dach logged the second-most ice time among Hawks’ forwards, trailing only Kane, and he was arguably the team’s most effective player. Now, the Blackhawks will be without their key piece of the rebuilding process and are left with a glaring hole down the middle in 2021.

Dach’s Replacement(s) in the Lineup

While Dach was undergoing further tests on his right wrist, the Blackhawks went out and signed 35-year-old center Carl Soderberg from free agency as a precautionary move. Soderberg does not exactly fit well in Chicago’s rebuild, but the big Swede is a productive middle-six forward with a strong two-way game. The former second-round pick of the St. Louis Blues has tallied at least 35 points in six of his seven full NHL campaigns and will be a candidate to fill in for Dach on the second line next to Kane.

Dylan Strome is anticipated to start the 2021 season in place of Dach, but the 23-year-old still has yet to sign a new contract with the Blackhawks this offseason. According to The Athletic’s Scott Powers, negotiations between the two sides have continued the past few days, and a deal is expected to be reached before training camp opens on Monday, January 4. But a two-month hold up certainly is a cause for concern, and general manager Stan Bowman has been known to give up on former first-round picks far too early. Strome’s contract situation is something to keep an eye on these next seven days.

With Dach and Alex Nylander expected to be out for the entire season, young prospects like Philipp Kurashev, Brandon Hagel, and Evan Barratt could get some additional looks for the Blackhawks in 2021. Newcomers Mattias Janmark, Lucas Wallmark, and Pius Suter also have a better shot of making the team out of camp and playing impactful roles.

Should The Blackhawks Have Allowed Dach To Play For Team Canada?

Obviously, the Blackhawks are catching a lot of flack for allowing Dach to suit up in the World Juniors, especially because the New York Rangers held back top prospects Alexis LaFreniere and Kaapo Kakko, but an unlucky injury should not determine whether this was the correct choice or not. Had Dach gone out and captained Canada to a gold medal, Blackhawks fans would not be questioning the decision whatsoever. There were also reports that Dach begged the Blackhawks to play in the tournament after not being allowed to go last year.

Should the Hawks have held their future face of the franchise out of the World Junior Championship for a second consecutive year? Maybe. But Dach clearly expressed his interest in playing, and the opportunity to captain Team Canada and play against the top prospects in the world would have been a tremendous experience.