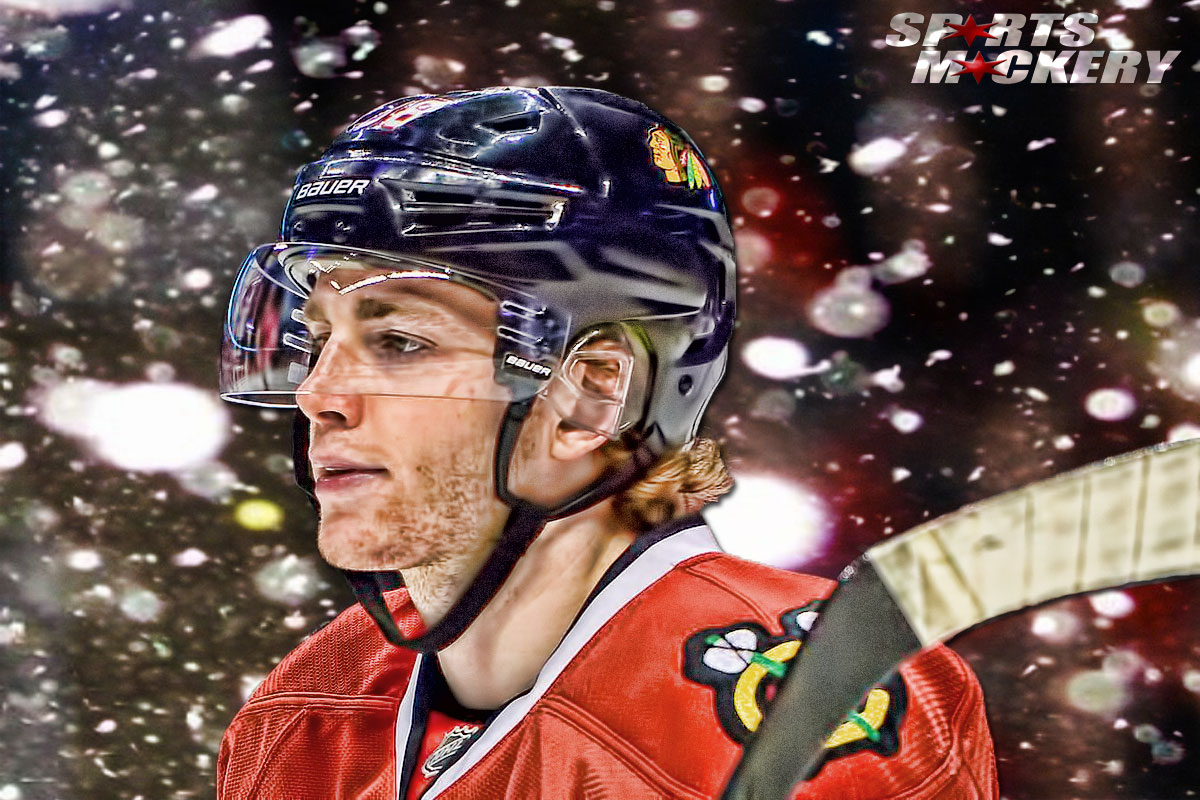 Patrick Kane (one goal, two assists) and Alex DeBrincat (one goal, two assists) each had three points, but the Chicago Blackhawks fell short to the Columbus Blue Jackets 6-5 at the United Center on Thursday night to snap their three-game winning streak. After going up 5-4 with under seven minutes to play, the Blackhawks allowed two goals in 1:27 to fall behind 6-5 in the final minutes of the third period. Thursday marked the Hawks’ first regulation loss since Jan. 29 against…Columbus.

“A lot of lessons we can learn from tonight, no question,” Blackhawks head coach Jeremy Colliton said. “We were in a position to win the game multiple times, at home… We’ve got to manage the puck better and we’ve got to have some killer instinct in the third period when we have the lead and manage the game, manage the momentum better.”

Rookies Shine Once Again, A Positive!

Heading into the second period, the Blackhawks trailed Columbus 1-0 following a short-handed goal from Cam Atkinson. But just 21 seconds into the middle frame, David Kampf, of all people, showed tremendous patience with the puck in the offensive zone and eventually found rookie Ian Mitchell back-door for his first NHL goal. Forward Matthew Highmore was also credited with the secondary assist for his first point of the 2021 regular season.

Great patience by Kampf to find Mitchell for a tap in for his 1st NHL goal. #Blackhawks tie the game 1-1. #CHIvsCBJ pic.twitter.com/fn33PDpm0k

Just 56 seconds after Ian Mitchell scored his 1st NHL goal, Beaudin finds a loose puck and does the same to give the #Blackhawks a 2-1 lead.pic.twitter.com/iuLkS0XO14

“I was really happy for [Mitchell], everyone was happy,” Beaudin said. “Next shift, I score, so it was kind of funny we scored one after the other.”

To pull off the trifecta, Kane made a nifty feed to Pius Suter at 13:30 of the second period to put the Blackhawks up 3-1. Three consecutive goals by Blackhawks rookies to take a two-goal lead. Suter’s sixth goal of the season leads all NHL rookies.

Pius Suter scores his sixth goal of the season, which leads all NHL rookies. #Blackhawks pic.twitter.com/66W9UJRVsj

STAY OUT OF THE PENALTY BOX

While the Blackhawks were up 3-1 late in the second period, defenseman Nikita Zadorov took a blatant penalty for boarding Columbus forward Kevin Stenlund. Even though the Hawks penalty kill has found a ton of success recently (12-for-12 in the previous five games), giving the opposing team opportunities to claw their way back into the game is never a bright idea.

Well, the Blue Jackets took full advantage of Zadorov’s miscue, as the newly-acquired Jack Roslovic hammered a one-timer past goaltender Kevin Lankinen’s blocker to cut the Blackhawks lead to 3-2.

After DeBrincat and Kane connected on the powerplay just 29 seconds into the third period to regain the two-goal lead, Matthew Highmore committed another unnecessary penalty for interference in the neutral zone. The result was another power-play goal for the Blue Jackets, as this time Boone Jenner jumped on a rebound and beat Lankinen to make it a 4-3 game.

Lankinen Is Human After All

With the Blackhawks on their heels for the majority of the third period, Lankinen was tested frequently by the Blue Jackets offense (17 shots on goal in the final 20 minutes). So far in his career, Lankinen has been able to shut the door and keep the opposition from scoring a timely goal. However, Thursday was a different story.

With under three minutes to play, forward Cam Atkinson rifled a shot off the post, and Michal Del Zotto picked up the rebound and caught Lankinen out of position to tie the score 5-5.

Just 1:27 later, Stenlund skated into the Blackhawks zone and beat Lankinen five-hole for the game-winning goal. To be fair, the puck did deflect off Hawks’ defenseman Nikita Zadorov’s stick, but this is one Lankinen MUST stop late in the game.

STENLUND FOR THE #CBJ LEAD!!!!!! pic.twitter.com/RGdsEWv06A

“Just kind of a bad feeling in all our stomachs,” Mitchell said after the game. “You know one got away from us. JC said we’ve got to learn from it and try not to let it happen again.”

With the loss, the Blackhawks fall to 6-5-4 through 15 games of the regular season. They will be back in action on Saturday at 7:00 p.m. (CT), looking for revenge against the pesky Blue Jackets.