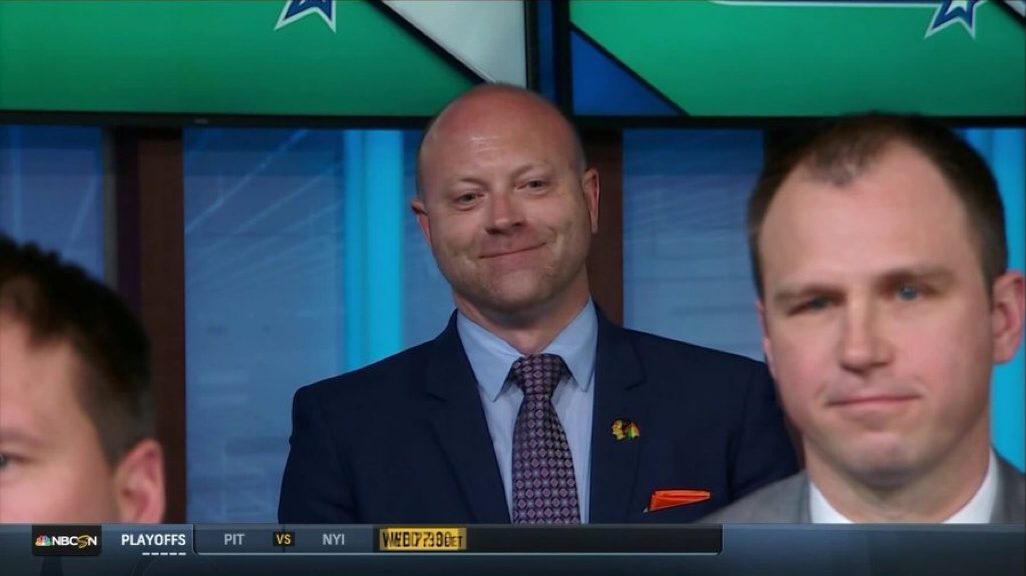 Heading into the 2021 NHL trade deadline, GM Stan Bowman and the Chicago Blackhawks were expected to be somewhere in between buyers and sellers. With the team sitting just a few points back of the Nashville Predators for a playoff spot, clearly, there were areas they could improve upon. Plus, with several players on long-term injured reserve, they would be without any financial limitations at the deadline for the first time in awhile. However, the Blackhawks also had a few veteran forwards on expiring contracts that needed to be moved to clear space for upcoming prospects. The necessity to accomplish both made for a compelling final couple of hours before the 2:00 p.m. (CT) deadline.

“We’re happy with how it went,” Bowman said. “It’s really been consistent with what we’ve been trying to do going back to the offseason. We’re trying to rebuild our asset pool… We did what we set out to do.”

The first move of the day for the Blackhawks was sending bottom-six forward Matthew Highmore to the Vancouver Canucks in exchange for 2015 fifth-round pick (No. 149 overall) Adam Gaudette. Highmore, 25, excelled during the Blackhawks 2020 postseason run on the fourth line, but he struggled this year with just two assists in 24 games. Highmore had been regularly scratched over the last month prior to the trade and appeared to have fallen behind other forwards in the rotation.

The #Blackhawks acquire forward Adam Gaudette from the Canucks in exchange for forward Matthew Highmore.

Gaudette is signed through this season (salary cap hit of $950,000) and will be assigned to the #Blackhawks active roster. #NHLTradeDeadline pic.twitter.com/KFawYoVbZH

“One thing you appreciate about Highmore is his work ethic and attention to detail,” head coach Jeremy Colliton said. “It’s hard to find a bigger team guy with his willingness to do the right thing for the team at all times.”

Gaudette, 24, won the Hobey Baker Award at Northeastern University in 2018 but has not been able to turn that into success at the NHL level so far. In 153 games, Gaudette has tallied 52 points (21 goals, 31 assists), playing mostly a bottom-six role for Vancouver as well. Gaudette seemed to be finding his way in 2019-20 with 33 points (12 goals, 21 assists) in 59 games, but the right-handed forward failed to record a point 10 postseason contests and has only seven in 33 games this year.

“[Gaudette] is big and skilled,” Colliton said. I think he scored and made some plays against us. Still a young player. We’ll get him here and go from there.”

Gaudette carries a $950,000 cap hit and will become a restricted free agent at the end of the season.

Shortly after Highmore was traded to Vancouver, the Blackhawks announced that forward Mattias Janmark had been dealt to the Vegas Golden Knights as well. Janmark started off his Blackhawks’ career with 18 points (10 goals, eight assists) in the team’s first 31 games, but he cooled off with just one assist in his final 10 contests with Chicago. Janmark was a healthy scratch on Saturday vs. Columbus, indicating he was more-than-likely to be dealt by the deadline.

Even though the former Dallas Star hit a rough patch in his final month with the Blackhawks, Bowman still managed acquire a 2021 second-round pick and 2022 third-round pick from Vegas by retaining $1.125 million of Janmark’s contract. A brilliant move by the experienced general manager to generate a hefty return.

San Jose also was involved in the deal to help Vegas become cap compliant after trading for Janmark. In the process, the Sharks received a fifth-round pick from Vegas, and the Blackhawks also acquired Sharks’ minor-league defenseman Nick DiSimone.

In the final hours before the deadline, the Blackhawks continued to shed their expiring contracts by sending forward Carl Soderberg to the Colorado Avalanche for 2020 fifth-round pick Ryder Rolston and undrafted minor-leaguer Josh Dickinson. While the return is not very exciting, it’s hard to imagine another club offering much more for a 35-year-old Soderberg, who had 15 points (seven goals, eight assists) in 34 games for the Blackhawks this season. Soderberg previously played for the Avalanche from 2015-19.

The #Blackhawks acquire the rights to forward Ryder Rolston & forward Josh Dickinson from Colorado in exchange for Carl Soderberg.

Dickinson is signed through this season (cap hit $925,000) & Rolston is unsigned at Notre Dame. #NHLTradeDeadline pic.twitter.com/hQpevpvaFl

Rolston, 19, spent the past season as a freshman at Notre Dame along with Blackhawks prospect Landon Slaggert. Rolston recorded six points (one goal, five assists) in 28 games and is the son of Stanley Cup champion Brian Rolston.

Dickinson, 23, has bounced between the AHL and ECHL since his professional career began in 2017. Not much else to say here.

The #Blackhawks acquire a fourth-round pick in the 2021 #NHLDraft from Vancouver in exchange for defenseman Madison Bowey and a 2021 fifth-round draft pick.#NHLTradeDeadline pic.twitter.com/8N8S75nT4K