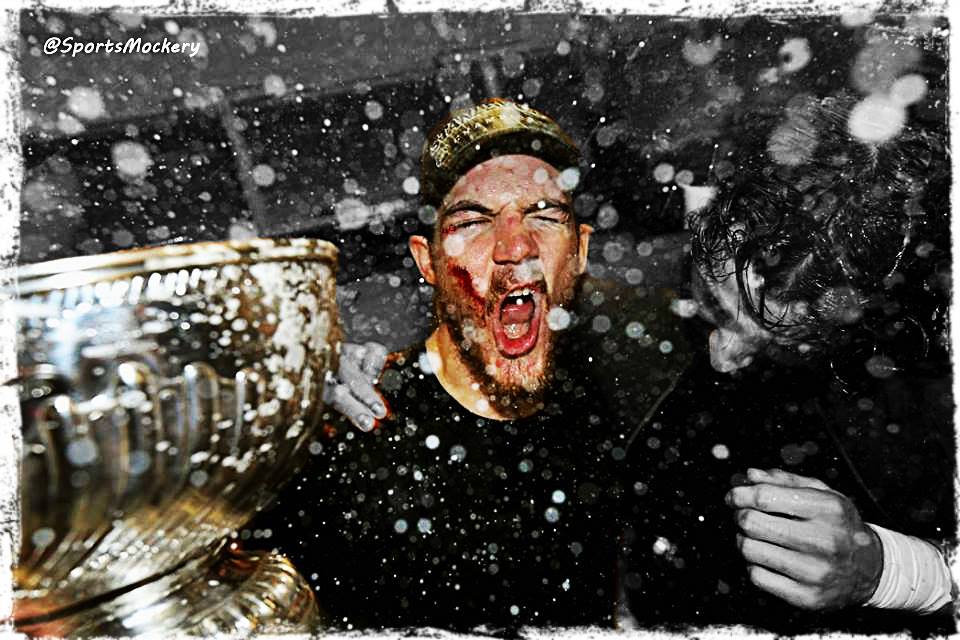 Finally, a bit of good news. After a disastrous last 48 hours in which Jonathan Toews and Kirby Dach were both pronounced out indefinitely, Chicago Blackhawks president of hockey ops and general manager Stan Bowman disclosed on Wednesday that forward Andrew Shaw will rejoin the team for the 2021 regular season. Bowman added that Shaw is ready to go for Blackhawks’ training camp, which is set to open on Monday, January 4.

“He’s looking great. I think he’s excited as ever to be back,” Bowman said on NBC Sports Chicago’s Blackhawks Talk Podcast. “I’ve never seen him so energized. He’s a guy that’s always got energy, but I was talking to Shaw the other day and he said he’s never felt better. He’s been training since the summer, skating a lot. He looks fantastic out there.”

Following a career-best 47 points (19 goals, 28 assists) in 63 games for the Montreal Canadiens in 2018-19, Shaw was reacquired by the Blackhawks on July 1, 2019, in exchange for multiple draft picks. The Hawks deeply missed Shaw’s physicality and energy during his time with Montreal and were hoping his (re)addition would spark their struggling forward group. However, the two-time Stanley Cup champion failed to provide the same jolt to the lineup and suffered yet another concussion on November 30, 2019, against the Colorado Avalanche. Shaw has been diagnosed with multiple concussions throughout his NHL career, and this one would keep him out for the remainder of the 2019-20 season.

In 26 games, the Blackhawks’ 2011 fifth-round pick (No. 139 overall) tallied three goals and seven assists for 10 points. Shaw also recorded 74 hits, 33 penalty minutes, and a minus-four plus/minus rating. Shaw did not join the Blackhawks in the Edmonton bubble for the 2020 playoffs to ensure he would be 100 percent healthy for the 2020-21 season.

Shaw’s versatility should do the Blackhawks wonders in 2021. Not only are the Hawks much thinner at center than they originally expected with Toews and Dach out, but they will also need help on the penalty kill as well. Luckily, Shaw can do a little bit of everything. From killing penalties to stepping in and winning faceoffs from time to time, Shaw is head coach Jeremy Colliton’s personal swiss-army knife for the Blackhawks this year.

With multiple key offensive pieces out at the beginning of the season in Chicago, expect Shaw to rejoin the lineup primarily in a top-six role. Carl Soderberg is currently the top center listed on the Blackhawks’ roster, as Dylan Strome still has not signed a new deal. Bowman reiterated on Wednesday that the two sides are working on an agreement, but if the hold up with Strome continues, Shaw may be forced to play first or second-line center early on. If Strome does rejoin the Hawks by the start of the regular season, though, then Shaw will likely move back to his natural position on the wing.

At 29 years old, Shaw, hypothetically, can still be part of the Blackhawks rebuilding process. But with 2021 already seemingly meaningless and a significant bunch of young prospects coming up in the pipelines, it does not make much sense to keep Shaw around. The tricky part is that he still has two years left on his current contract with a $3.9 million AAV. Due to COVID-19, most NHL franchises are not trying to add to their payroll currently, which makes Shaw tougher to trade away. If the Blackhawks do trade the scrappy forward for a second time, then they would likely have to retain a small portion of his salary owed over the next two years.