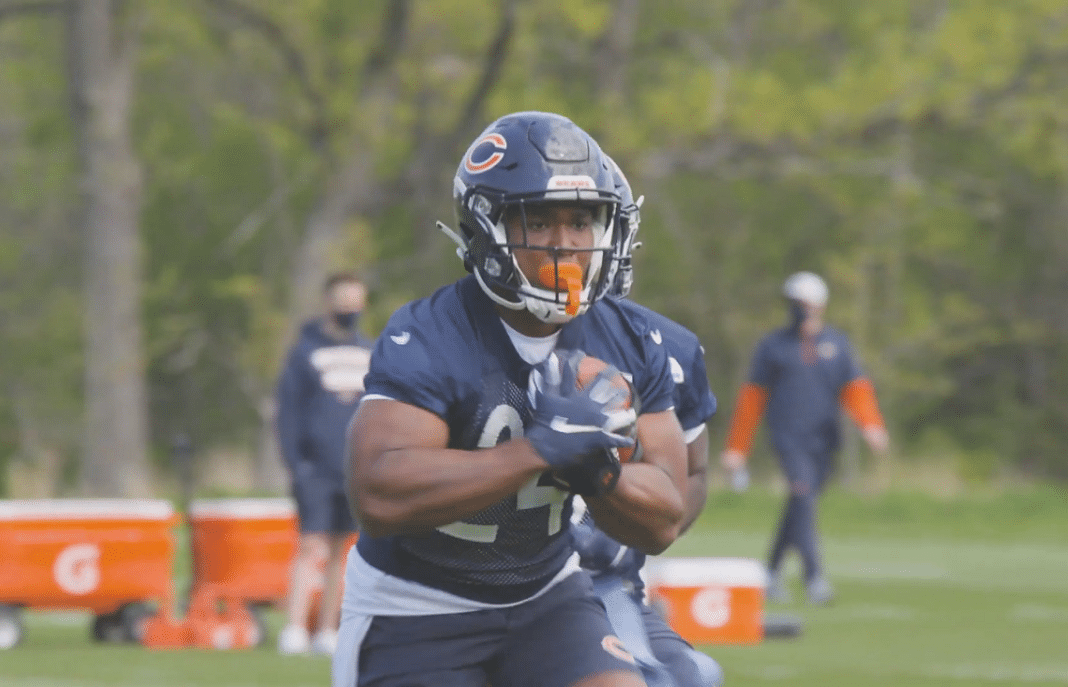 Loyalty isn’t an easy thing to come by in sports. Especially when there are few tangible reasons for a player to be loyal to a team. So when things like that happen? They tend to stand out. Some people would argue that Khalil Herbert doesn’t know anything about loyalty. This is the same guy who “abandoned” his team at Kansas during the middle of a season in order to transfer to another program.

In truth? Most players in his position probably would’ve left way sooner. Herbert had patiently waited for his chance to start for the Jayhawks through the first two years. It felt like 2019 should’ve been his time. Instead, he was relegated to a rotational backup role once again. When he realized this could potentially sabotage his chances of reaching the NFL, Herbert had to make a decision that was in his best interests.

It proved to be the right one.

Herbert transferred to Virginia Tech, shined in the 2020 season for them, and became a 6th round pick for the Chicago Bears this past April. This painted an unfair picture of him as a me-first guy. Something that couldn’t be further from the truth. Don’t believe it? Check out this wild story his family had to tell about him in high school on “Meet The Rookies.”

At one point he had a chance to go on vacation with his family. However, it would mean missing a game during the season. Nobody worried about it much because Herbert’s team was terrible. They never won games. A normal person probably wouldn’t have minded missing one week. Not Herbert. He wasn’t having any of that.

He believes there is no substitute for hard work. Something that was instilled in him at a young age by his father. He’s made no secret that he was never the most talented guy on the field. Not even in his own family. So in order to achieve his goals, the only solution available was to outwork everybody. History proves this is why so many players who are like a 5 on the talent rating scale end up playing in the NFL while many 8s, 9s, or 10s never make it that far. Why?

They don’t put in the work. Khalil Herbert seems to further an overall picture of the Bears’ 2021 draft class. They’re all workers. Justin Fields hasn’t taken a day off since he went 11th overall in April. Larry Borom dropped 30 lbs to prove he can get himself in shape for the NFL. This is certainly a trend. One that Herbert exemplifies perhaps better than anybody.

This is why optimism on him is so high at Halas Hall.

Despite being on a loaded depth chart, there is a ton of confidence that the rookie will find a way to get on that field. Not just as a running back but also as a kick returner if need be. Whatever the coaches ask him to do, he’ll do it. Doesn’t matter how hard the work is or what sacrifices he might have to make. Herbert has the all-in mentality to be a success.