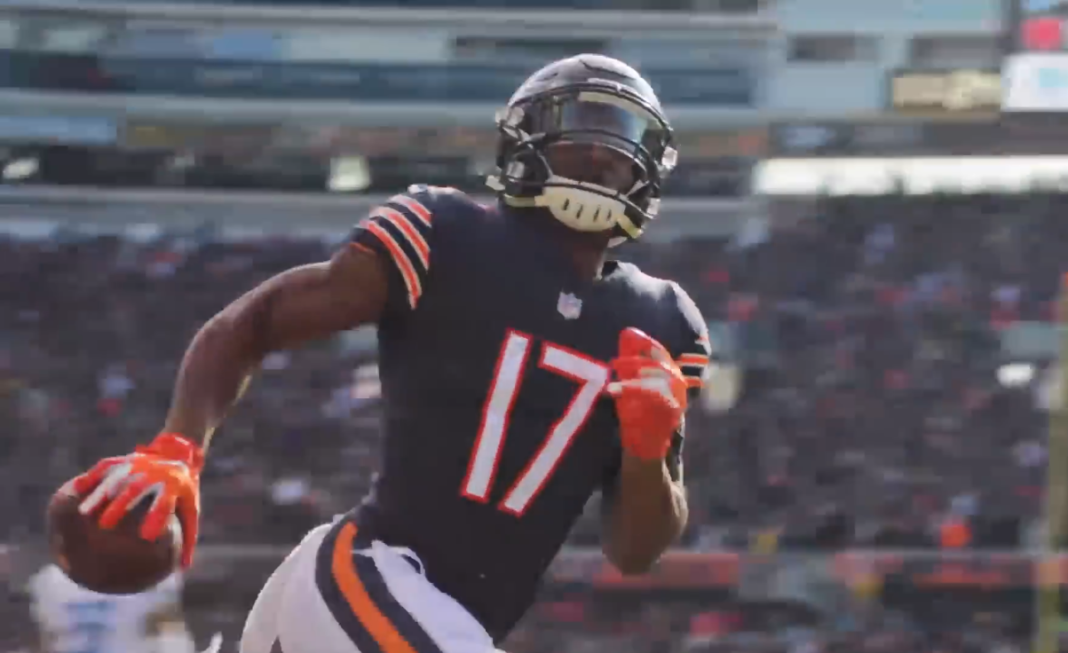 Just like that, Anthony Miller is gone. The Chicago Bears made it official on Saturday when they sent the 26-year old wide receiver to the Houston Texans in a trade. It isn’t clear yet what the compensation was. All that is known to this point is it involved a swapping of late round draft picks. Either way, this marks the end of an unfortunate run for what many felt was a potential star receiver.

There were times when some even felt he might supplant Allen Robinson as the #1 guy. To see things end up this way wasn’t what anybody had in mind. It also raises the inevitable question. Where does Miller rank among Bears wide receiver busts? Since the league merger in 1970, they have selected 11 receivers in the 1st or 2nd rounds.

Six of them earned the classification of bust status. Let’s find out where Miller ranks.

Anthony Miller isn’t in the greatest of company

After starter Dennis McKinnon missed all of 1986 with a knee injury, the Bears knew they had to reinforce the receiver position in the ’87 draft. It isn’t entirely clear what they saw in Morris. Nobody would call his career at SMU prolific as his highest single-season performance was 757 yards. He did have rushing ability too. Perhaps they saw him as a versatile weapon they could use. Things never quite came together. He had three straight years of over 400 yards but failed to ever crack 500 and was a non-factor by his fifth season.

One can easily argue this was one of the biggest reaches the Bears have ever made at any position. Watts had started his college career as a running back before transitioning to wide receiver. He finished a four-year stint at Tulsa with 1,632 yards and eight touchdowns combined. It is most likely Chicago coveted his speed. Evidenced by the 21.5 yards per catch he had as a senior in 1978. Things didn’t translate as hoped. Watts had three seasons over 400 yards receiving to start his career before injuries caught up with him in 1982. He was out of the league before his 27th birthday.

One might as well call this Watts 2.0. Once again it’s hard to understand what the Bears were thinking. Bradley only played two seasons at Oklahoma. His last and best one saw him make 23 catches for 491 yards and seven touchdowns. Once again it seems the team was lured in by his considerable speed. A real shame considering Vincent Jackson was still on the board at that time. Bradley never amounted to much in Chicago. He constantly battled injuries and only occasionally flashed the big-play potential that made him a pre-draft darling. Anybody with common sense would’ve known this pick was dangerous.

This is the one 2nd round pick the Bears made where a lot of people nodded and clapped. Anthony Miller was a star at Memphis. His junior and senior seasons there were bonkers, combining for just shy of 2,900 yards and 32 touchdowns. When Ryan Pace traded up for him, people were excited. Miller had strength, quickness, and loads of route-running potential. His rookie year proved this as he collected seven touchdown catches.

However, he failed to take the next step after that. His 2019 was marred by a poor first half of the season combined with ongoing shoulder problems. Then last year he suffered from inconsistency and discipline issues. There is no doubt that in terms of what the Bears gave up, the pre-career hype, and the following results? Miller was a massive disappointment.

It remains one of the biggest missed opportunities in Bears history. They’d just had an excellent 2000 draft headlined by Brian Urlacher and Mike Brown. Delivering on another top 10 pick in this draft could’ve set them up for big things in the decade to come. Instead, they gave fans Terrell. He’d been a solid receiver at Michigan with 994 yards and 13 touchdowns during his final season.

The problem? Santana Moss and Reggie Wayne were still on the board. Terrell had size but it was apparent he lacked speed and explosiveness. He never managed to top 700 yards in any of his first four seasons and had just nine touchdowns combined. A massive setback that haunted the team when they got good in 2005 and 2006.

This one is sad more than infuriating. Nobody blinked when the Bears selected White with the 7th pick. Most agreed he was the second-best receiver in the entire 2015 class behind only Amari Cooper who was already gone. The West Virginia standout had everything. A 6’3 chiseled frame, strong hands, and 4.35 speed. Given enough time to improve his route running, this kid had a chance to be a superstar.

Right from the start though, the tone of his career was set. White discovered a stress fracture in his leg that required surgery and he ended up missing his entire rookie season. From there the injuries would continue to hit him at the worst possible times. After going for 1,447 yards and 10 touchdowns in his final year of college, White managed just 285 yards total in four seasons with the Bears. He will go down as one of the biggest what-ifs in franchise history.