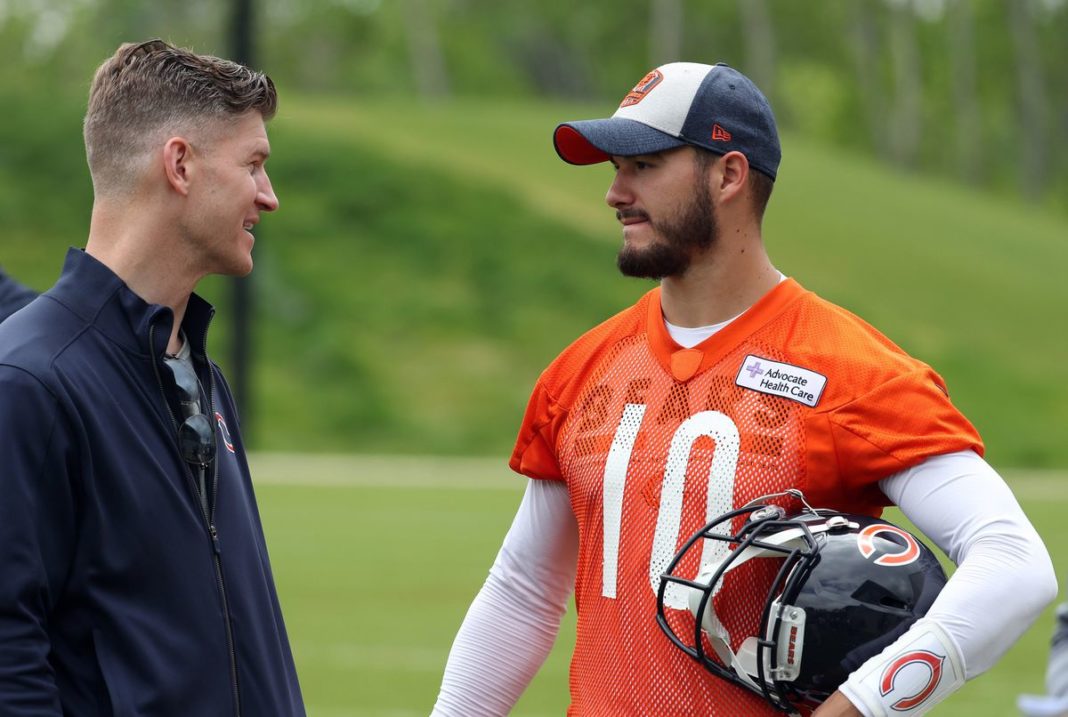 Here is a reality that everybody needs to understand. If the Chicago Bears keep Ryan Pace in charge in 2021, the likelihood is overwhelmingly strong that he’ll draft a quarterback in April. There are just so many indicators. Mitch Trubisky will be a free agent and Nick Foles has floundered as a starter. They don’t have the money to go out and sign a top free agent. The trade market would be expensive too. Everything points to the draft.

There is also the idea that Pace would be interested in trying to buy himself more time. A way GMs can often do that is by drafting a QB early. The theory being it forces the team to let him try to build around a guy he has a vision for. Of course, this doesn’t always work. Guys have been fired just one year after using such a tactic before.

It’s clear the Bears have a decision to make. It’s obvious quarterback will top their to-do list in 2021. The question isn’t whether they should draft one. It is whether they should let Pace be the guy to pull the trigger. His track record to date doesn’t inspire confidence. Mike Glennon? Trubisky? Foles? Don’t forget he really wanted Marcus Mariota back in 2015.

Is it really possible for a GM who missed so badly on a QB before can somebody get it right with a second chance? Here is what history has to say.

Ryan Pace doesn’t exactly have history on his side either

The truth is Pace would be far from the first general manager to get that opportunity to draft a quarterback high more than once. It’s happened several times just in the past 30 years. Here is a rundown of those GMs who got that chance. The quarterbacks involved are those taken in either the 1st or 2nd rounds. Was that second opportunity a better experience?

The list speaks for itself. There are examples of guys getting it right on another try. Keim got Murray just a year after his misfire on Josh Rosen. Though he had the benefit of the #1 pick. Newsome showed steady improvement. Boller was a bust. Flacco won a Super Bowl and now Jackson is the reigning MVP. However, those two seem to be the exception. Not the rule. All the other GMs listed failed to gain any noticeable improvement from their second choices.

This trend combined with an already questionable track record from Ryan Pace should offer enough proof. The Bears may like him but if this is about fixing the most broken part of their franchise for the first time in decades? They need to give that decision to somebody else.