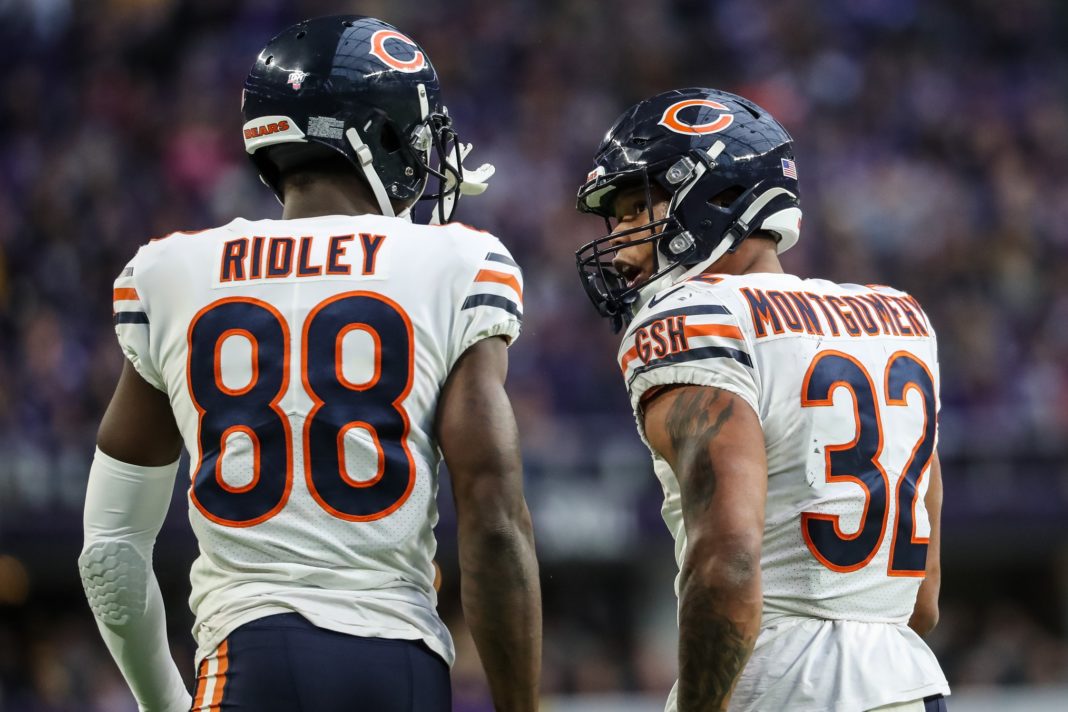 The relationship between Riley Ridley and Chicago Bears fans is a weird one. Some of them act like the wide receiver is being unfairly held down. Like he’s a 1st round pick who has waited way too long for a proper opportunity to play. They forget he’s actually a 4th round pick. Perhaps they’ve been spoiled by several productive Day 3 selections under GM Ryan Pace that they forget players taken that late often don’t work out.

Still, a lot of people are struggling to understand why the coaching staff won’t give him more a chance. He’s got size and good hands, right? He ran solid routes in college. What could possibly be the reason they won’t play him more often? Those people want find a better explanation than what Jacob Infante just put out for Windy City Gridiron. He dug into Ridley’s tape since arriving in 2019. While he made it clear the receiver has good hands and a savvy knack for finding soft spots in zone coverage, there are three key reasons he hasn’t seen much action.

Then for good measure, he made the additional point that drives it all home.

However, I’m not sure exactly what Riley Ridley brings the #Bears that other backup receivers don’t bring.

Byrd and Goodwin have more deep speed. Newsome has special teams experience. Ridley and Wims are both physical, but Ridley doesn’t play on the boundary as much as Wims.

That pretty much says it. Ridley can catch the ball well, has size, and shows a knack for finding areas where defensive backs won’t be in certain coverages. The problem is he doesn’t have the speed or quickness to stand out nor the ability to generate extra attention with his play on special teams. This is why he has become an afterthought at times for the Bears coaching staff. Nothing about him grabs attention.

He is just another receiver among many with similar positives and negatives. Guys like that come and go all the time.

Both seem like long shots at this point going into his third season. Suddenly getting faster isn’t something that tends to happen. Not without genetic modification or taking steroids. Both of which are super illegal. That leaves one course open for Ridley. He has to find a way to get good in the third phase. Something he was never known for in college or upon arriving in Chicago.

With more depth at wide receiver this year, the odds are stacked against Riley Ridley. As of right now there are four receivers who look like locks to make the final roster.

Dazz Newsome being a 6th round pick and special teams guy gives him a strong chance to do so as well. That leaves one spot remaining of the customary six for Ridley to grab. This with guys like Anthony Miller and Javon Wims among others to battle against.

Not a great setup.

Miller is much more proven as a pass-catcher and more explosive. Wims is better on special teams. So in all honesty? It doesn’t look like Riley Ridley has a future on the Bears’ roster unless he happens to land on the practice squad. Something that may not appeal to him at this point.