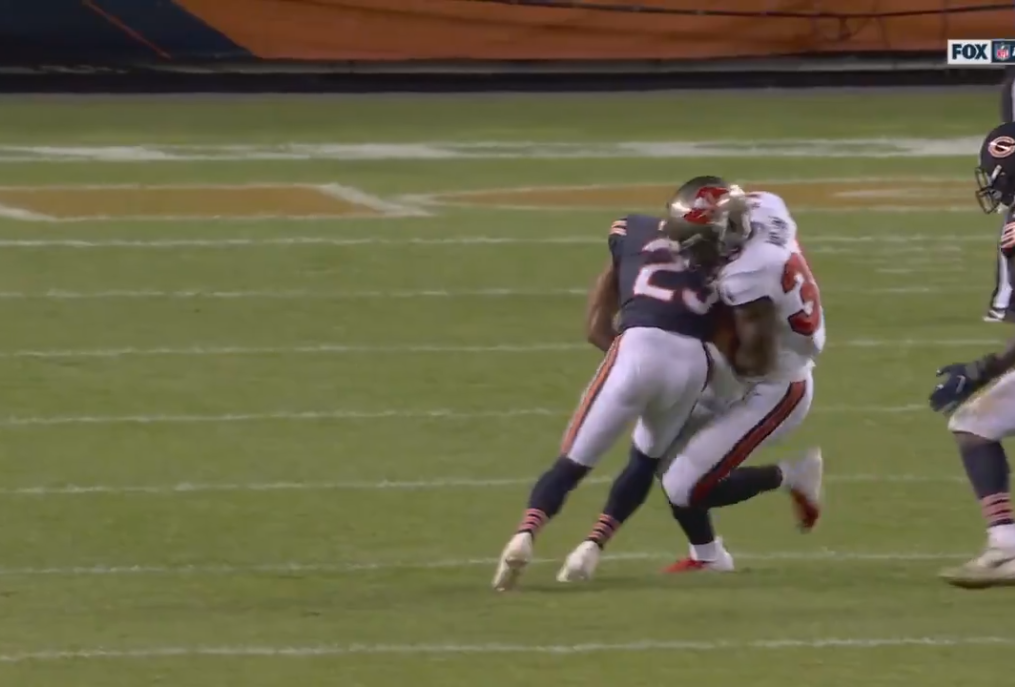 The Chicago Bears fell behind in the 1st half to the Tampa Bay Buccaneers 13-0. They looked lifeless, sloppy, and uninspired. Then weird stuff started to happen. Nick Foles found a groove on offense and managed to put together a TD drive to cut the lead to 13-7. Still, that left Tom Brady with 1:48 left to give the Bucs more points. That is until Kyle Fuller got involved.

On a throw to running back KeShawn Vaughn, the Bears cornerback absolutely lit into him for one of the most violent hits of the season. Predictably a flag came out late. However, quick reviews showed that Fuller hit Vaughn with his shoulder right into the midsection. As textbook and clean as it gets.

Thankfully the refs huddled and made that determination as well. Not only that, but Vaughn also seemed to fumble on that play too. After a review, the Bears were awarded the football on the Bucs 27-yard line. Foles found Jimmy Graham for a 12-yard TD a few moments later.