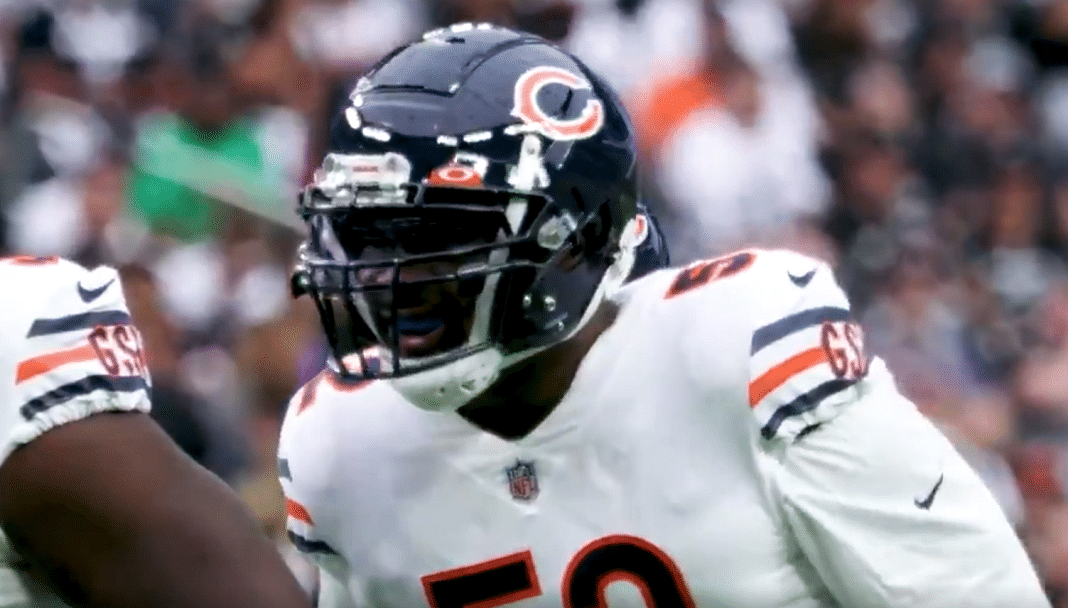 Khalil Mack doesn’t need to remind everybody he’s a great player. They know that. However, he still feels like he has something to prove every time he steps on the field. This was especially true last Sunday. Mack was going against his former team, the Las Vegas Raiders. The team that traded him out of town rather than pay him the money he deserved for being their best player.

His first opportunity ended in disappointment back in 2019. The Raiders shut him down for just one tackle and kept him quiet the entire game in London. A crushing 24-21 loss that altered the entire course of the Bears’ season. Now the shoe was on the other foot. The Raiders were 3-1 and looking to maintain the momentum of a strong start. In a mirror imagine of two years ago, it was the Bears who came out as the aggressor, and Mack was leading the charge.

He played a terrific game.

Five total pressures on the afternoon including a sack. Technically it was two sacks as he also dropped Derek Carr for one on a two-point conversion attempt. If that weren’t enough? Mack also had six stops for minimal or no gain against the run. He was truly the best player on the field. What made it even better? The outside linebacker was talking all sorts of trash the entire game. The Bears were smart enough to have him mic’d up.

This is the Khalil Mack fans expected to see two years ago. Hungry, aggressive, and more than willing to make it known his former team was about to have a bad day. This time he was able to deliver. The entire defense followed his lead. Las Vegas managed just nine points and less than 250 total yards of offense. It was thorough domination. One that had to taste extra sweet for the All-Pro pass rusher. A reminder to that organization of what they gave away.