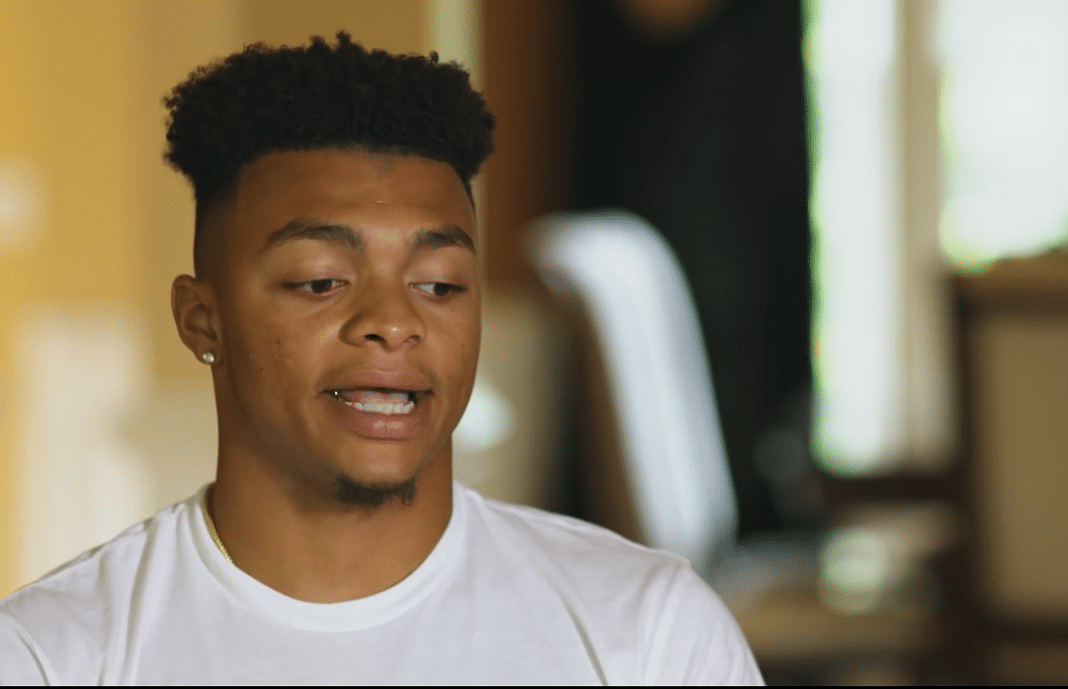 Justin Fields is no stranger to the spotlight. He’s had it on him since he joined the varsity as a sophomore in high school. Since then the cameras have always seemed to find him. First with the QB1 documentary about his high school journey. Then the Elite 11 series where he competed against the best QBs in the country heading to college including Trevor Lawrence. Then of course was his two-year run at Ohio State where he made the College Football Playoffs twice.

This young man has grown accustomed to the bright lights being on him. That is probably what makes him such a perfect quarterback for the Chicago Bears. If any young QB can handle the third-largest media market in the country and a rabid fanbase like this one? It would be him. He’s said multiple times that he is made for this stuff. He has enough confidence in his ability to not worry about the expectations.

If anything, his own expectations are higher than anybody.

That is how we come to the current situation. It’s widely known that head coach Matt Nagy aims to sit Fields behind Andy Dalton this season. The idea is to give the rookie a chance to get acclimated to the NFL level and learn how a capable veteran operates. Not a bad plan. It has worked several times in the past for other QBs. If you ask Fields himself though? He thinks he is ready to play right now and said as much on his “Meet The Rookies” episode.

Don’t mistake this as the QB saying the Bears should put him into the starting lineup. He’s already stated he respects what Coach Nagy is trying to do and he’ll acquiesce to the plan. However, that won’t stop him from doing everything in his power to play. His goal is unchanged since he arrived in Chicago. To become the starter as soon as possible and start winning football games.

Justin Fields is certainly preparing with that goal in mind

Despite a month and a half of downtime between the end of mandatory minicamps and training camp, it appears the rookie hasn’t spent much time recharging. Every available moment it seems like is spent working out in some capacity. Either in the weight room or doing throwing drills. Fields aims to be ready for camp. This isn’t somebody prone to taking it easy. If there is free time, he feels obligated to fill it with something important.

It is the first thing that stands out. For a 22-year old kid, Justin Fields has a work ethic that can best be described as “insatiable.” That is often a critical step for quarterbacks in the NFL. Many come in with the talent. All but a select few just don’t have the drive necessary to be great. That willingness to put in the extra time.

Fields is more than prepared to make that sacrifice.

While he likes and respects Dalton, the rookie once again is making his goals clear. When practices begin at the end of July and the preseason follows? He is going to do everything in his power to win that starting job. Whether Nagy says there is no competition is irrelevant. There is always competition. It’s just a matter of making the right impression.