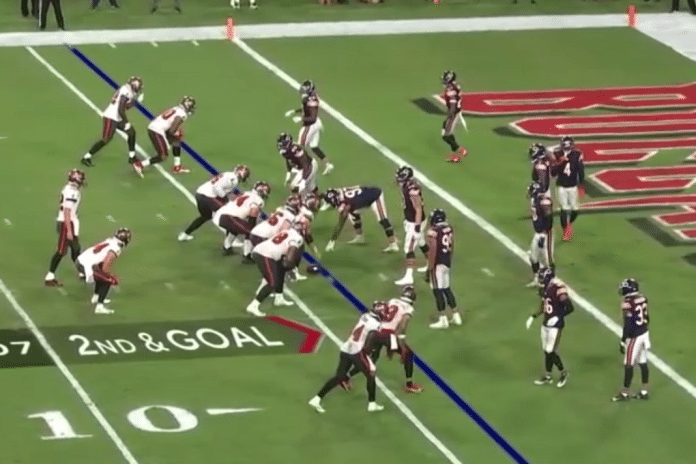 The Chicago Bears endured yet another humiliating loss last Sunday. This time at the hands of the Tampa Bay Buccaneers. Everything that could’ve gone wrong did go wrong. The offense managed just three points. Justin Fields took another beating and turned the ball over five times. The defense, backed into their own territory most of the afternoon, gave up 38 points. It was the second game of this type the team has endured in the space of a month. First in Cleveland and now in Tampa.

Nobody is taking more heat for the fiasco than head coach Matt Nagy. He was already on the hot seat in the eyes of many fans when the 2020 season ended. It was not a popular decision when team chairman George McCaskey opted to keep Nagy and GM Ryan Pace in charge. The bold trade up in the draft for Fields seemed to ease the pressure on them for a time, but that goodwill has all but disappeared.

How bad is it getting?

Nagy probably didn’t hear it because of his headset, but those in attendance heard chants break out at the start of the 4th quarter. They were quite audible. So much that the CBS broadcast picked them up.

No need for sound enhancement there. That is undoubtedly a sizable collection of Chicago Bears fans shouting “Fire Nagy” over and over. It was no secret that they weren’t happy with him before. When it gets to a point where they start chanting like this? It is a bad sign. One can surmise the paper bags over the heads isn’t too far behind. That is what happened with Marc Trestman back in 2014.

Not the sort of company Nagy wants to be mentioned in the same breath with. He has 10 games left to change that. Maybe less. The Bears are 3-4 and boast the worst offense in the NFL. If they lose to San Francisco this weekend and Pittsburgh next week? It isn’t crazy to think fans may get their wish sooner than later.