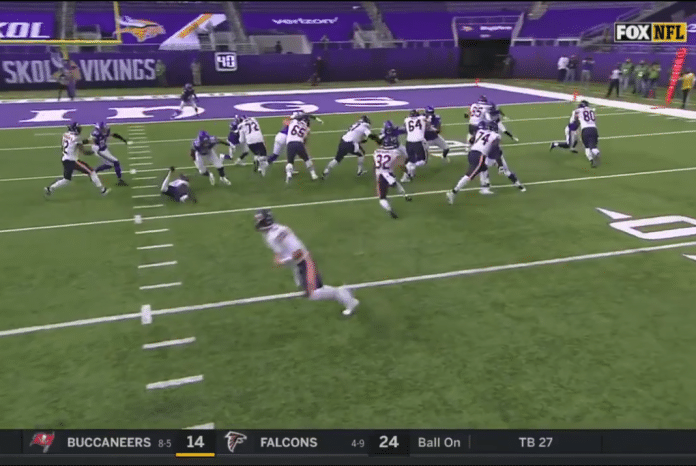 The Chicago Bears have looked like a totally different team the past three weeks. They were a Mitch Trubisky fumble away from beating the Detroit Lions. Then they crushed the Houston Texans and are now coming off a big upset of the Vikings in Minnesota. They’ve scored at least 30 points in each of those three games. Credit should go to plenty of people. Trubisky for playing more efficiently. Bill Lazor for improving the scheme. David Montgomery for running so well. Yet the biggest driving force is the offensive line. None more so than Cody Whitehair.

Matt Nagy and his coaching staff did some serious self-scouting during the bye week back in November. One conclusion they reached was that the current configuration of the offensive line wasn’t working. So they made some significant changes. Germain Ifedi was shifted to right tackle. Alex Bars took his spot at right guard. Sam Mustipher took over at center and Whitehair moved to left guard.

The transformation has been downright shocking.

In seven games prior to the bye week, the Bears failed to top 100 yards rushing. Since going with this new alignment they’ve gone for 121, 140, 169, and 199 respectively the past four weeks. Just outright domination on the ground. Nobody has exemplified this success more than Whitehair who has looked liberated at guard.

No longer saddled with making protection calls or figuring out who to help, the 27-year old has turned into the Bears’ most ferocious run blocker. That was on full display in the win over Minnesota. During the first half, Montgomery ran for a 14-yard touchdown through a gaping hole. Leading the way through was Whitehair who proceeded to bury a Vikings defensive tackle.

It was such a nasty block that FOX Sports analyst and former lineman Geoff Schwartz couldn’t stop watching it.

Cody Whitehair resurgence is great news for the Bears

Though it does create a bit of a conundrum. Given how well their interior three have played, it begs the question of what they plan to do with James Daniels next year. Prior to his pectoral injury, the third-year man was playing quite well at left guard. If the plan is to keep Mustipher at center, who plays left guard? Does Whitehair stay put and they move Daniels to the right side? Or does Daniels resume his spot at left guard and Whitehair move to the right side?

Not an easy thing to sort through but certainly a nice problem to have. This means the Bears will have good options along the entire interior. Especially if they retain Bars with hi Exclusive Right Free Agent tender. This would allow them to focus their attention on possibly upgrading at tackle what with Ifedi being a free agent and Bobby Massie coming off a season-ending injury.

Credit to the Bears coaches for making the changes.

They could end up saving the season and a lot of jobs next month. Cody Whitehair is also reminding us why he made the Pro Bowl back in 2018. The guy is a good football player. He just needed to be put in the right spot to show it.