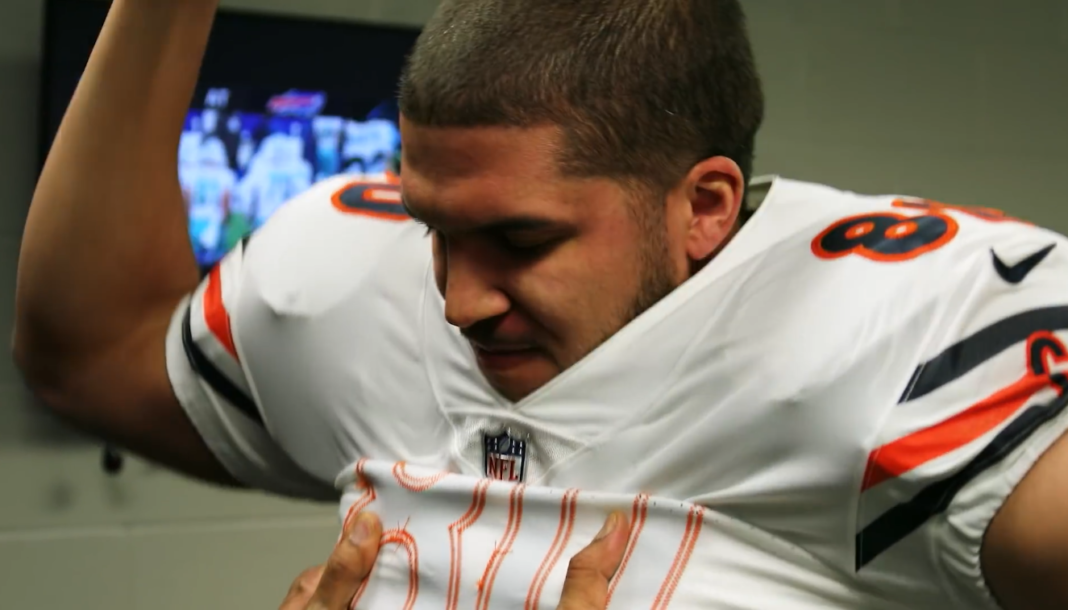 The Chicago Bears should’ve beaten the Philadelphia Eagles in the playoffs last Sunday if only their kicker makes a 43-yard field goal. Considering how much money he’s getting paid, that should’ve been a routine moment. Instead they are forced to stay home the rest of the year. That story has made it easy to overlook one of the most puzzling developments in recent team history. That regarding tight end Trey Burton.

Throughout the week leading up to the game, nothing seemed amiss regarding the newest addition to the Bears tight end depth chart. Then, out of nowhere, his name pops up on the injury report late Friday evening. He’d been downgraded to questionable with a groin injury. The timing of it was unusual, to say the least.

Burton tried to explain what happened to Patrick Finley of the Chicago Sun-Times. Apparently, the groin began to tighten up on him during the day and it reached a point of severity where his range of movement became limited.

“The history of my body, that’s what it does — it locks up when it feels any threat,” he said. “Over time, if you look at the history of my injuries, whenever it feels like it’s threatened or something could possibly happen that’s serious, my body locks up. And that’s what happened to me my whole career.”

Trey Burton has a history with high anxiety, but the timing is still odd

It seems this is nothing new to Burton. He comes from a family that has battled anxiety problems for ages and he’s experienced issues like this before. Yet many are left wondering if Burton just used that as an excuse. Why? The possibility that he didn’t want to play against his former team, the one he helped win a Super Bowl.

That may sound like a conspiracy, but is it? A month ago when the Bears were game planning for the New York Giants, head coach Matt Nagy wanted to install a version of the Philly Special play. The same one that Burton had thrown to win the Super Bowl months earlier. When Burton got the nod as the guy who would throw the pass in that situation, it didn’t go well.

“Honestly when they put it up on the board (in practice), I got crazy anxiety,” Burton said. “I was kind of freaking out a little bit, just because a ton of unbelievable memories come back to mind from the Super Bowl. … I remember not really saying much and going out in practice and trying to do it, and I just couldn’t. Physically there was some type of block that wasn’t letting me do it.”

In the end, the Bears switched the play to where Tarik Cohen would throw the pass instead. However, that should’ve been a major red flag at the time. It was clear even then that if the Bears ended up encountering the Eagles down the line, Burton might not be of any help. Sure enough, it came back to bite them in the biggest game of the season.

Burton tried to insist that if there was any team he’d want to play against, it would’ve been Philadelphia. His reactions to anything related to them the past few months says otherwise. Nobody will ever know the true extent of the story, but these details don’t paint the rosiest picture in regards to the Bears tight end.

RELATED: What the Hell Really Happened To Trey Burton?