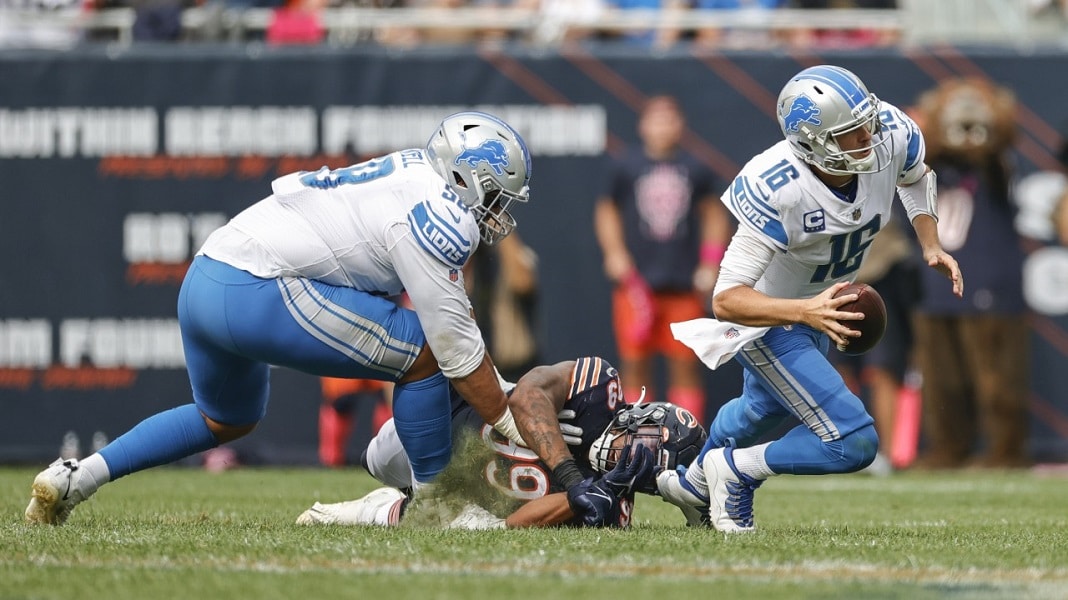 Trevis Gipson was blooded for the first time on Sunday against the Detroit Lions. The Chicago Bears finally gave him a proper opportunity to play after weeks of little to no action. This despite his outstanding performance in the preseason. It appears they may have held him on the leash too long. The second-year pass rusher wasted no time getting to work, collecting two tackles for a loss and sacking Jared Goff once on the afternoon.

Most of this coming against Penei Sewell, Detroit’s 7th overall draft pick. This is the latest evidence that Gipson isn’t just another 5th round pick. The Bears traded up to get him for a reason. They felt with a little time to adjust his body for outside linebacker, he could become a serious threat as a pass rusher. Now he’s starting to prove it. Best of all? His confidence is sky-high. He proved that when he tagged Goff on Instagram with a photo of the sack.

Even including an iconic quote from late wrestling legend “Rowdy” Roddy Piper. 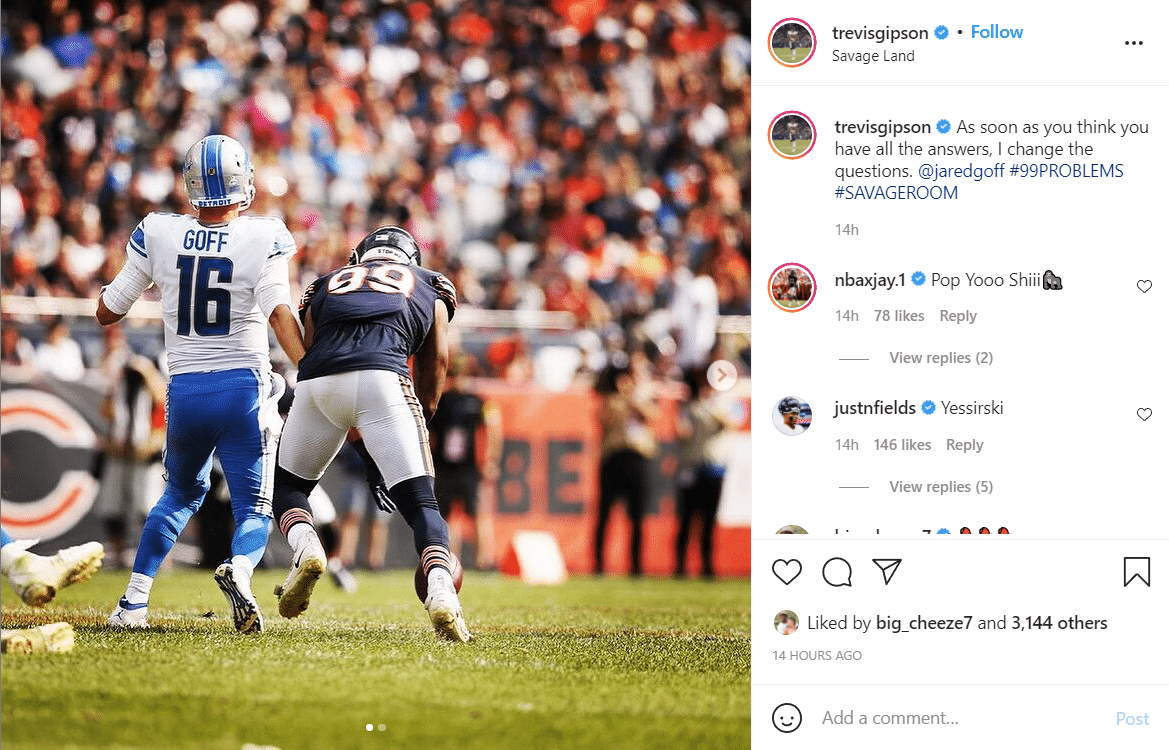 The quote is among the most memorable in the history of professional wrestling. It came back in the 1980s when Piper was hosting his popular TV segment “Piper’s Pit.” Here he’d interview random wrestlers and more often than not spend most of it insulting them at every opportunity. This was the case when he had a journeyman wrestler named Frank Williams on the show. After receiving barbs during the interview, the guy tried to confront him physically. Piper beat him up and threw him off the set. That is when he said the words.

It was a great segment. One of the most entertaining of the era and a reminder of just how awesome Piper was. This statement by Gipson suggests he is a big fan of wrestling and no doubt feeling the same confidence Piper did.

Trevis Gipson has the numbers to back up his ascent

Through four games, Gipson has played 26 pass rush snaps for the Bears. In that span, he has pressured the quarterback six times including that sack on Goff. For context? That is more than K’Lavon Chaisson, who was picked in the 1st round of the same draft. He has four pressures on 46 pass rush snaps. His win percentage (24.0%) is higher than Danielle Hunter and Nick Bosa.

It’s a small sample size, but clear evidence that this young man is coming into his old. With the Bears getting older on the edge with Khalil Mack (30) and Robert Quinn (31), having a young buck like Trevis Gipson waiting in the wings could be a major boon for their future. Already they have other youths like Roquan Smith and Jaylon Johnson becoming possible stars. Is Gipson ready to join that mix?

He seems to think so.

People forget that Piper went toe-to-toe with Hulk Hogan at the peak of his powers in the 1980s. Without Hot Rod, there is no way Wrestlemania becomes the must-see event it is today. That is the sort of personality Gipson wants to channel in his NFL career. The Bears would be a better football team for it.