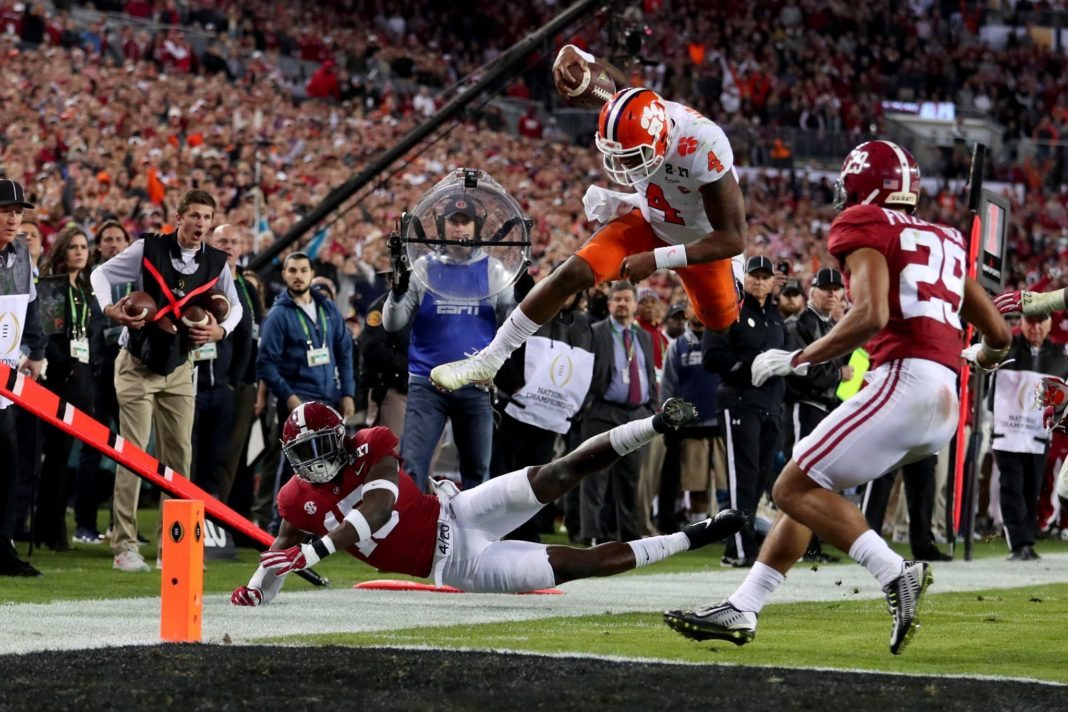 The Chicago Bears know they have a monumentally important decision ahead of them in the spring. This is the first year in a long time where it looks like a change is at hand for the quarterback position. Jay Cutler was the undisputed starter since 2009 but years of underachievement and injuries have finally broken his hold on the job.

GM Ryan Pace has put off the decision at quarterback for two years, partly to rebuild the rest of the roster but also take a long look to see if Cutler was the guy. He seems to have an answer now, and a clear course of action ahead. Chicago will spent the entire 2017 off-season searching for their next starter.

Chief among the long list of names who have been mentioned more than once already? Clemson star Deshaun Watson. Fresh off his national championship victory, the junior is already preparing his next step. The crafty part is it involves enlisting help from somebody with ties to the Bears. (continue to next page from top)