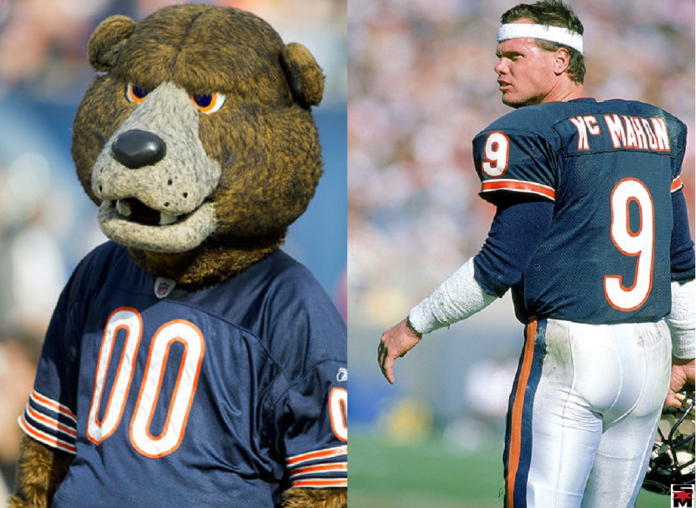 It’s somewhat of a slow time in Chicago sports. Spring training for the Cubs and White Sox is still about six weeks out. Yes, we’ve got the Bulls and Blackhawks and both will be playoff contenders, but we’re right at that point in the season where the All-Star breaks are near and we’re just wanting those playoffs to get here. Don’t worry, we’ll still be bringing you all of the latest updates as they come in and I’m sure we’ll start some of our own rumors as well…..you know, being the troublemakers that we are. Then we have the Chicago Bears, who are once again sitting at home while these amazing NFL Playoffs are going on. They’ll get back there soon…..we hope anyway.

With that being said, I know there are a lot of Bears fans out there who are still looking for that Chicago football fix. So I thought I’d try something new here at Sports Mockery. Call it a little experiment if you will. Sure, I could write up something about the upcoming 30th anniversary of the Super Bowl XX win (and I still might), but I’m looking to go a little bigger. Now, we’ve done lists of the best Bears running backs or quarterbacks or draft picks, but I wanted to try something different…and on a bigger scale. Over the course of ten articles over the next couple of weeks, I’ll be bringing you the top 100 Chicago Bears of all time based on jersey number alone. The Bears have a long history and actually have the most retired numbers in the NFL, so there were obviously a few that were pretty easy (#34, #40, #51, etc.), but there were some in there where I had a tough time choosing.

Obviously, my opinion may differ from yours, but that’s part of the fun of this experiment. I’d love to hear your feedback on each number as I go along. In addition, I’d love to hear your feedback on the format in general as I’ve got other ideas for future articles that could run like this as well. But enough of my yapping….let’s start the list with #00-#9 and make sure to keep checking back for the latest in the series. Enjoy.