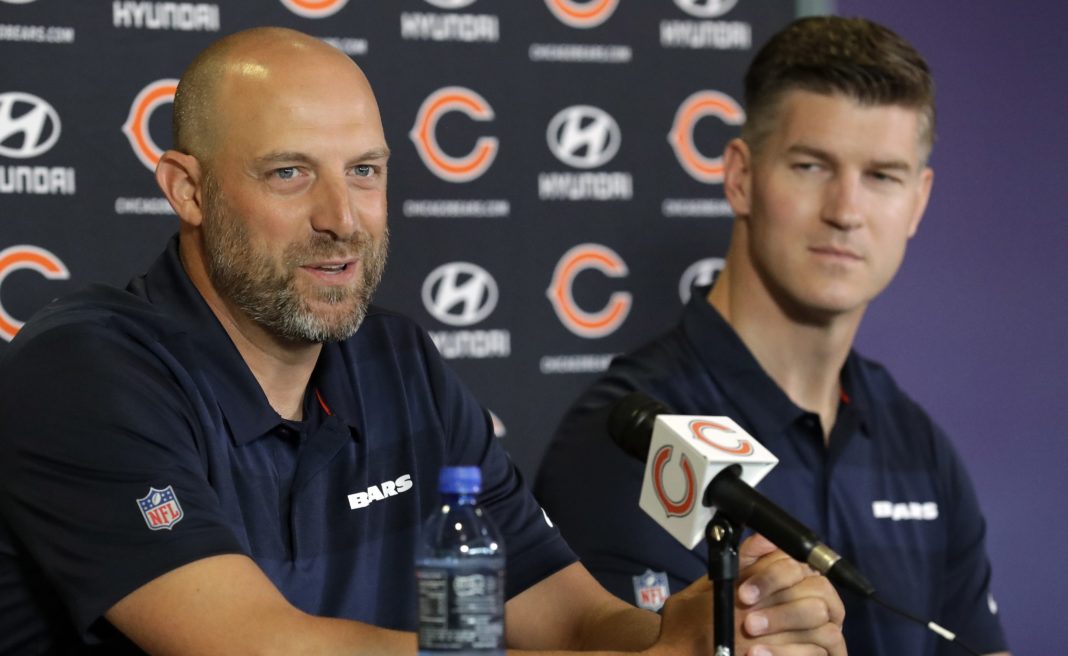 George McCaskey spent a little over two days deliberating. He spoke to his family. He spoke to the Chicago Bears board of directors and he even consulted other NFL owners. After weighing the options and understanding he wasn’t making the popular choice, he decided GM Ryan Pace and head coach Matt Nagy would return for a fourth season together.

When asked about why he made this decision, McCaskey offered limited hard evidence. He praised how the two men were such strong leaders during a difficult NFL season. They navigated a pandemic and managed to keep the team together after a six-game losing streak. They also managed to develop some promising young talents like Darnell Mooney.

In the eyes of many, that wasn’t nearly enough.

Pace has been in charge of the Bears for six seasons with one winning record to show for it. His teams have made the playoffs twice and failed to win a game during either trip. Every move he’s made at quarterback from Mike Glennon to Mitch Trubisky and Nick Foles has resulted in failure. Nagy? He started out strong but has regressed to average over the past two years. His offense has never finished higher than 21st in the league. What exactly have these two men done to justify such loyalty?

According to Brad Biggs of the Chicago Tribune, it isn’t as simple as that. What the two men accomplished late in the season did play a role in preserving their jobs. However, it wasn’t entirely for the reasons people think. One surprising part of why McCaskey stood firm was how the Bears would’ve entered the search for replacements late in the process.

“I don’t think McCaskey, who is the one in control, provided Pace and Nagy a pass because the team reached the playoffs. To me, a bigger factor is the Bears would have been a week late to the process after participating in the wild-card round. They would have been behind in an offseason with a high level of turnover when it comes to general manager jobs, which are beginning to fill up with the Denver Broncos on Wednesday hiring former Bears pro and college scout George Paton.”

George McCaskey didn’t trust he could upgrade on short notice

That is understandable. No fewer than six teams ended the NFL season hunting for a new general manager and even more for a new head coach after the Philadelphia Eagles fired Doug Pederson. It’s apparent McCaskey wasn’t confident he’d be able to research and attract any of the top candidates available before another team way further along in the process struck first.

While this is a valid point, it does raise a question. The Bears were 5-7 back in early December. It looked like their season was all but over. Multiple reports hinted George McCaskey was considering a change. It’s fair to wonder why the man didn’t start doing preliminary research on potential replacements at that time? He could’ve been well-prepared to make a change if the season did end up going south or end up the way it ultimately did.

Instead, he begged off the moment they started winning again.

Now here they are. Running it back with Nagy and Pace again. No quarterback. An aging defense. Their best offensive player approaching free agency and limited resources to tackle all these issues. Best of all? McCaskey gave them the green light to do whatever it takes to help the team do better in 2021, even if it ends up costing the organization long-term.