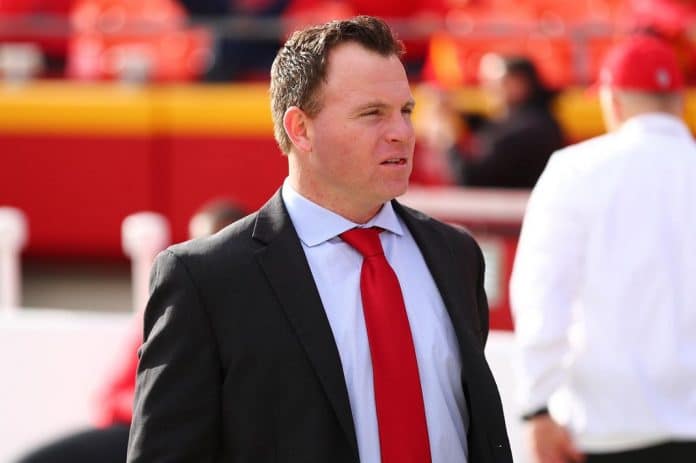 Something to remember in all these discussions is the Chicago Bears ownership likes Ryan Pace. They feel he’s conducted himself well as GM since taking over in 2015 and comes across as a classy guy. However, everybody knows this is a bottom-line business. If you don’t win, you’re gone. Following the disaster at Lambeau Field on Sunday night, the Bears are 5-6 this season. Unless they go 4-1 down the stretch, they will finish .500 or worse for the fifth time in six years.

That is something he can’t escape. No matter how much George McCaskey likes Pace, the GM hasn’t gotten the job done. Up to this point, there have only been rumblings about the team possibly moving on from him. Undoubtedly there was still hope the Bears could pull out of their tailspin after that 5-1 start. After five losses in a row, it’s starting to get serious.

What people want to know is if they do ax him, who would take over?

For the first time, a name has surfaced on the rumor mill. A source informed me that one guy who is getting a serious early look by team brass is Mike Borgonzi. This is a name that started to surface last year when the Kansas City Chiefs won the Super Bowl. That was his 11th year in the NFL as a scout and personnel specialist.

It’s hard not to wonder if this idea is partially driven by regret. Regret felt by McCaskey for not giving the job to Chris Ballard back in 2015 when he had the chance. Ballard was a proven personnel director in Kansas City. He ended up in Indianapolis a year later and is having success. Is Borgonzi a consolation prize?

Not necessarily. There is a legitimate belief the guy has more than enough chops to be a good GM. Matt Miller of Bleacher Report had this to say about him.

“Like Ballard before him, [Borgonzi] is known as a very thorough evaluator, but he’s also praised for the type of staff he’ll build. Ballard went to Indianapolis and hired [Ed] Dodds, but he also added Rex Hogan (New York Jets) and did a great job keeping key scouts already with the Colts instead of cleaning house. Borgonzi is expected to be that kind of thinker who will put the good of the team over his ego.”

Good things seemed to happen when Borgonzi got more say too.

When he became a personnel director in 2015, it was around that time the Chiefs really started to hit their stride in the draft. They scored Marcus Peters in 2015, Chris Jones and Tyreek Hill in 2016, and of course Patrick Mahomes in 2017. Kansas City now owns the AFC West and are heavy favorites to play for a chance at the Super Bowl in January.

So yeah. It’s perfectly understandable why Borgonzi would be a target. Is he THE target for the Chicago Bears if Pace is out? It’s too early to tell. A lot can change in the next month. Odds are McCaskey’s list of possible options will expand. Even so, it is interesting that this is one of the first names to emerge.