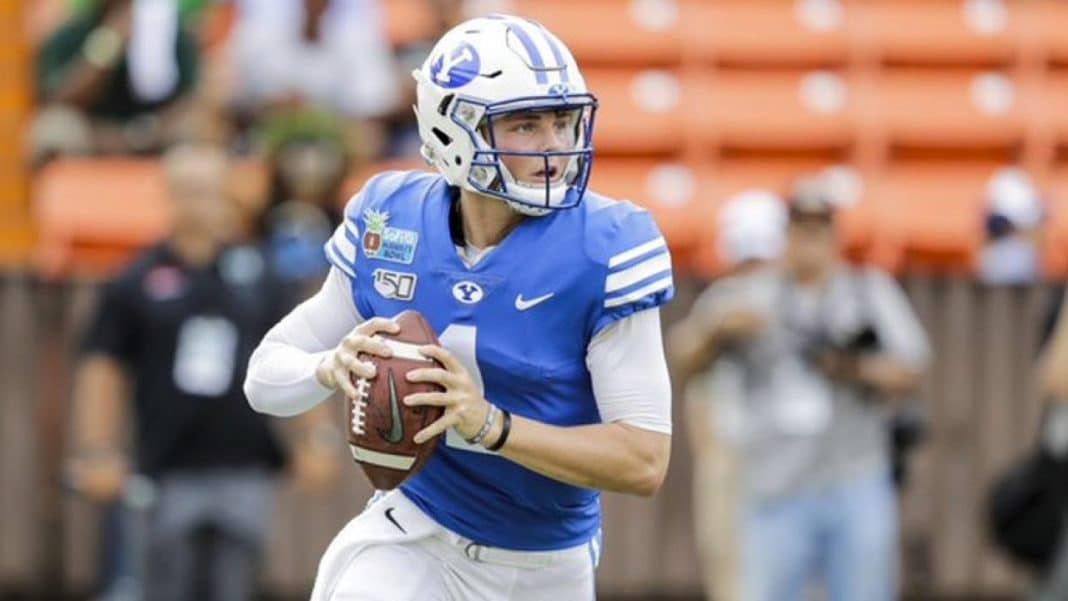 The Chicago Bears took their shot. They missed. Mitch Trubisky was supposed to be the guy that GM Ryan Pace built a perennial contender around. Sadly, as has become the case many times over the years he got the pick wrong. It’s not entirely clear where Pace went wrong in his evaluation. All people know is he grew smitten with Trubisky almost right away and all it took was some validation from his inner circle to cement that decision.

Now Patrick Mahomes and Deshaun Watson own the AFC and Trubisky will likely be a backup somewhere else next year. It’s a kind of pain Bears fans aren’t likely to see fade for some time. It’s also why Pace will be looking for a new job in January. Whomever his successor ends up being will have to clean up the mess at quarterback.

The question is obviously who should they pursue? There are plenty of options. Not all of them are great. It’ll be a challenge for the Bears to land somebody who has a definite chance to be the face of the franchise. Here are the five they may have a shot at.

If the Chicago Bears seek a QB in 2021? Watch these names

Every year usually has that one quarterback prospect. The term is “boom-or-bust.” Put simply, it’s a tantalizing physical talent who looks like he could dominate Sundays for a decade. However, for one reason or another, there is the very real risk of them flaming out. Maybe it’s off-the-field concerns like a Johnny Manziel or an injury history like a Tony Eason. For somebody like Lance? It’s about experience.

While he did go undefeated in his time at North Dakota State, the quarterback only threw a total of 318 passes in that time. All against FCS-level competition. He was never truly tested, benefitting from being on a team with a dominant ground game. There is no denying his talent. He has the size, arm strength, and mobility to thrive on Sundays. He just isn’t ready for the speed and complexity of NFL defenses. Just like Trubisky wasn’t. Will he ever be? That is the big question.

The Jets are in the process of maybe becoming the third team since 2008 to go winless in a season. That should guarantee them the #1 overall pick. Expectations are they will draft Clemson star Trevor Lawrence with that selection. This means the future of Darnold is pretty much set in stone. The former #3 pick in 2018 has had a rough go it in New York, but that’s not even close to all his fault. The Jets did a poor job building around him.

Darnold is still talented. He has a live arm and can run almost as well as any quarterback in the league outside of Kyler Murray and Lamar Jackson. He’s also only 23-years old. So there is still plenty of time to get his career pointed in the right direction. The tough part is whether the Chicago Bears, with their notorious history, can put the proper structure in place to help him excel. They aren’t exactly constructed well for that at the moment.

There really is no such thing as a “safe” quarterback in any draft. All come with a degree of risk. Still, watching Trask play it’s easy to think he’s the most likely of the 2021 class to at least have a decent career as a starter outside of Lawrence. Why? The kid is 6’5 with an NFL physique. He moves okay for that size and has a decent enough arm. Combine that with strong accuracy, poise, and vision? He should translate to the pros pretty well.

The fact he’s been ripping through the SEC all year, the best conference in college football only helps his case. There isn’t much else he can do to show people he belongs on an NFL field. If there is a lingering concern with him it’s his upside. Given the questions about his arm strength, it’s fair to wonder how much better he can get. He has the look of a guy who can be solid for a long time but never quite reaches the “elite” category.

The Bears have had success drafting a QB from BYU before. Jim McMahon remains fondly remembered in Chicago to this day. Maybe lightning could strike twice? That aside, Wilson is way more of a talent than his school would suggest. He’s not the biggest or strongest in this class. Don’t be fooled though. He has enough size to handle himself just fine in the NFL. What makes him such an exciting prospect is how he utilizes his talents.

Wilson probably has the quickest release of any QB in this class. It comes out lightning fast. His decision-making is good and he demonstrates the sort of field vision a team looks for. Better still, he’s athletic enough to move around and make plays with his feet. Lots of improvisational skills. This kid carries himself with swagger and confidence. He isn’t afraid to take calculated risks in high-pressure moments. If Chicago is even remotely in striking range come draft time, they should go get him.

It’s acknowledged right off the bat that the likelihood of this happening is remote. The Cowboys have made it clear for months now that they have no intention of letting Prescott walk next offseason. They’ll be able to use the franchise tag again on him if necessary but they seem more committed than ever to lock him up long-term. On top of that, even if he did somehow hit the open market he’d easily end up costing $40 million per year.

The Chicago Bears would basically have to gut a huge chunk of their veteran roster just to afford him. So why would they do something like that? The simple fact that Prescott is a franchise quarterback. Nobody can argue that anymore. He plays the position like one and was carrying his team on his back for the past two years. He may not be at the same level as an Aaron Rodgers or Patrick Mahomes, but he’d be the best this franchise has had in the Super Bowl era.