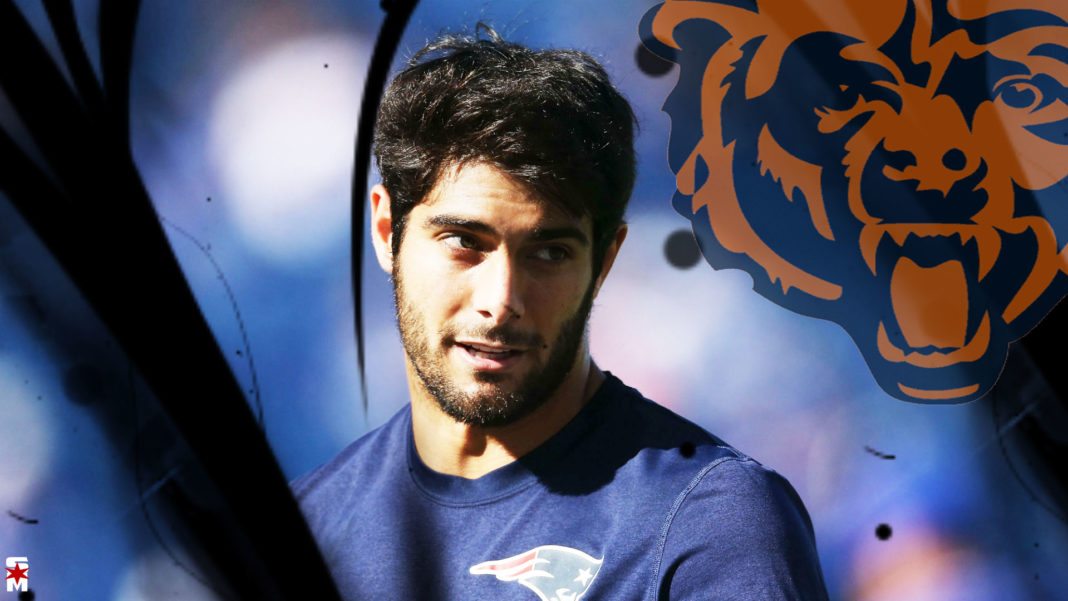 Ben Volin writes for the Boston Globe. He’s covered the New England Patriots since 2013, a year before Garoppolo was drafted. So he has seen this entire process play out up close and personal. What he has to say regarding this trade idea would be interesting. That’s exactly what he provided when he joined Waddle & Silvy on ESPN 1000 to talk about it.

What he had to say was surprising.

“There’s going to be some competition for Jimmy Garoppolo. I like the idea of the Bears going after him hard, but I think between the Browns. I know for a fact the Browns loved him in the draft a few years ago and then their own Jimmy Haslam stepped in and took Johnny Manziel. So the Browns are going to go after him.

The area of the team you really have to watch now is Josh McDaniels potentially going to the Niners (49ers), taking that head coaching job, and then trading for Jimmy Garoppolo and bringing him along with him there. So I think there is going to be some competition for Garoppolo and the Bears should certainly do some scouting in the college ranks because he might not be available.”

Below is the entire section of the discussion in audio if you wish to listen.

Indeed there are plenty of other reasons to think both the Browns and the 49ers will make a strong push for Garoppolo. For starters both have more ammunition in the draft to interest the Patriots in making a deal. Cleveland has two first round picks and five picks in the first three rounds. They could easily afford the likely asking price. San Francisco too is well-stocked with 10 picks total in this draft.

Then there is the fact the Browns are motivated by opportunity. Getting Garoppolo would afford them the chance to avoid using the #1 overall pick on a QB. Thus they’d be free to spend it on Texas A&M pass rusher Myles Garrett. He is widely viewed as the best overall prospect in the draft and would be a great fit for their scheme.

From the 49ers’ perspective, teaming Garoppolo and McDaniels makes tons of sense. They know each other well. McDaniels knows exactly what Jimmy can and can’t do. It affords the team the chance to avoid starting completely from scratch with a rookie. They’d be able to spend the off-season finding weapons and protection.

If nothing else this might explain even more why word recently leaked the Bears are “doing their homework” on the 2017 quarterback class. It seems GM Ryan Pace would love to avoid a bidding war for Garoppolo and instead find this teams’ future at a cheaper price in the draft. Even so, it’s worth noting one small extra detail.

Volin said the Browns loved Garoppolo back in 2014 before the draft. Their quarterbacks coach during that year? None other than Bears offensive coordinator Dowell Loggains. Maybe not a strong enough factor, but definitely one worth considering for when things get active this March.