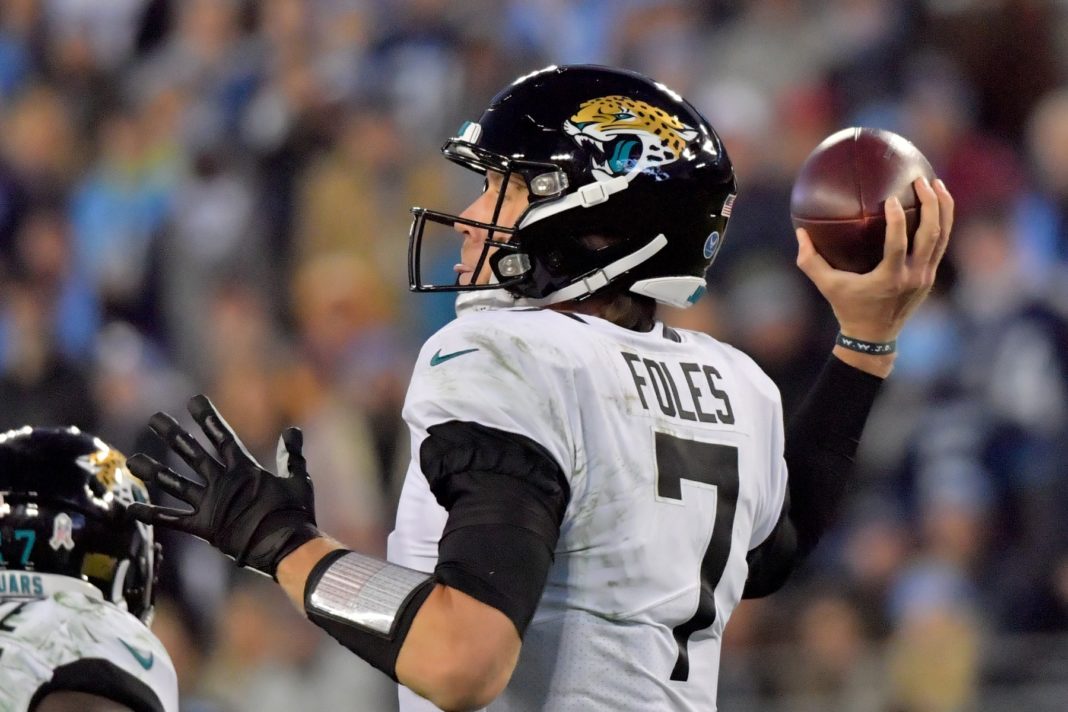 When people think about Nick Foles, they see a guy who is a family man. He’s not overly outspoken and an ardent Christian. Teammates and coaches love him and he’s viewed as just a genuinely good person. This public perception, while ingrained in truth, tends to overshadow the other side of Foles. He is a competitor. The guy wants to play and he wants to win as bad as anybody else on a football field.

Beating Tom Brady in a Super Bowl offers enough proof of that.

So when people assumed he’d be content playing backup to Mitch Trubisky when the Chicago Bears traded for him, they just didn’t understand. He didn’t take a pay cut to come here and sit on the bench. He told Matt Nagy as much when he arrived. The head coach explained that to Albert Breer of the MMQB in a recent interview.

“That was affirmed the other day, when Foles had a moment one-on-one with Nagy and told him, I’m coming in here to win the job, I’m gonna do everything I can, but I’m also gonna help Mitch. To Nagy, it showed not only that the Bears traded for the right guy, or that it would pay dividends given the weird state of the offseason. It also radiated self-confidence.”

The thing is Foles can sympathize with Trubisky. There was a time when he was viewed as the guy for a team and it ended up slipping away from him. Yet that is the nature of the business. There is only one starting job. One guy who gets to handle the football on Sundays. Foles didn’t get into football to go down in history as one of the all-time great backups. There’s a reason he left Philadelphia last year to sign in Jacksonville.

Coming to Chicago was about rejoining familiar faces but also unfinished business. He is out to show the NFL world that what happened last year was no because he’s a bad football player. He is not a guy who easily loses his job to a rookie 6th round pick. This coming season is about redemption. His, not Trubisky’s. That is just a simple fact.