Matt Nagy Is Mediocre Even In Rankings For Hottest Coaches

Chicago Bears fans consider Matt Nagy the worst head coach to ever exist. That isn’t true. It is just the byproduct of the team having a difficult season. When examining the landscape since he arrived in 2018? The best way to describe him is mediocre. The epitome of average. Good enough to beat up on bad teams but bad enough to get humbled by good teams. This is backed up by his record of 31-27.

The epitome of mediocrity. That will likely be the label he carries into his search for employment when the Bears fire him after the season. As it turns out, that label of averageness isn’t limited to football either. According to a poll of 316 women, all 32 head coaches were ranked by hotness using Google images. Nagy ended up 17th on the list. If that weren’t humbling enough, Bruce Arians and Bill Belichick both ranked well ahead of him. 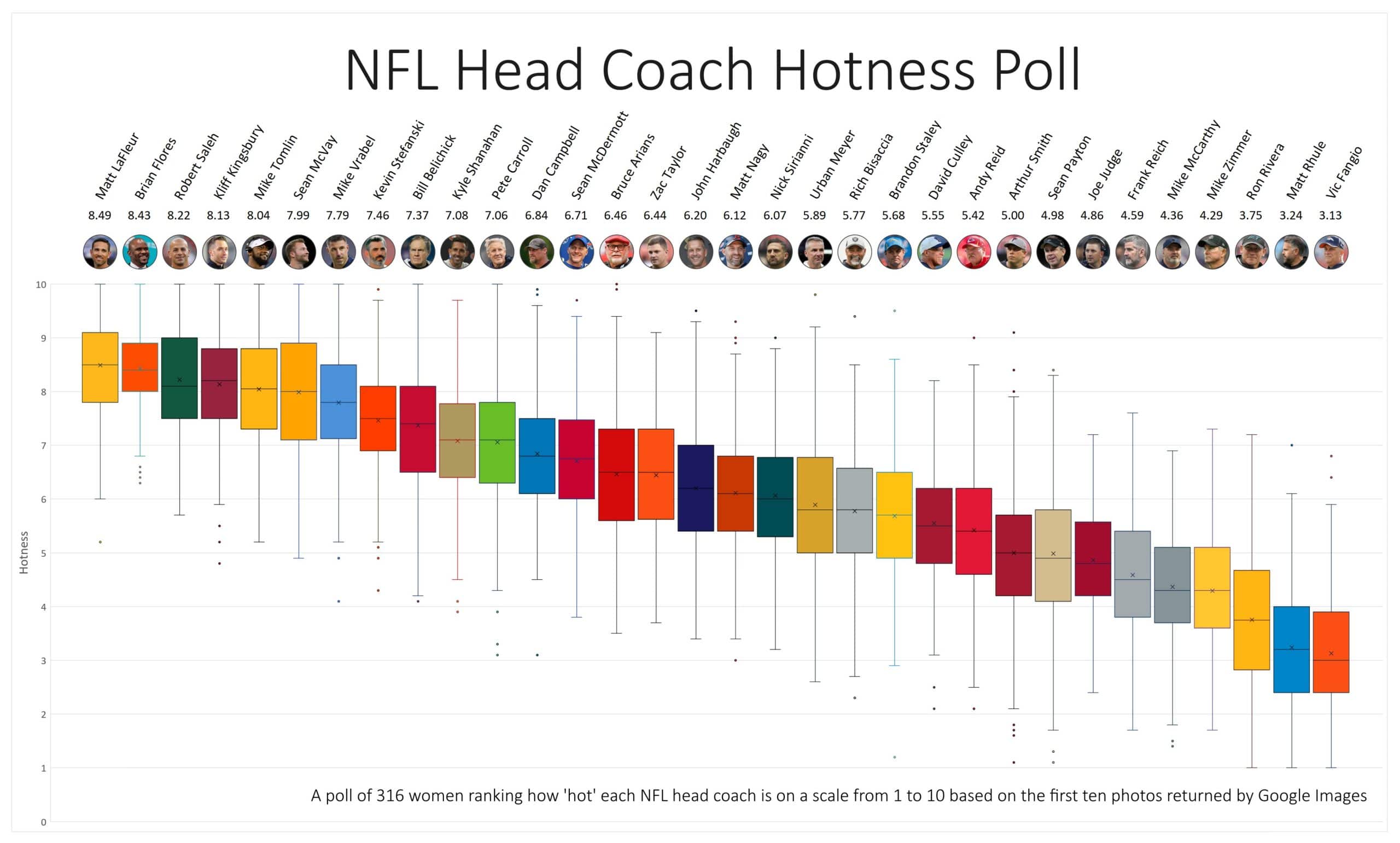 People not only think he’s forgettable as a head coach but even as an attractive man. Matt Nagy is neither famous nor infamous. Guess the ball head and visor look doesn’t do it for people. Jokes aside, it’s fair to wonder what the next month and a half hold for him. A recent report indicated there was a plan to fire the head coach after the Lions game on Thanksgiving. A report that George McCaskey later refuted.

This likely means more chants of “Fire Nagy” from Bears fans in the games to come. Especially as the losses continue to stack up. Arizona and Green Bay are up next after this. The odds of this team winning many more games are remote. Hence why most insiders remain certain he will be fired no later than January. At that point, the Bears have to figure out where things went wrong and how to fix it.

Erik Lambert
Educated to be a writer at the prestigious Columbia College in Chicago, Erik has spent the past 10 years covering the Bears.
SourceQuinn Harris-USA TODAY Sports

Teven Jenkins underwent back surgery prior to the start...
Chicago Bears News

Bears Mailbag — How About Kellen Moore For Future Head Coach?

Another College Insider Connects Ryan Day To The Bears

Things are getting weird down at Ohio State. Despite...
Chicago Bears News

How Justin Fields, If He Plays, Will Engineer A Big Upset Of Arizona

They say optimism can go a long way. So...
Chicago Bears News

Why John Dorsey Is Worth The Gamble As Next Bears GM

There will be no shortage of names the Chicago...
Chicago Bears News

A “Band Back Together” Idea For Chicago Bears Regime Change

The Chicago Bears reached their zenith in 1985 and...