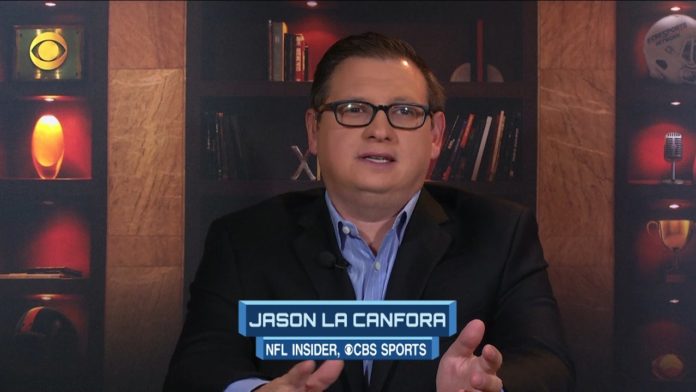 By now most Chicago Bears fans have probably heard the name Jason La Canfora a few times. Currently he is an “insider” for CBS Sports and has offered his insight on teams around the league. The declarations and predictions he’s made as an employee there are, shall we say, inaccurate for the most part. Especially when it involves the Bears.

La Canfora has tried many times to insist he knows what’s going on behind the scenes in Chicago. Many times he’s been proven incorrect. A huge one came in 2016 when he reported the Bears planned to bring in former GM Bill Polian in some capacity. He also claimed Philip Rivers would be interested in joining the team this offseason after leaving the Chargers. Something that every other notable insider didn’t even touch.

The guy is a half-assed hack. Bears fans have known for years now and having to listen to his constant snipes at the team makes it intolerable. Well, it appears his reputation could be set to take a hit. Rumors are circulating that a major expose is coming from the Washington Post regarding Daniel Snyder and the Washington football team he owns. One that could potentially threaten his ownership.

Harrison Weinhold, a digital marketing director for the Daily Caller based out of Washington D.C., revealed just how bad the situation actually is. One of his targets was La Canfora who was a beat writer on the Redskins for six years and apparently became embroiled in a major catfish scandal that got swept under the rug.

Reading that would be a shock in regards to several reporters. With La Canfora? It’s a mild surprise. The guy has never come off as the most well-informed member of the NFL community. If even half of what Weinhold says is true, that showcases why the man is toiling away on CBS where nobody in their right mind takes him seriously. He is shady, sloppy, and will go to ridiculous lengths to get a “scoop.”

He no doubt hates the Bears because nobody even on the periphery of the organization is willing to trust him with accurate information. So he criticizes the team at every opportunity. Pouncing on their mistakes as if he predicted all of them. The guy has dodged a moment like this for a long time. Now it seems his day may finally be coming.