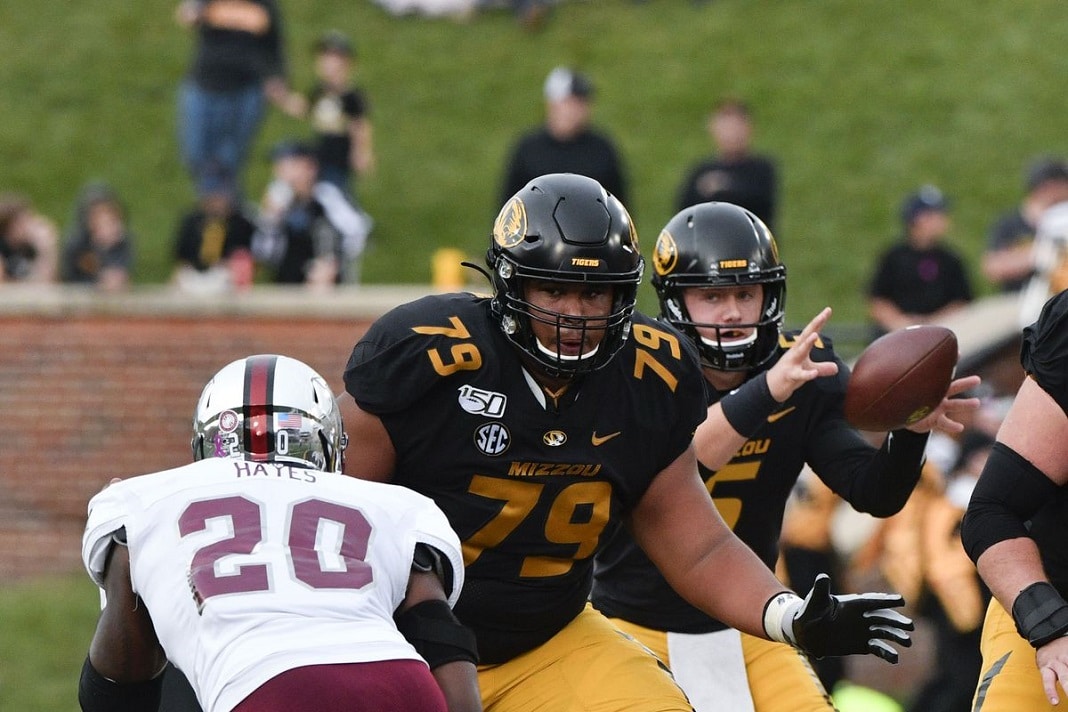 When it comes to the NFL draft, teams will find a myriad of ways to scrutinize you. Any slip up on tape or transgression off the field threatens to derail your chances. One thing that isn’t talked about enough that teams take seriously? Conditioning. They place a high premium on players who keep themselves in top shape. The Chicago Bears are no different. This is a big reason why Larry Borom fell in the 2021 draft.

The Missouri right tackle is a big boy. Really big. In fact, some might say too big. Through last season, he reportedly checked in at 350 lbs. For a guy who is 6’5, that would be considered overweight in the NFL. If he was going to make a career in the pros, it was inevitable he’d be moved to guard unless something was done about that. To his credit, Borom made it his mission to reinvent himself.

Here is him during his final year for Missouri. 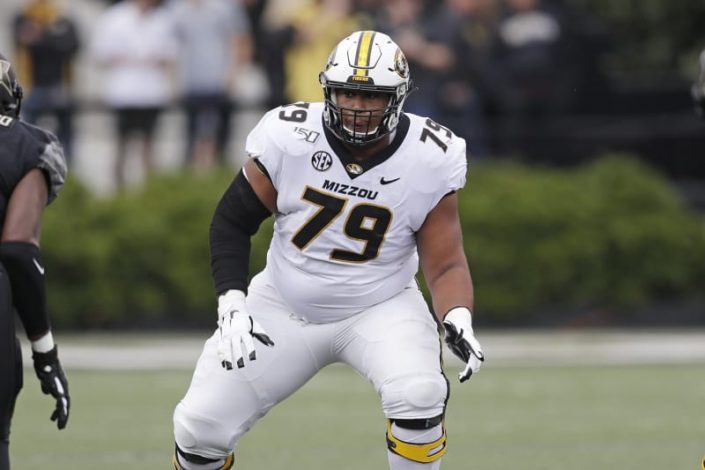 It’s quite apparent he’s carrying a bit of heft. While that was fine at the college level, he’s going to find NFL speed is a different animal. That is what makes his transformation below so impressive. This photo was taken at Missouri’s pro day. Borom clearly looks slimmer and a little more cut. For good reason too. He apparently dropped around 38 lbs. 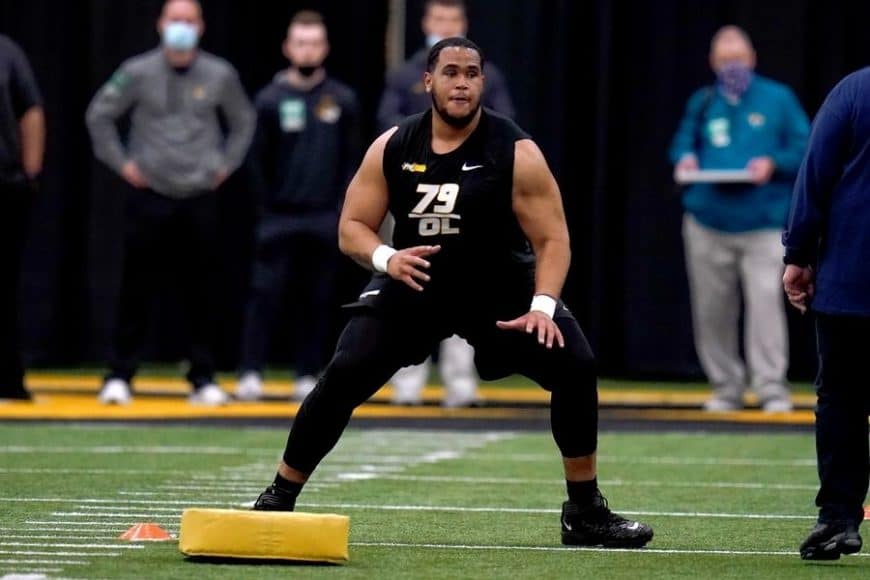 GM Ryan Pace stated one of the reasons the Bears zeroed in on him in the 5th round was how much better his conditioning became leading up to the draft. Their evaluations told them he had the capability of being a starting tackle in the NFL. Could he find the necessary quickness to handle it? Some of those questions were answered with that weight drop. When combined with his underrated technique and consistency? The team seems excited about his potential.

One of the big things that drew him to them wasn’t just his raw power but also his experience. Borom logged snaps at both tackle and guard for Missouri. So he knows how to play both. Considering the array of injuries the Bears suffered along the offensive line last year? It isn’t a big surprise they’d prioritize something like that. Then comes his overall consistency.

For somebody as big and young as he is, Larry Borom is surprisingly steady from snap to snap. A good head on his shoulders. Rarely known for making bad mistakes. His technique is going to need more work presuming he plans to stay at tackle. He has enough athleticism to get by but hand placement and footwork will be what determines if he ends up a starter down the line.

That is where Juan Castillo comes in.

The Bears offensive line coach has a long, proven track record of transforming later draft picks and undrafted free agents into starters. Todd Herremans, King Dunlap, and Ricky Wagner were just a few examples. If he thinks there is something Borom can offer, it’s best to trust his judgment. That will be a training camp subplot worth watching.