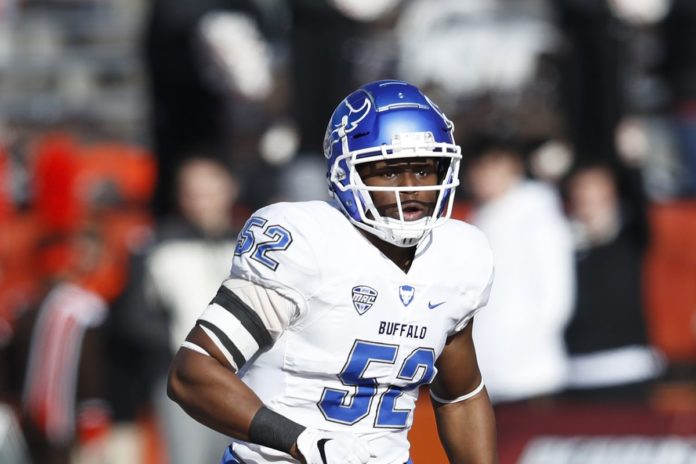 Khalil Mack is established as a superstar for the Chicago Bears. Expectations are high for him this season. He’s reportedly focused like never before and in tremendous shape. Couple that with the arrival of Robert Quinn and the return of Akiem Hicks? It’s not hard to understand why there is legitimate excitement around Halas Hall.

Mack will have added motivation from another source as well. He’ll get a chance to play with family. The Bears signed Ledarius Mack as an undrafted free agent back in April. He is the younger brother of Khalil and carved his own productive career at the University of Buffalo. Most view it as a legacy pick to keep their star happy, but the team doesn’t see it that way.

That was evident when assistant coaches had a chance to meet with the media for the first time with training camp underway. Ted Monachino, who runs the outside linebackers, came away a little surprised. Both by the younger Mack’s talent but also the way he carries himself. Certainly not like a typical undrafted rookie.

Khalil Mack is probably the least surprised of all

One person who no doubt expected Ledarius to be like that is his brother. People should note that Mack talked up his younger sibling big to Buffalo a few years ago. Not out of nepotism. He insisted the kid had legitimate talent. All he required was a shot. The program gave him one and he eventually became one of their best players on defense.

In 2019, he delivered seven sacks and 11 tackles for a loss in 11 games. He also forced three fumbles. It remains uncertain how high his ceiling is. Ledarius is short for an outside linebacker at barely 6’0. There is some power to his game though and he’s athletic. If he can add a nice arsenal of pass rush moves, there seems to be a chance he makes the roster and carves out a role on defense with his brother.