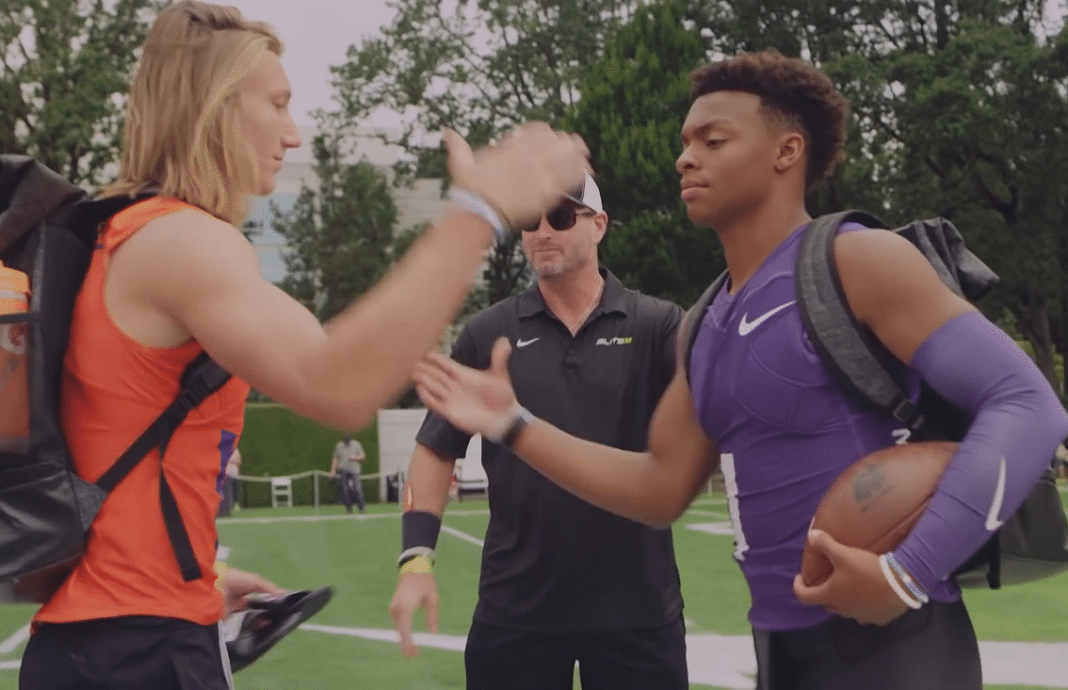 People were so ready to sing the praises of Trevor Lawrence during the 1st round of the NFL draft. He was the golden boy. The next Andrew Luck. That can’t-miss quarterback prospect who’d been expected to go #1 overall since way back in 2018. He’d been viewed as the top dog since coming out of high school. Meanwhile, Justin Fields had to constantly battle for his own validation. Always in Lawrence’s shadow.

Perhaps that is why the new Chicago Bears quarterback seemed to make it his mission to crush Lawrence whenever they went head to head. It began back in 2017 during the prestigious Elite 11 national quarterback competition. Over the course of the action, Lawrence and Fields separated themselves from the pack and were vying for the coveted MVP honors. Fields won their first matchup, which made the rematch critical for Lawrence. If he won, the belief was he’d claim the honor.

Fields was having none of that. He crushed his opponent.

What stood out about the performance was how utterly unflappable Fields was. He just methodically cut the defense apart every single time. That put pressure on Lawrence to respond and he wasn’t able to. This would become a hallmark of Fields’ play once he got to college. Yet even then he couldn’t escape the shadow of Lawrence. As the latter enjoyed a seamless transition at Clemson, Fields was forced to battle for his opportunity to start.

With no immediate hope that at Georgia, he transferred to Ohio State in 2019. Sure enough, the two met in the College Football Playoffs. This time, Lawrence got the win. Though Fields threw for more yards, he threw two costly interceptions while Lawrence added 107 on the ground. That loss stung. One thing was clear to Fields. If he got one more chance, the next time would be different.

Oh boy was it ever.

Ohio State and Clemson met for a rematch in the playoffs last year. This time, there would be no doubt who the better quarterback was. Fields had a game for the ages, throwing six touchdown passes with 385 yards in a decisive 49-28 rout of his longtime rival. He did that on just 28 passing attempts too. It was a signature performance. One that served to remind everybody that Lawrence might not actually be the most talented quarterback on that field.

Alas, it wasn’t enough. The narrative remained unchanged. Lawrence still ended up going #1 overall to the Jacksonville Jaguars. If that weren’t bad enough, Justin Fields didn’t even get the honor of being a top 10 pick. Let alone the #2 slot. He fell to the 11th spot where the Bears traded up for him. One can only imagine the chip that put on his shoulder. It is little wonder he said he was tired of talking and wanted to get to work.

Fields thinks he has something to prove.

That only serves to help the Bears. Getting a talent like Fields is great by itself. Getting one who is laser-focused on making all those teams who passed on him pay for their mistake is even better. This should fuel the kind of performances he’ll give in the future. Here’s hoping fans get treated to a Fields vs. Lawrence showdown in the NFL sooner than later.