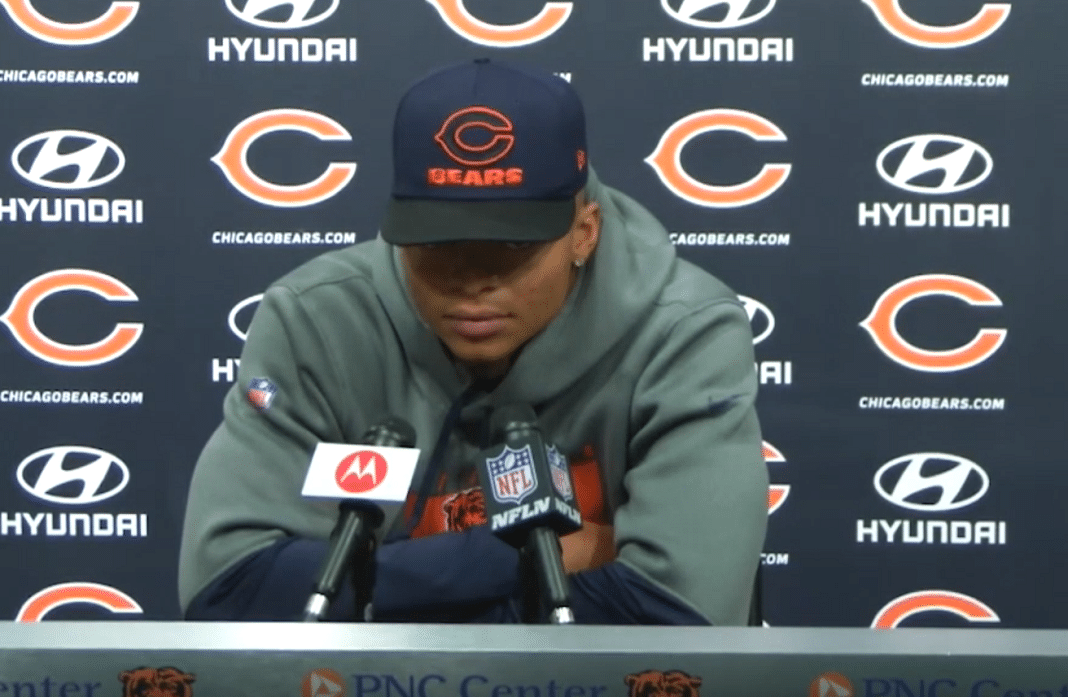 Justin Fields is about to get his first taste of the oldest rivalry in professional football. The Chicago Bears vs. Green Bay Packers. It’s a rivalry that can best be called a tale of two eras. The early decades were dominated mostly by Chicago. Since then? The Packers have pretty much owned the Bears thanks in large part to them having two of the greatest quarterbacks in NFL history, Brett Favre and Aaron Rodgers.

For context? Chicago beat them just four times over the course of the entire 2010s. A big reason for this lack of success is misery at the quarterback position. Jay Cutler couldn’t change that. Neither could Mitch Trubisky. Could Fields be different? Fans are anxious to find out. The media are well aware of this inferiority too. While asking the rookie about the rivalry, one of them attempted to make a joke. They called Chicago the “Michigan” of this Bears-Packers rivalry.

For those who don’t know?

Fields went to Ohio State. The Buckeyes have had a longstanding rivalry with Michigan going back to the early 1900s. During the past decade, it hasn’t exactly been balanced. Ohio State has beaten Michigan eight straight times and 17 of the last 19 times. As one-sided as it gets. One would think Fields would appreciate the joke being made. The media quickly found out they were gravely mistaken. The young QB didn’t even crack a smile.

This should serve as a clear reminder to everybody. Fields doesn’t think football is anything to joke about. Especially when it comes to winning and lose. The guy is an ultra-competitor. He is well aware of the history between Chicago and Green Bay. The idea that people are simply resigned to the reality that the Bears can’t beat the Packers? That is sickening to him. Unacceptable.

Justin Fields was and shall remain all business

This is why when he was asked about comparisons to Rodgers, he dismissed them out of hand. They don’t matter at all. His job isn’t trying to match fancy stats with Rodgers. It’s to win the game. That is his focus. If he has to throw the ball 40 times to win? Fine. He’ll do that. However, if he has to hand it off 40 times because the run game is working? He’ll do that too. Whatever it takes.

This was proven over the past two weeks. Justin Fields threw the ball a combined 37 times against the Detroit Lions and Las Vegas Raiders. Why? The Bears were running the ball really well. As a result, the rookie accepted the role of game manager. He protected the football, made smart decisions, and only threw when the team needed him to make a play. Most of the time he did just that.

Against Green Bay though?

They might need more than that. Everybody knows how this is going to go. Even with as well as the Bears defense is playing, the Hall of Fame QB will put points on the board. Probably somewhere between 20-24. In the past nine meetings, the Bears have managed to score that much three times. Now you might be starting to understand the inferiority complex. Fields is working to change that. It starts Sunday.