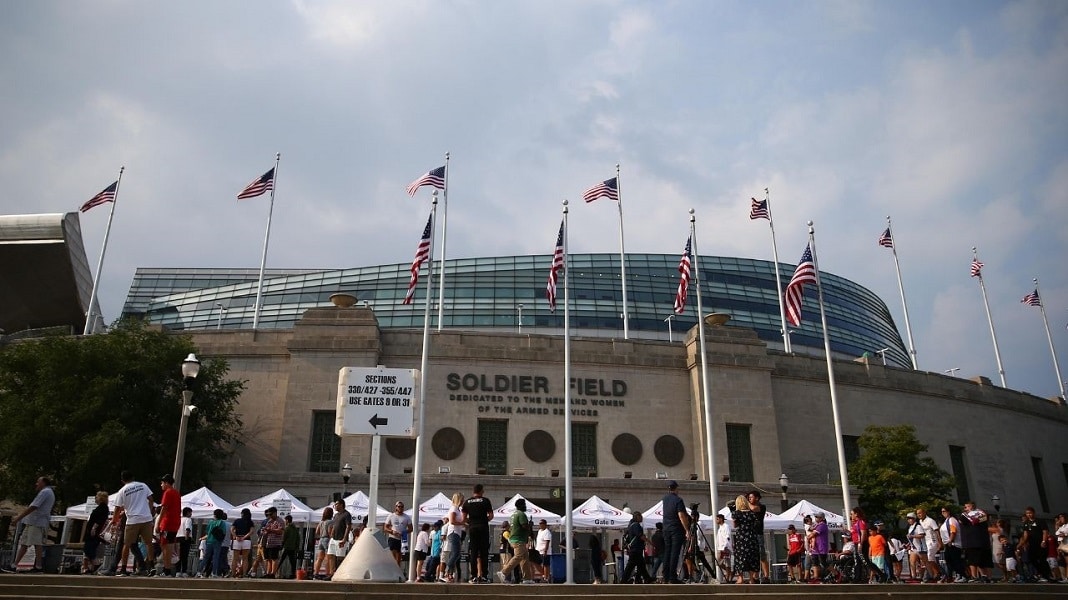 Jim McMahon remains one of the most revered figures in Chicago Bears history. A key fixture of their last true glory period in the 1980s. Without him, there is no way the team wins the Super Bowl in 1985. However, it appears the former quarterback has become somewhat disillusioned with the organization in recent years. There seems to be a lot of bitterness lingering from how they handled him on and off the field during that period.

While he relished playing with so many great players and having a ton of success, McMahon’s Chicago experience was far from rosy. One aspect about it he never cared for? Playing at Soldier Field. There were plenty of problems with it. The ultra-stiff astroturf likely contributed to some of his injury setbacks during that period. That and the obvious fact it was an open-air building.

Something that never made sense to him.

Being a quarterback as well as a California kid, McMahon never embraced the supposed advantages of “Bear Weather.” The idea was that the cold and windy conditions of the Chicago lakefront gave the team a distinct advantage late in seasons. Something fans embrace to this day. During an appearance on the Sports Gambling Podcast, McMahon was asked about the prospect of a possible new Bears stadium being a dome. His answer wasn’t hard to predict.

McMahon is honest as always. One of the reasons he’s remained a fan favorite, even if what he says doesn’t make fans happy. Plenty of Bears diehards are not thrilled about the idea of this team playing in a dome. It removes one of their key advantages and makes them just another boring dome team like all the others out there. Yet the possibility is there, like it or not.

Jim McMahon has an important perspective in this

It isn’t a secret by now that the Bears might be looking into a new stadium. Something that became clear when they put in a bid to purchase the 326-acre property of Arlington International Racecourse. This was the first official evidence they might be trying to find a way out of their Soldier Field lease. If they do plan to build their own stadium, would they dare consider making it a dome?

Jim McMahon raises a key point in this. As a quarterback, he likely would’ve had more success not having to combat both the cold and wind. It probably isn’t a coincidence the two arguably best games of his career were played in warm weather (Tampa in 1984) and a dome (Minnesota in 1985). One shouldn’t forget the Bears are preparing to forge ahead with Justin Fields as their quarterback of the future.

Maximizing his potential is their primary goal.

Wouldn’t putting him in a dome make sense? History says domed quarterbacks tend to have a ton of success. Drew Brees, Matt Ryan, Dak Prescott, Matthew Stafford, and Deshaun Watson being recent examples. Not everybody would agree with this approach. Tom Brady and Aaron Rodgers did just fine in bad weather stadiums. McMahon may have hated it, but he never found the same success after he left Chicago. So this is certainly a topic with merits to both arguments.