Jaylon Johnson was not pleased with the Chicago Bears this week. He received a notice from the team indicating he arrived late to the team facility on October 19th. This resulted in a fine of $2,745. The second-year cornerback took exception to that and decided to post it on Instagram. Either he didn’t realize the firestorm it would create or he knew exactly what would happen.

Either way, it is suddenly all people can talk about. Head coach Matt Nagy, who instituted this policy, was told about the post during his press conference on Wednesday. He was not aware of it but stated he’d speak to Johnson about it. This is exactly what the Bears need. A distraction during the week leading up to a game against the defending champion Tampa Bay Buccaneers.

Matt Nagy on Jaylon Johnson posting his fine letter: "Well, that’s news to me. But at the same point in time, I’ll be able to talk to him and see what that’s all about. But Jaylon’s been doing great. Again, for what it is and where we’re at, I’ll be able to discuss it with him." 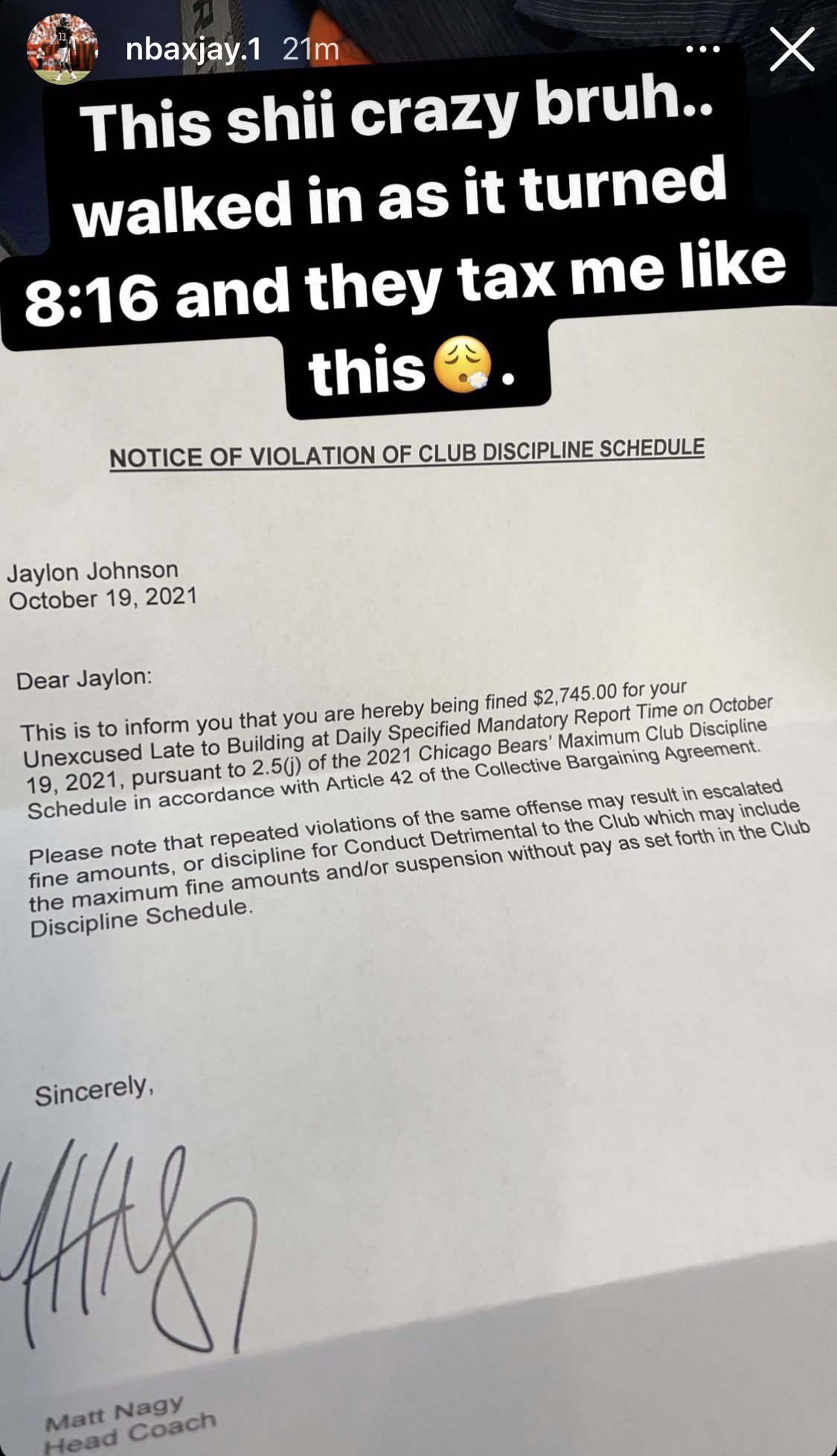 Everything about this feels remarkably stupid.

Nagy is not the only head coach in the NFL who fines players for not adhering to the team schedule. It is quite common. The difference here is Jaylon Johnson decided to make it a big deal by posting on social media. Never mind that he makes over $1.4 million this year. A fine of that size might as well be pocket money to him. While it is fine to feel irritated by the policy in general, it’s probably not doing the team any favors by putting it out there to create a media feeding frenzy.

Johnson has had a tremendous year up to this point. Nobody questions his work ethic either. Sure the fine might be a bit rigid since he wasn’t that late, but rules are rules. Even if the rules suck, the player is duty-bound to follow them. Openly defying those rules in a public setting never leads to anything good. Especially for a team that is trying to keep its head above water at 3-3.