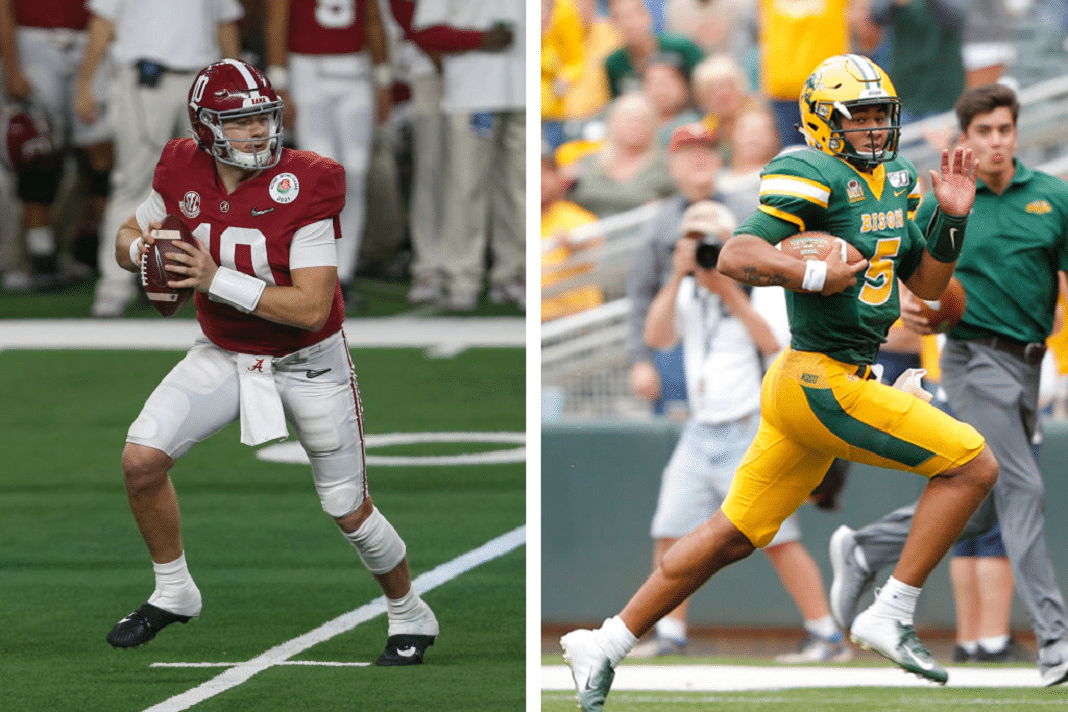 Is drafting a quarterback a possibility for the Chicago Bears? That depends on when. If one is talking about the later rounds (2nd-7th) then it’s always possible. Then again Ryan Pace has never done that once in his tenure. So the conversation would have to center on the 1st round. That is difficult to answer. Not necessarily because of the Bears’ need at the position but more where they sit in the pecking order.

With the 20th pick this year, that isn’t exactly prime real estate for a quarterback in the 1st round. It hasn’t been for a long time. Not since the position has become the most important thing in professional sports. Usually, a team needs to be at least in the top half of the round to have a halfway decent shot at landing one. Yet there is rampant speculation it could be even worse this year.

NFL insider Peter King of NBC Sports got in touch with some personnel people around the league to get a gauge on the quarterback landscape. It appears the strength of the incoming class, the severe financial impact of the 2021 salary cap, and the heavy concentration of QB-needy teams could see a huge run right from the jump.

When I told one NFL personnel man who is scouting quarterbacks heavily the McShay 1 through 4, he said: “Three of those four will be taken in the first four picks. The Eagles [at six] will be lucky to have a good one fall to them.”

This would go a long way towards explaining why experts believe Mac Jones of Alabama, the 5th-best QB on most boards in this class, is expected to go considerably higher than the media is projecting. Former GM Mike Tannenbaum believes his floor is at #8 to the Carolina Panthers. While some of this could just be league misdirection to sow confusion, it paints a clear enough picture. If the Bears want a quarterback, sitting #20 isn’t going to do them any good.

Chicago Bears unlikely to catch a break in this draft

Of course, predicting the draft is never possible. There is no telling what will happen. Players fall for unexpected reasons all the time. Even quarterbacks. Deshaun Watson dropped all the way to 12th in 2017. Lamar Jackson went 32nd in 2018. Is it possible one of those quarterbacks slips through the cracks? Yes it is. The problem is will it be the one the Bears want?

It’s hard to bank on that happening. The two most likely names who could drop at this point are Jones and Trey Lance of North Dakota State. Jones because of his limited physical upside and Lance due to his substantial lack of experience (just 318 total passes in college). Would Ryan Pace and Matt Nagy be willing to bet their jobs on either of them?

Maybe, but the odds are good they’d prefer one of the top three guys.

Trevor Lawrence is expected to go #1 overall to the Jacksonville Jaguars. That means either Zach Wilson of BYU or Justin Fields of Ohio State would be the preferred targets. With the Jets (#2), Dolphins (#3), and Falcons (#4) all either needing quarterbacks or being prominent spots for other teams to move up? The personnel man is correct. All three could be gone before the top 5 picks are even over.

Not an enviable position for the Chicago bears to be in.