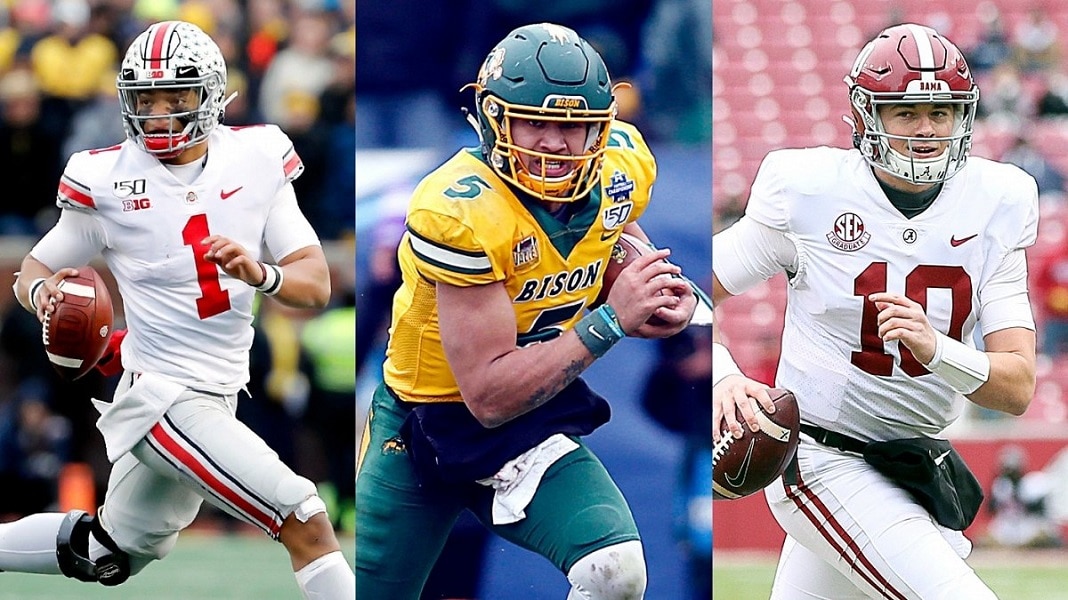 Chicago Bears fans who continue to follow the NFL draft rumor mill know one thing. So much of what will happen in the 1st round depends on the #3 overall pick. That is where the San Francisco 49ers reside. Everybody knows they’re planning to take a quarterback. Yet it’s still unclear who that will be. All they know is it won’t be Trevor Lawrence or Zach Wilson. That leaves three names to choose from. Mac Jones of Alabama, Justin Fields of Ohio State, and Trey Lance of North Dakota State.

Two of those three guys aren’t going to hear their name called. What matters for the Bears is whether one of those names is a QB they covet. Somebody they’d be willing to move up for. Former GM Michael Lombardi of The Athletic doesn’t know who exactly will be the pick. However, he is confident of who it won’t be. He explained on his most recent podcast.

The confusion around Justin Fields is pretty remarkable.

Plenty of experts are convinced he will go #3 to San Francisco. Some are even surprised he isn’t going #2 instead of Wilson. Yet the general feeling several continue to get is Fields could end up falling. The explanations as to why aren’t entirely clear. Among the most accepted explanations is his questionable ability to process defenses before and after the snap. Is this accurate? That depends on who you ask.

Some say he doesn’t process well. Others say he processes just fine but didn’t do it a lot because he didn’t have to. Fields is a talented young man. Big, strong, and fast. His ceiling might be the highest of any quarterback in this entire class. Yet the questions of his processor and also coming from Ohio State, a school known for disappointing NFL quarterbacks, has teams wary of him.

Is Fields worth the risk of a Chicago Bears move up?

From a talent perspective, this isn’t even a question. He has All-Pro potential. Think a faster version of Cam Newton with better passing accuracy. That is not an exaggeration. He has that sort of capability. The problem is with quarterbacks it’s not just about physical skill. Brainpower matters more at that position than any other in professional sports. Can he diagnose the types of coverages and blitzes defenses might be showing him? Can he go from his first progression to a second and third in split-second intervals?

This is honestly a question almost every quarterback coming out of college has to face. Most of them aren’t at the point where they can do it regularly. It falls on the selecting team to determine whether they have the mental aptitude to learn how. The Chicago Bears failed at that juncture with Mitch Trubisky. So if they intend to do this again, they must try every trick they can to determine if Fields is different.

Quarterback evaluation is hard. There is a reason teams continue to study the top names on the board even up until the start of the draft. Every piece of information is seen as vital to form the overall picture. This is where the Bears may have failed four years ago, having locked in on Mitch Trubisky so early in the process that they didn’t do their due diligence on Patrick Mahomes and Deshaun Watson. Maybe that bitter lesson could help them now.