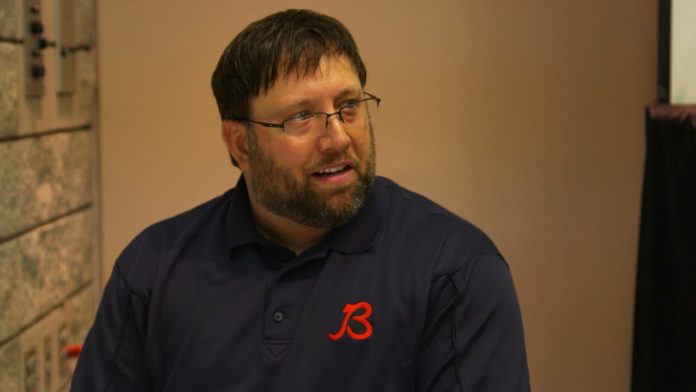 Ryan Pace is in an awkward spot. After a 5-1 start by the Chicago Bears this season, it seemed almost a lock that the GM would survive into 2021. However, the team has since lost three consecutive games. Their hold on a playoff spot in the NFC is slipping away and a big reason for that is the dismal state of their offense. One that he personally built from the ground up.

This unit ranks 29th in the NFL through nine games. It was 29th last season as well. So it’s clear there is no improvement at all despite a myriad of moves Pace has made. Everything he’s tried seems to have flamed out. Kevin White? A bust due to injuries. Mitch Trubisky? Gave up three additional picks to get him and he turned out to be average at best. Anthony Miller? Runs way too hot and cold. David Montgomery? Tough, tough runner but lacking that extra gear.

To say nothing of what he did to the offensive line.

Put simply? He cut corners. Pace considered Charles Leno good enough for left tackle. He signed Bobby Massie, a failed experiment from Arizona to play right tackle. His only significant investments via the draft were James Daniels and Cody Whitehair, both 2nd round picks. They are the only picks from the top 3 rounds the GM has used on the front five. It’s little wonder the group fell apart as it has.

These failures are impossible to hide from. This is why many in the Bears media and fandom think he needs to go. If that happens, they need to find somebody who can fix this offense. That means yet another venture into the unknown, right? Not necessarily. The Bears haven’t promoted from within at GM in over 30 years, but they might want to consider that this time.

Who for? College scouting director Mark Sadowski. Not only does this man bleed navy blue and orange, but he also has a strong track record for finding offensive talent as Dan Pompei wrote back in the spring.

“With the Bears, Sadowski makes convincing cases to draft Greg Olsen, Eddie Jackson, Tarik Cohen and Bilal Nichols. He also advocates for the team to sign Mario Addison as an undrafted free agent.

In 2001, Sadowski pushes for the Saints to draft Deuce McAllister, who becomes the team’s all-time leading rusher. That same year Pace joins the Saints as an intern, and Sadowski impresses him with his passion.”

Greg Olsen is one of the great tragic stories in Bears history. It was obvious by the end of 2010 that he was an emerging star at tight end. A true weapon in the passing game. Then that 2011 offseason, they unceremoniously traded him to Carolina for a 3rd round pick. Olsen went on to post 6,463 yards and 39 touchdowns for the Panthers while making three Pro Bowls. He was instrumental to their Super Bowl push in 2015.

Tarik Cohen? People are gaining a greater appreciation for what he meant to the offense since tearing his ACL. His versatility made him such a dangerous weapon. He’s averaged 4.2 yards per carry for his career and has 209 catches in less than four seasons. On top of that, he’s a former All-Pro punt returner. The guy is the definition of offense.

McCallister? He was a two-time Pro Bowler in New Orleans with three 1,000-yard seasons in four years, carrying the Saints through some dark times in the early 2000s before Sean Payton and Drew Brees arrived to change everything. Injuries sadly shortened his career but a great player at his peak.

Sadowski doesn’t get a lot of national hype, but he’s been in this business for a long time. He’s ready for a shot and has the credibility and track record to pull it off. Ryan Pace may have opened the door.