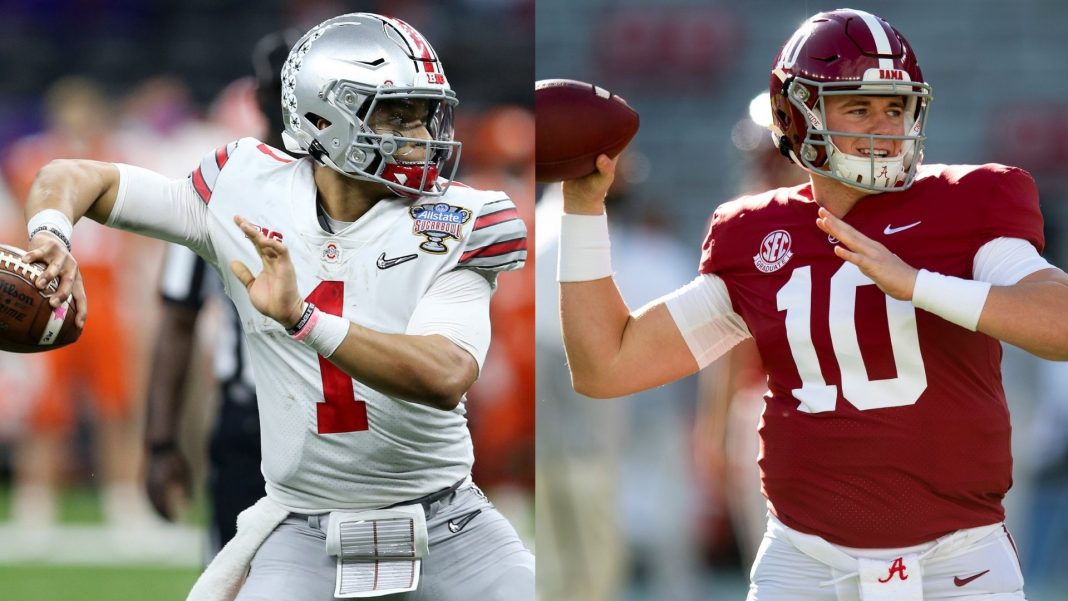 The Chicago Bears fanbase needs counseling for PTSD with all the false hope they’ve had shoved down their throats by the media this offseason. First, it was the Russell Wilson tease. Something that never seems real and turned out not to be. Now there is a growing buzz that GM Ryan Pace and head coach Matt Nagy might be considering a huge jump up the board for a quarterback. A move that top insider Ian Rapoport may have just killed.

As the rumor goes, there is a belief that Chicago might be looking to jump up from #20 all the way to #4. This in an effort to claim one of the two remaining top five QBs on the board depending on who the San Francisco 49ers take at #3. It will be one of Justin Fields, Trey Lance, or Mac Jones. Based on what Rapoport is hearing?

They may not get that chance.

Despite a persistent buzz that Atlanta is considering a trade down from #4 to acquire picks, the feeling in league circles is different. Many prominent NFL people have it in their minds that the Falcons are going to stay put and take a quarterback. New GM Terry Fontenot is keen on this idea. No doubt he understands Matt Ryan is 36 and nearing the end of his career. This might be their best shot to secure his heir apparent.

If this does happen, it would mean only one quarterback of the top five remains. Would the Bears be willing to chance moving up for the fifth guy off the board? Everything about that feels like a massive reach. Especially if it doesn’t end up being the guy they might’ve preferred.

Ian Rapoport at least brings Bears fans back to reality

Making a splash at quarterback would be a preference for the team. They know Andy Dalton isn’t their future. There is a reason they only signed him to a one-year deal. Yet Pace can’t afford to get crazy. Sometimes the board just isn’t going to fall your way at a certain position. He has no control over four quarterbacks going in the top four picks. That has never happened before in NFL history.

Jumping up to grab the last QB of that group would reek of desperation and would require a substantial amount of luck for him to turn out good. A far smarter plan is to stay put at #20 and take the best player he can get. Then see if they can find a developmental arm on Day 2 in the 2nd or 3rd rounds. Somebody who can benefit from learning behind a consummate pro like Dalton.

It is a far more pragmatic approach.

Pace has already thrown away several future picks seeking “his” guys in previous drafts. The results have not justified those decisions. Yes, the Bears need a quarterback but this revelation by Ian Rapoport paints a clear enough picture. Lunging at needs is how teams tend to become bad and stay bad. Jerry Angelo fell into the same pit right before he was fired back in 2012. Pace is in serious danger of doing the same.